A grubby and disheveled young man wanders through the Norwegian countryside. He’s clearly distressed and disoriented. He sticks to lonely places and avoids people, but everyone has to eat and eventually he ventures close to town. Trying again to escape into the woods, he is harassed by a gang of youths. The encounter is one he attempts to evade, but it ends up being far more disastrous for the bullies, than for him.

In Mortal, director André Øvredal, who gave us The Autopsy of Jane Doe and the highly entertaining Scary Stories to Tell in the Dark (with Guillermo del Toro), again delves into Scandinavian mythology as his did in his breakout movie Trollhunter. Nat Wolff plays Eric, a young American who has travelled to Norway to meet with the present-day successors of his ancestral family, only to discover he has unusual abilities which reveal themselves in the most tragic and brutal of ways.

After the clash with the youths, Eric is arrested. Bjørn (Per Egil Aske), the father of one of the boys is bent on retribution, and the inhabitants of the small town where the incident occurred suspect Eric of other crimes. The local sheriff, Henrik (Per Frisch), calls in a young a psychologist called Christine (Iben Akerlie), to try to coax the silent and traumatized Eric into speech. 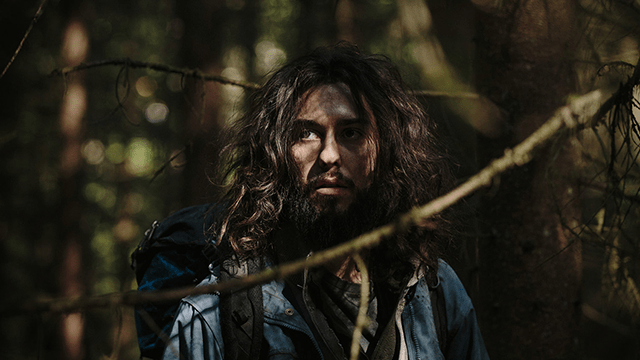 Sheriff Henrick is sure that Eric is the lone survivor of a fire which burned up a family farm and incinerated all the inhabitants living there. One last person was thought to have emerged alive.

Just as Christine makes a breakthrough in communicating with Eric and succeeds in encouraging him to reveal the source of his confusion and anguish, representatives of the American consulate arrive. They are intent on taking Eric back to the States. However, their objectives towards him are not immediately clear. Hathaway (Priyanka Bose) the official in charge, evades Henrick’s questions and avoids revealing her motives for insisting to take Eric into her charge.

Knowing Eric’s secret, Christine is uneasy about letting him leave with the Americans in their helicopter, and it turns out that her fears are well founded. 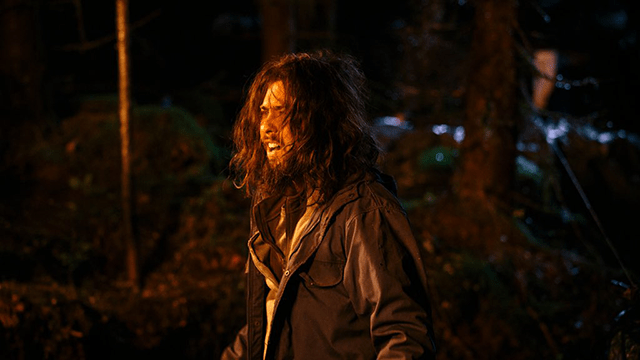 Mortal becomes a movie which deals with a journey to amazing yet painful, self-discovery. It is also a chase movie, where Eric and Christine must evade various people that are hunting them down. The photography of Norway’s beautiful scenery is breathtaking, so much so that the location becomes integral to the narrative, playing into the mythology of the country. It almost becomes a character in itself.

The gentle Christine plays her part in trying to protect her charge as they both discover the extent of Eric’s powers and how his emotions are key to controlling them. However, As the chase closes in, the action also escalates and the sequences revealing Eric’s abilities becoming truly ‘electrifying’.

In this updated version of the Nordic legend of Thor, it seems that having god-like abilities may not be the empowering experience one might imagine it to be, in fact it’s fraught with misunderstanding, tragedy and personal injury. 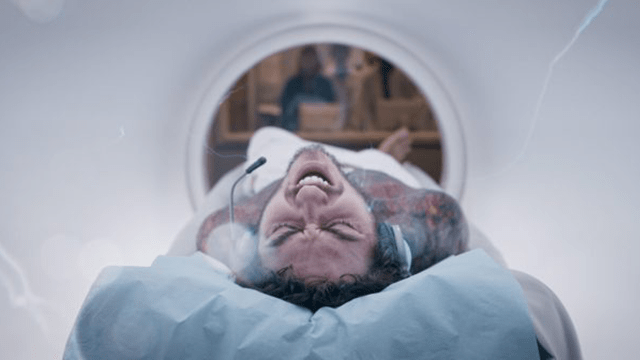 Fans of the Marvel films may well be disappointed with this darker and more prosaic version of the Norse myth. This isn’t the Thor and Ragnarok of the comics – here it is the culturally sensitive and understanding Norwegians that are the ones that begin to accept the bewildered American newcomer in their midst. They are the ones who want to guide him to find enlightenment regarding his origins in the land of his ancestors.

His American countrymen, however, in their intolerant and myopic way, would prefer to kill him, opting to destroy what they can’t own or control. Needless to say, the American tendency towards resolving matters with violence indicate that things may not end well. The cult of the God of Thunder has its own drawbacks. No wonder the gods seemed to so often to be angry.

I watched this film preferring not to know where it was going, and I found Nat Wolff’s initial appearance as the reclusive and broken drifter with a gift for unwitting destruction affecting and sympathetic. Initially, I wasn’t sure about the turn into Norse mythology, but it is an André Øvredal film after all, and the director handles the transition reasonably well, revealing the story of Eric’s origins gradually and grounding them in the realism of contemporary Norway.

The two don’t always sit well together, but committed and naturalistic performances by all the actors makes the ride flow more easily, as do the gorgeous shots of the Norwegian landscape. Iben Akerlie gives a sensitive performance as the guileless Christine. The weakest link may well be Priyanka Bose’s character Hathaway – apart from being bent on assassination, her character and motivations remain unexplained and undeveloped. 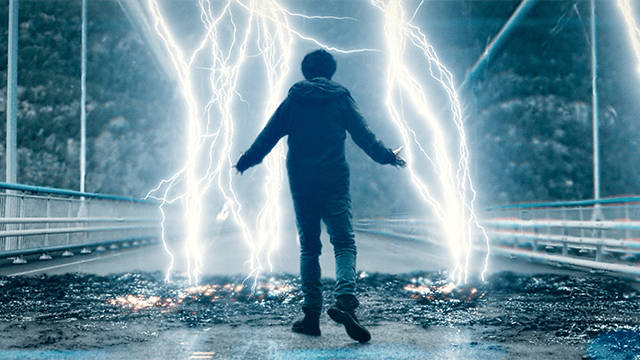 Mortal proves to be an engrossing and exciting experience, offering an original take on what might be the precarious and equivocal position of gods and mythology in the modern world. I’m fairly sure Marvel fans will hate it, but for those more receptive to unusual interpretations of mythology, Mortal provides a refreshingly different viewpoint.

In addition to cerebral satisfaction and beautiful locations, the film has some truly spectacular special effects (nominated for a Best Visual Effects award in Norway). It’s a bold addition to the superhero genre. If you’ve enjoyed André Øvredal’s other films (and I have) I’d say it’s definitely worth catching Mortal when it’s released in the UK by Signature Entertainment on digital platforms on the 3rd August, and DVD on the 24th August.