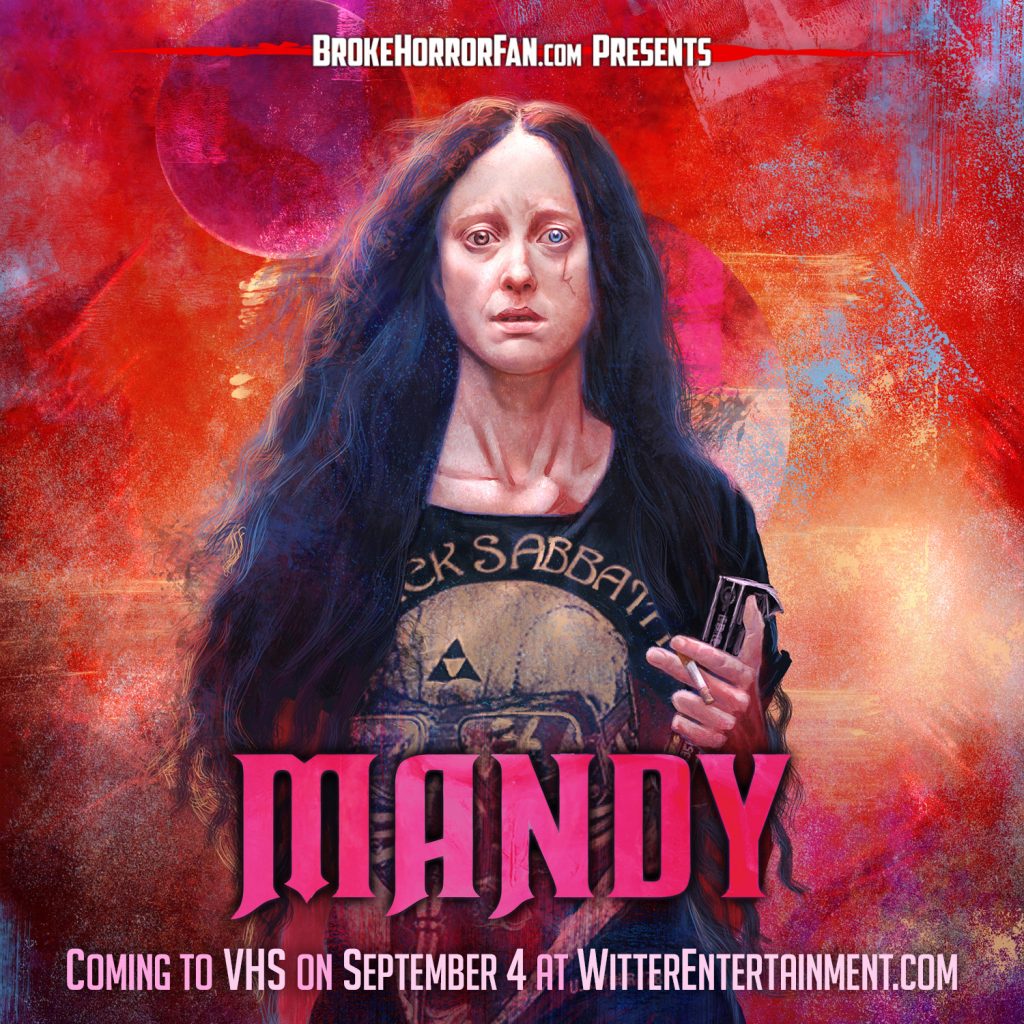 The 2018 horror favorite is directed by Panos Cosmatos (Beyond the Black Rainbow). Nicolas Cage (Color Out of Space), Andrea Riseborough (Birdman), Linus Roache (The Chronicles of Riddick), Richard Brake (3 from Hell), and Bill Duke (Predator) star.

Mandy arrives on VHS in a black clamshell case with several limited edition variants, including artwork by Vasilis Zikos, artwork by Christopher Shy, and a special edition with a red VHS tape.

For optimal VHS viewing, the film has been cropped from its original aspect ratio to 4:3 full frame. It is officially licensed by RLJE Films and has been approved by producers SpectreVision.