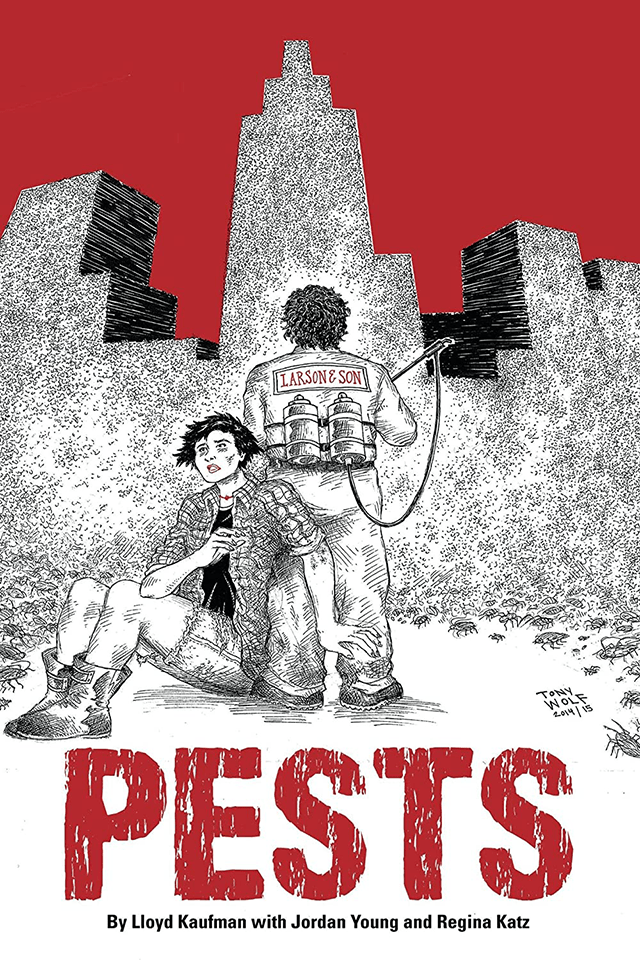 A titanic story about Phil, a down and out underdog exterminator, and the freak accident that changed his life. Phil decides during his convalescence that he will use his newfound power for good and disrupt the corrupt corporate film interests that threaten the only things he’s ever loved: movies.

The book explores the seedy underbelly of the Hollywood elites and plays against the notion of what or who the troublesome “Pests” of our society really are.

There is a current, overwhelming need for multiple upheavals in our current world; a fresh start for something that has been diluted and corrupted over time. The protagonist, Phil, does something we all do in these situations: helps where he can, in the way he knows best. Phil’s best is better than most, due to his newfound ability to read other people’s minds. During the course of this outlandish, fantasy revenge story, Phil gets first hand exposure to the corruption, and ring of pedophiliacs that have corrupted the only thing he has ever loved. It’s up to Phil to leave his life as an exterminator, and track down and eliminate the pests that plague the film industry.