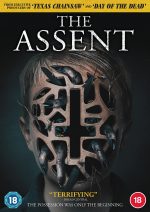 In Pearry Reginald Teo’s new horror film, The Assent, a widowed father named Joel, (Robert Kazinsky, Warcraft: The Beginning) is taking medication to keep at bay the hallucinations he suffers due to his schizophrenia.

We learn that Joel is trying to care for his young son Mason, (Caden Dragomer) while they piece together their lives in the wake of his wife’s death in car accident. Sadly, Joel is in danger of losing his son to social services if he fails to prove that he can hold down a permanent job (he’s currently doing casual work at a local garage) and provide financially and emotionally for Mason. In his current situation he is barely making ends meet.

Things go from bad to worse when his social worker Dr. Maya, (Florence Faivre) gives him a deadline to sort out his life and improve his finances, before she feels compelled to recommend that he should hand over custody of his son. On the same day, his longtime babysitter Cassie (Hannah Ward) announces that she’ll be leaving for college and will no longer be able to look after Mason.

Rather unhelpfully, Joel has filled his house with grotesque sculptures which he creates, presumably, as some form of therapy to allay his mental illness. However, we might suspect that a home forever in semi-darkness, filled with monstrous gothic constructs, pictures of demons, and dilapidated furniture, might not be the healthiest environment for a schizophrenic trying to bring up a child. 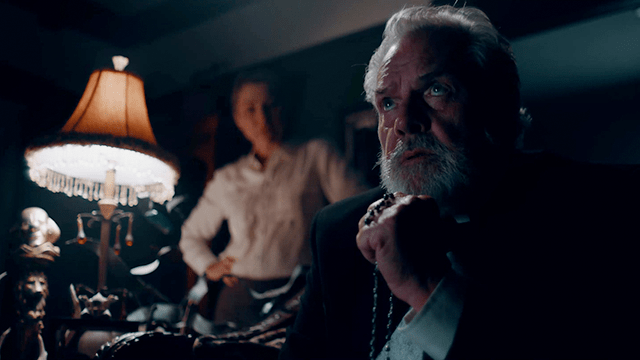 Further pressure is heaped on Joel when Mason begins seeing visions and acting strangely, and Joel begins to suspect that his young son may also be afflicted with schizophrenia. Cassie the babysitter, however, becomes convinced that Mason’s odd behaviour and the disturbing events in his home have a supernatural explanation.

She is so concerned that she contacts her local priest, Brother Michael (Douglas Spain), who happens to have an older fellow priest, Father Lambert (Peter Jason), as a guest. Father Lambert is notorious as he has recently been released from prison after serving time for his participation in a botched exorcism that resulted in the death of a child.

After listening to Cassie’s concerns, Father Lambert and Brother Michael become convinced that Mason is possessed by a particularly malevolent demon that they’ve been hunting for years. 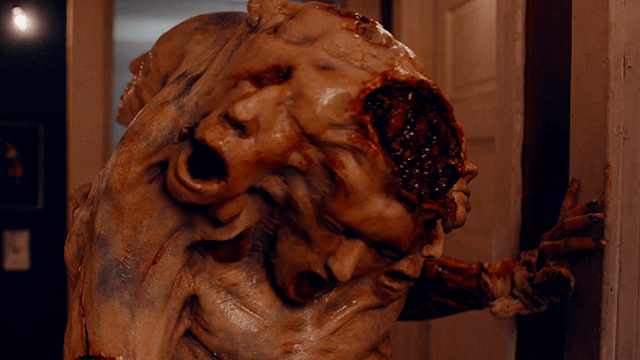 So far, so familiar, but at the beginning of the film there is an opening voiceover and grainy footage of an exorcism, which explain the meaning of the film’s title. It seems that the ‘The Assent’ is one of the stages of demonic possession, the first two being ‘The Presence’ and ‘The Affliction’. ‘The Assent’ is the third and final stage where the host capitulates to the possessing demon and allows him to take his soul, making it practically impossible to exorcise him.

After the endless stream of possession horrors this, at least, seems to be a take on possession lore that holds some promise for new terrors. Writer-director Teo adds some interesting stylistic and narrative touches and despite the low budget, the film looks as good as a well-financed Hollywood project.

The filmmaker also manages to conjure up some creepily effective visuals including Joel’s horrifying ‘schizophrenic’ visions, which Joel photographs with a Polaroid camera in an effort to verify whether they are real or whether they are just projections of his troubled mind. These are depicted with vibrating split-colour effects that call to mind the blurry double-vision of old-school 3D red/blue spectacles. 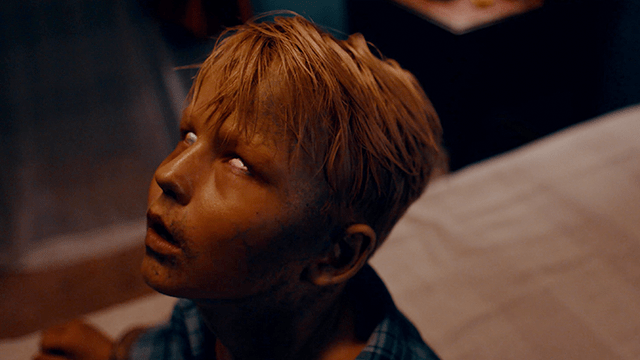 As the main character Joel, Robert Kazinsky tries to bring some veracity to his performance but is slightly undermined by veteran character actor Peter Jason (who has appeared in seven John Carpenter films) who delivers his lines of pseudo-religious hokum with jaded expertise. There is also an appearance by a virtually unrecognizable Tatum O’Neal in the role of Dr. Hawkins, a doctor who provides medical supervision throughout the exorcism.

By choosing to focus on Joel for its narrative and perspective, director Teo manages to take a more psychological approach to his subject matter and along with his central character, to keep us guessing as to whether we’re seeing supernatural shenanigans or just manifestations of a tragic form of schizophrenia. Teo also tries to pull the rug out from under us in an ambitious final twist that almost comes off.

For a film with a modest budget, The Assent proves to be reasonably well-done horror, (I’ve seen a lot worse). It can range from terrifying, to tense, to silly, but is subtler and less exploitative than many other examples of the genre. In conclusion, The Assent succeeds as a film that employs just enough scares and tricks to remain creepily entertaining.