Whilst most film festivals are going digital, the 20th annual Tromadance Film Festival drives on to The Mahoning Drive-In Theater for reel independent entertainment on 7-8th August!

For the first time ever, Troma Entertainment – the world’s longest running, independent film studio and a cornerstone of horror, sci-fi, action, comedy and cult cinema – is teaming up with one of the most original drive-in theaters in America to create an unparalleled Tromadance experience, featuring The Slashening: The Final Beginning, Return to Return to Nuke ‘Em High AKA Vol. 2, Mutant Blast, The Toxic Avenger, Terror Firmer, and Poultrygeist: Night of the Chicken Dead, all on the big screen, over two fanTOXIC nights of Troma goodness! 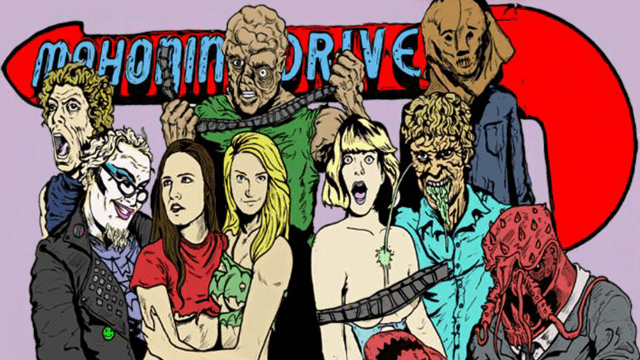 The Mahoning Drive-In Theater, located at 635 Seneca Road in Lehighton, Pennsylvania, was built in 1948, and opened for its first season the following year. Since then, it has entertained moviegoers for over half a century on the largest CinemaScope screen in Pennsylvania! They offer an exclusively retro 35mm film program, which is presented reel-to-reel via original 1940’s Simplex projectors! In recent years, The Mahoning has hit legendary status as America’s only 100% 35mm retro classic drive-in. Hosting some of the most alternative events imaginable and offering extended overnight passes.