Dragonheart: Battle for the Heartfire (2017) | Directed by Patrik Syversen 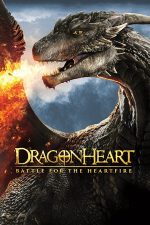 Dragonheart: Battle for the Heartfire is a sequel to the third film, Dragonheart 3: The Sorcerer’s Curse (review), but you don’t need to see the earlier film to understand the plot. Battle for the Heartfire begins during the last moments of King Gareth, the once young knight from Dragonheart 3 (now played by Valeriu Bazu), and focuses on potential rival rulers. The dragon in this story is still Drago from the previous film, but he is now voiced by Patrick Stewart; whose voice is on par with Sean Connery as Draco from the original Dragonheart.

Drago is rendered helpless yet again; this time by his heart fire being stolen. As a result, Drago is more like a wise old sensei than ever before. In fact, there are few scenes with him actually fighting, although he does get more screen time and the design looks friendlier than in the previous film.

The highlight of the story is the relationship between two of the potential rulers of the throne – Gareth’s grandchildren. Both of them are marked by dragon scales, but this is where the similarities end. Edric (Tom Rhys Harries) has scales on his back and possesses great strength, whereas his sister Meghan (Jessamine-Bliss Bell) has scales on her face and can control (but not create) fire. 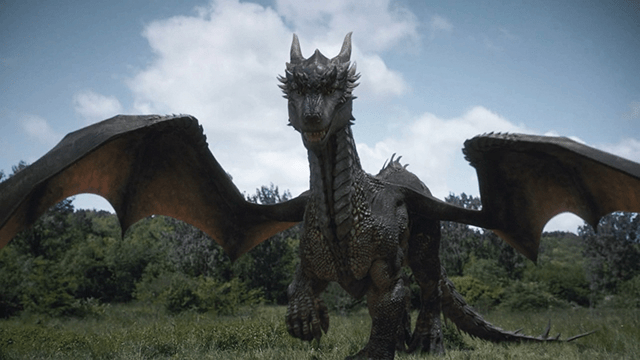 As Battle for the Heartfire is set during medieval times, these skills and afflictions are viewed differently, and through a series of interesting flashbacks, we get Edric and Meghan’s family story. The main story is also every bit as exciting, with sibling rivalry, high politics and Vikings. This is also the first Dragonheart film which doesn’t feature a male knight in the lead, and instead tells the tale of a brother and sister whose dragon blood has driven them apart and affected how they are treated in this world. There are still familiar elements from the rest of the franchise, like the musical score and the Draco constellation: Will Drago earn his star in the sky when he dies?

Overall, Dragonheart: Battle for the Heartfire has less sword fighting, less special effects, and less dragon action than any other film in the franchise. However, the story and relationship between Edric and Meghan, and their differences, makes this my favourite Dragonheart sequel so far.