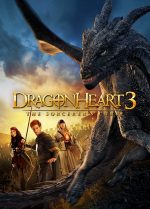 Dragonheart: A New Beginning was released in 2000 and for 15 years it was the last Dragonheart. Probably because it didn’t do as well as the original – it no longer had Sean Connery as the voice of the dragon, Draco – and the story elements were too similar. Another possibility for the long delay is because storywise Dragonheart: A New Beginning was about the very last dragon, so it left little room for a sequel. However, there have now been three direct to DVD/streaming prequels produced for the Dragonheart series in the last five years. As a Dragonheart fan, I’m going to review each of them to determine if they are worthy successors to the original classic.

Dragonheart 3: The Sorcerer’s Curse is a prequel to the original film. Like the earlier Dragonheart films, it concerns the poor being oppressed in medieval times, and a dragon sharing his heart, his emotions and his pain too.

Gareth (Julian Morris), the hero in this film, is a talented swordsman but his pity for the poor costs him his knighthood. Seeing a sign of fire in the sky, he climbs over Hadrian’s wall to the North and to the dangerous land of the Celts. Why does he do this? Because he’s desperate for money and won’t take it from the poor, and because the family who have shown him kindness believe in the fire. This duality is display throughout most of the film until Gareth becomes closer with the rebels; including their leader, Rhonu (Tamzin Merchant). 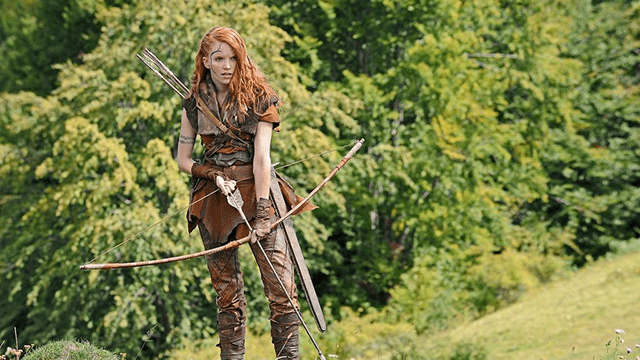 Gareth is elevated higher than your stereotypical medieval fantasy character unfortunately he’s the only one. Brude the Sorcerer (Jonjo O’Neill), is a typical villain after conquest, but I no idea how he is able to fight so well with a sickle. It must be something to do with his powers as a sorcerer, because he shouldn’t be able to beat a Knight and his sword.

The dragon called Drago (Ben Kingsley) – a similar name to the previous dragons in the series – looks much more malevolent and I think he shares his heart too early, but does it out of respect. This is different to previous films in the series; for example, the dragon’s heart was shared in the original because Draco thought the Prince would be honourable. Whereas in the sequel, our hero defended the dragon, Drake, throughout and nearly died saving him. 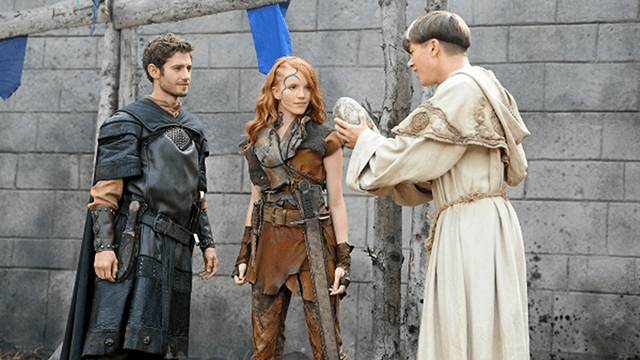 Another difference is that Drago only learned how to speak after sharing his heart. In Dragonheart 3, Drago and Gareth are trading insults playfully throughout, and the scene where they playfully hurt themselves only to hurt the other is one of my favourites. But this too is similar to the earlier Dragonheart films. Another interesting difference is that Drago is cursed by Brude to be stuck in the form of smoke during the daytime and thus is slowly turning evil. The smoke dragon design, which shows glimpses of his skeleton is actually quite cool. Other than that, the visuals are OK but nothing noteworthy and there are limited special effects. One last thing of note is that the soundtrack is fitting for the series, and even includes the iconic theme tune of the earlier movies.

Overall, this film doesn’t break the Dragonheart mold often but the inclusion of the smoke dragon is something different and interesting. However, most of the characters are two dimensional and overall the visuals are average.