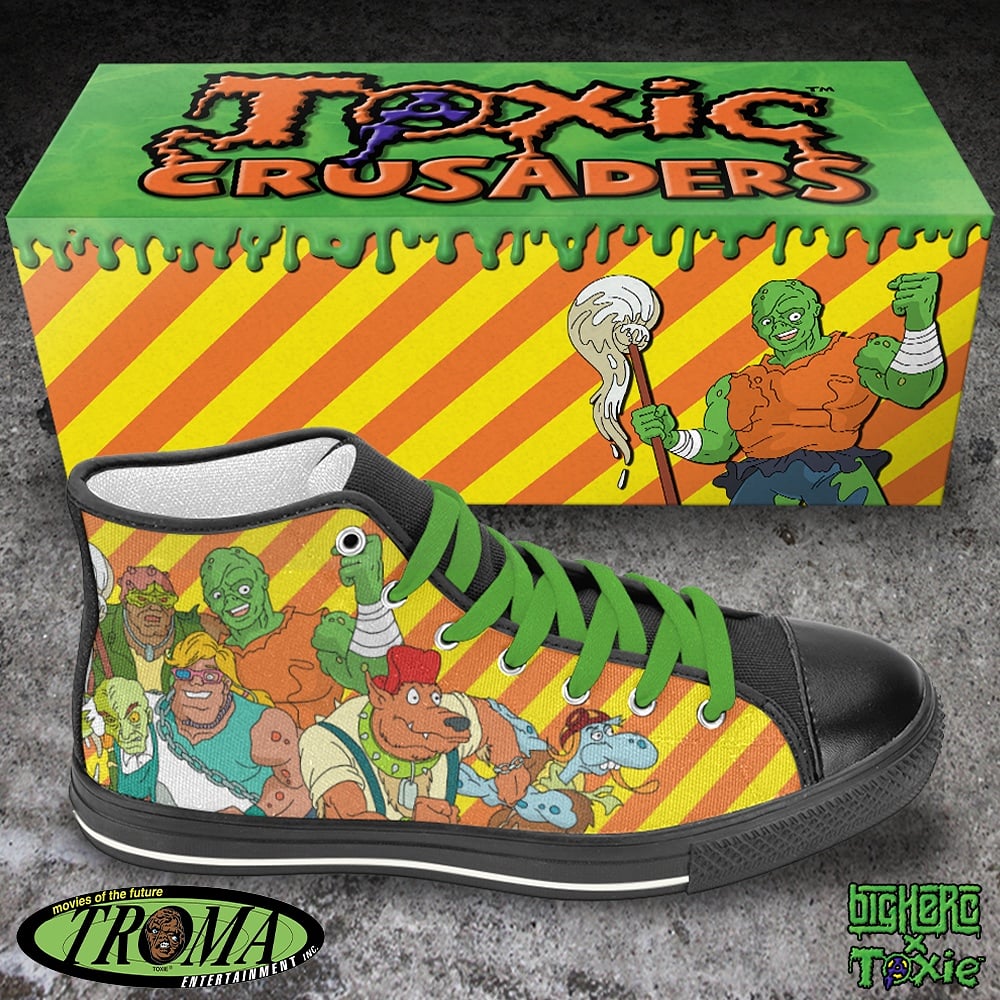 Born from The Toxic Avenger movieverse that first debuted back in the 80s – which currently includes three films, a musical, comic books and a video game – Toxic Crusaders was a Saturday-morning cartoon show first launched in 1991. The series followed the main character of Toxie and his ragtag band of crusaders, who did battle with various polluters of the environment. 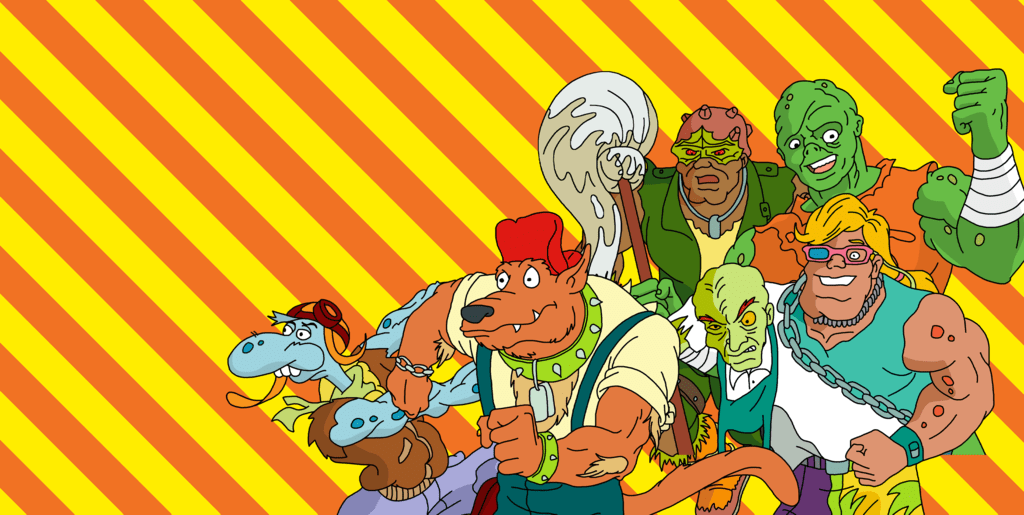 These high tops are a very limited edition run. Only 250 pairs were made available and stock is now low. Each pair will contain a distinct stamp on the box, indicating its numerical order.

The Toxic Avenger slip ons feature the iconic movie poster artwork from Toxie’s second feature film, and are also a very limited edition run. Only 300 pairs are available! Each pair also come in a hand numbered shoe box, indicating its numerical order. They also come with an exclusive, hand numbered trading card and a Toxie shot glass. The shoes have three different color combinations and kid’s sizes are also available. 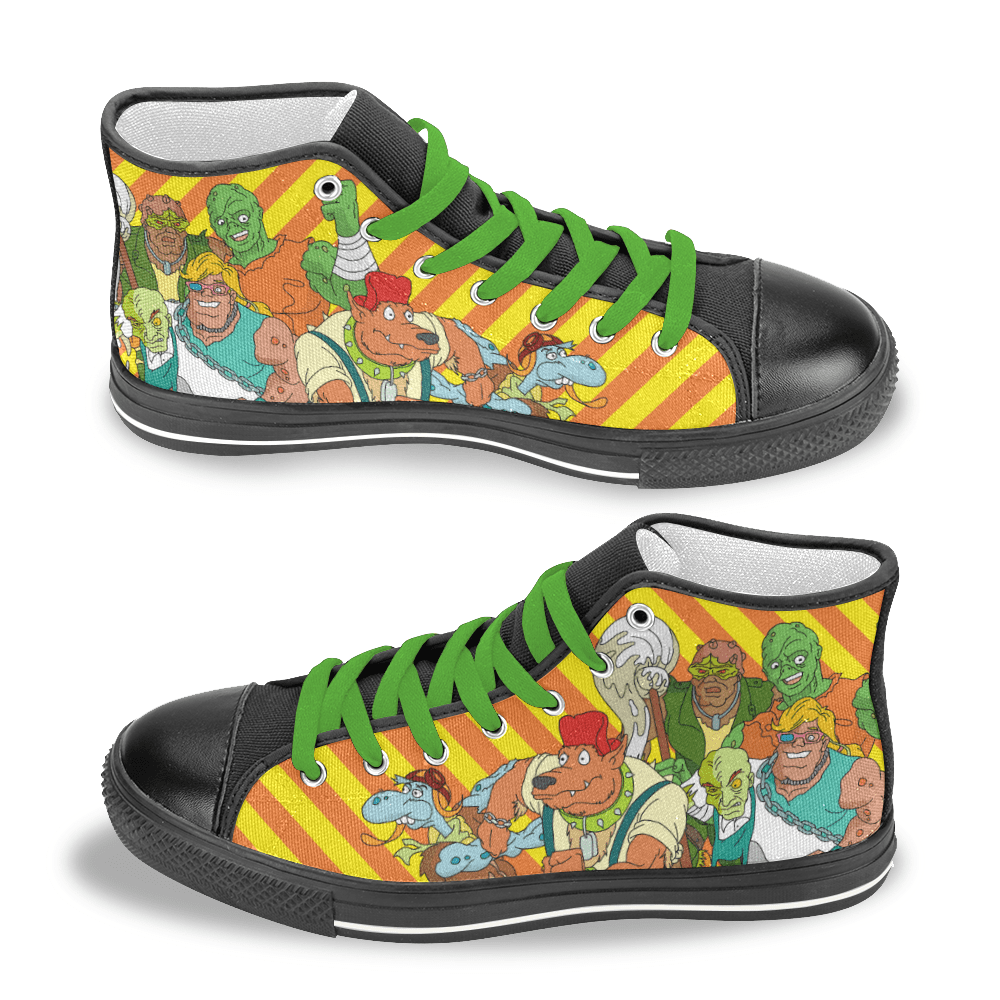 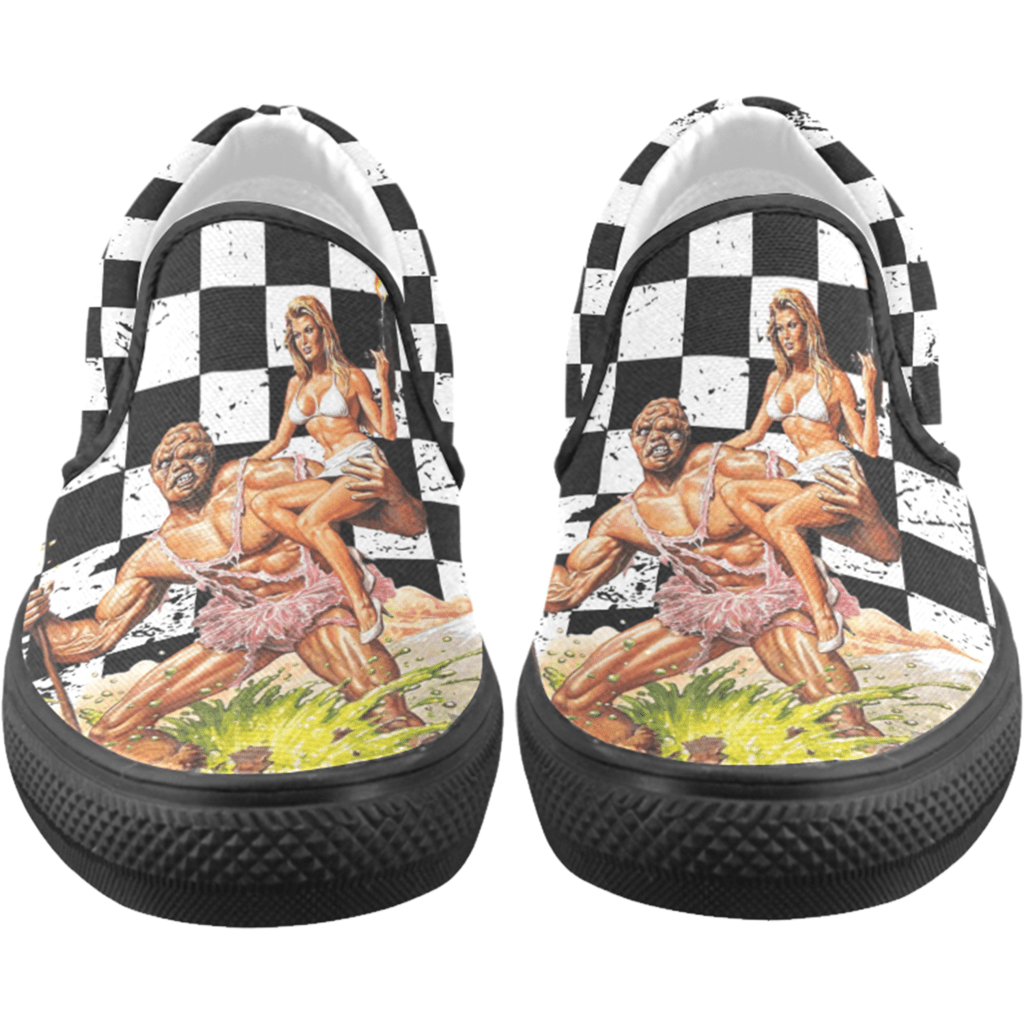 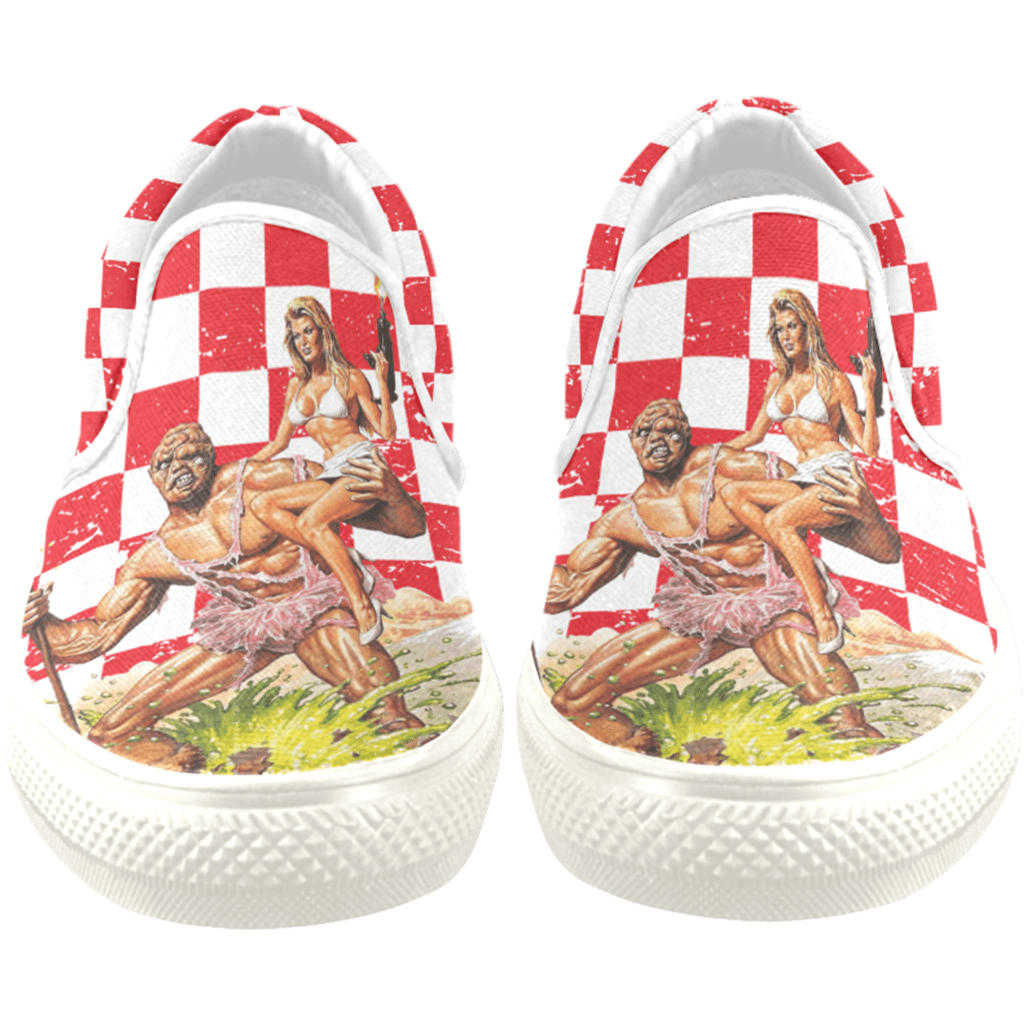 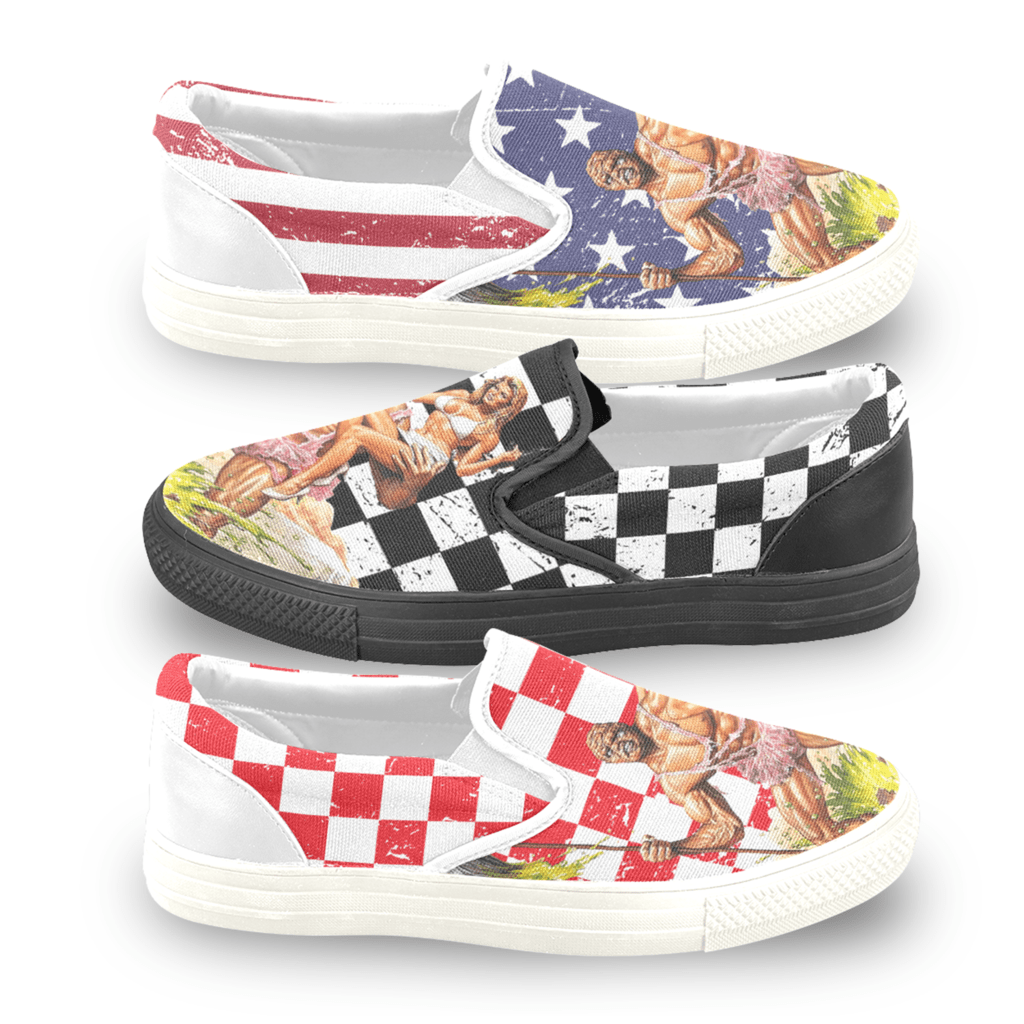 The going price for each of these sick kicks is $60, and you can only get them at bigherc.com! Speaking of which, you should make certain to bookmark and visit Big Herc Collections often because he’s got some more exclusive merchandise coming our way – from both The Toxic Avengers and Toxic Crusaders brands – in the very near future. So stay tuned!

Born and raised in the windy city, Chicago, Big Herc is a veteran artist and presence in the hip-hop community. Along with a strong passion for music, Big Herc also has a love for video games, animation and pop culture. Big Herc has worked with some of music’s biggest names including Cypress Hill, Ice-T, Slipknot, Schoolly D, Ras Kass, DAS EFX and DJ Premier. Along with the current Big Herc x Toxie line of items, his pop culture merchandising collaborations also include Taito’s 1970’s arcade game, Space Invaders.