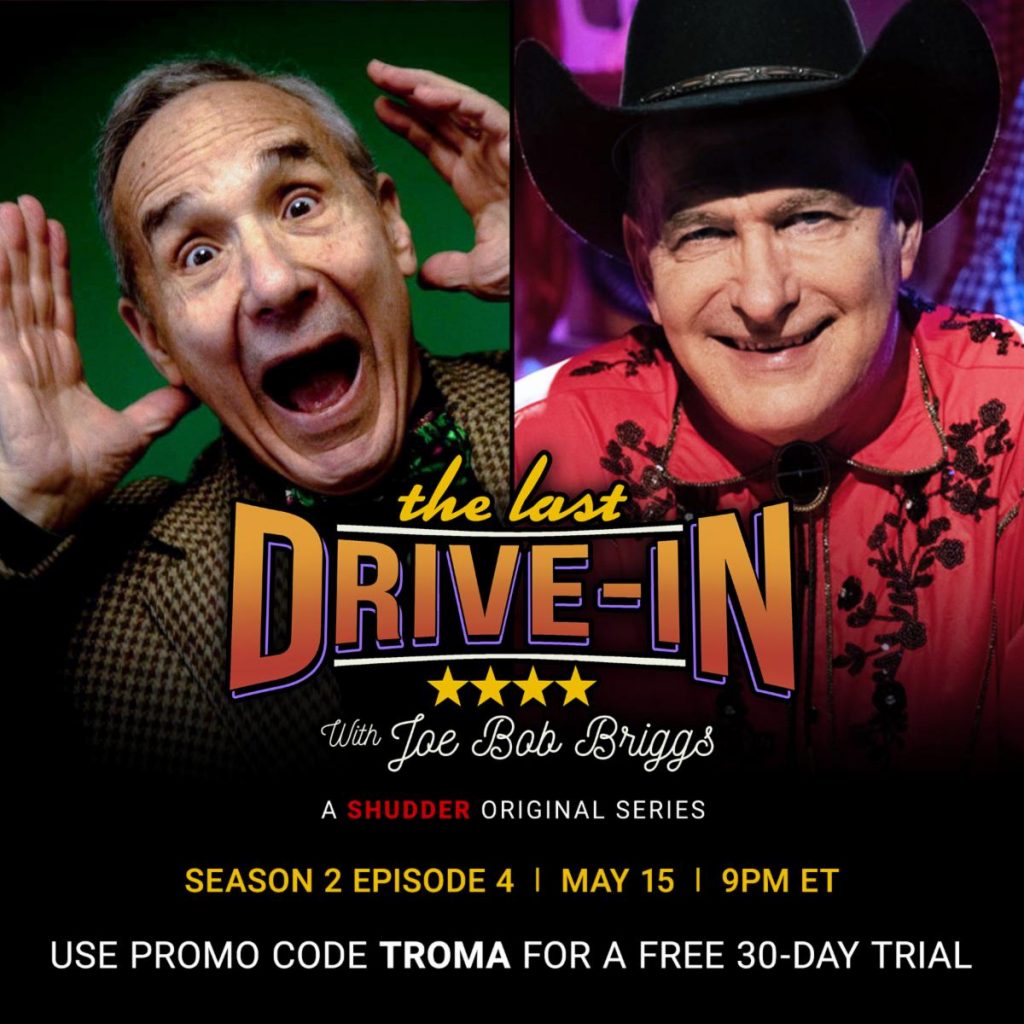 This season of The Last Drive-In has already seen quite a few notable guests join hosts Joe Bob Briggs and Darcy the Mail Girl as they commentate on double features of horror flicks – including Chris Jericho, Kelli Maroney, Tom Savini, and Felissa Rose – and today, Shudder has announced that Lloyd Kaufman, President of Troma Entertainment and Creator of The Toxic Avenger, will appear on the next episode to present Troma’s War!

“Toxie and I are great fans (and air conditioners) of Joe Bob Briggs! We spoon and watch every episode of The Last Drive-In on Shudder. It’s our favorite TV show since Toxic Crusaders! Honored to be a guest!” – Lloyd Kaufman, President of Troma Entertainment and Creator of The Toxic Avenger

“Lloyd has been directing, producing and distributing films for five decades, mentoring independent filmmakers for almost as long, and skewering the ruling class with his personal brand of barbed satire for his entire life. He’s not so much a social justice warrior as a social justice gladiator, because a warrior usually has an army and Lloyd has often fought alone. I consider him a friend and one of the most important crusaders against censorship that we have. That doesn’t mean I’m gonna let him off the hook when he enters the drive-in arena Friday night.” – Joe Bob Briggs, Host of The Last Drive-In

Use promo code TROMA for a free 30 day trial and catch Episode 4 on Friday, 15 May, at 9PM ET when it streams through Shudder TV! (shudder.com) New episodes of The Last Drive-In premiere every Friday through 19 June.