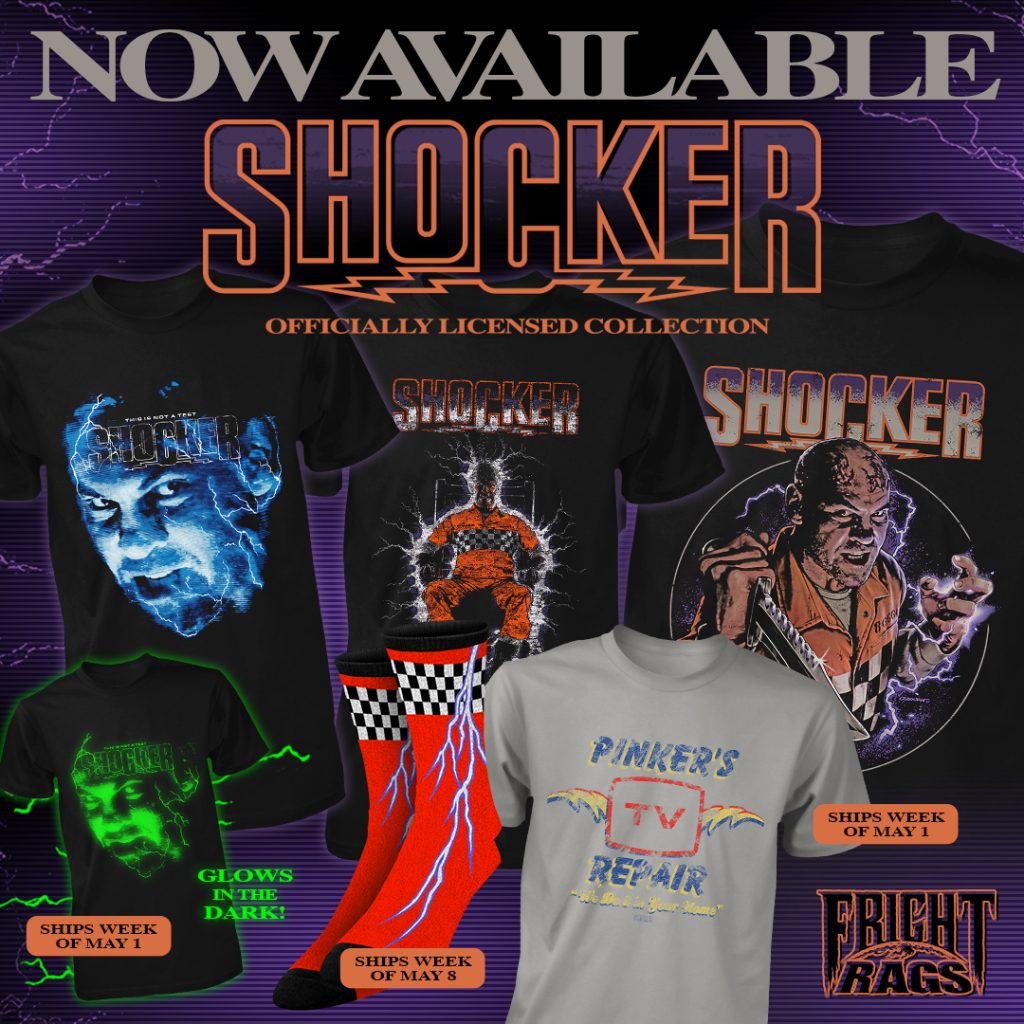 In its continuing commitment to provide horror fans with apparel from all eras of the genre, Fright-Rags has released a new Universal Monsters collection featuring The Wolf Man and The Mummy, and collections for two cult favorites from the 1980s: Wes Craven’s Shocker and John Carpenter’s They Live.

This is not a test – Fright-Rags has released Shocker clothing. Wes Craven’s 1989 slasher has received four t-shirts, including one that glows in the dark, in addition to a pair of Horace Pinker socks.

Fright-Rags’ Universal Monsters line grows to include The Wolf Man and The Mummy. T-shirts, hoodies, and socks for each classic monster join the collection, which also features Frankenstein, Dracula, and Creature from the Black Lagoon. 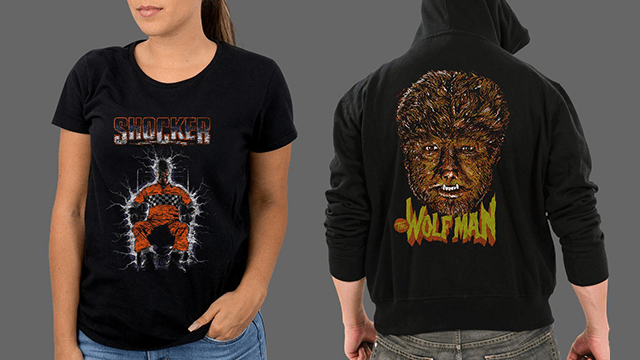 Shocker, Universal Monsters, and They Live apparel is on sale now at fright-rags.com

Precautions have been taken to mitigate the risks of COVID-19, including a one-person shipping operation and regular sanitizing of workstations. 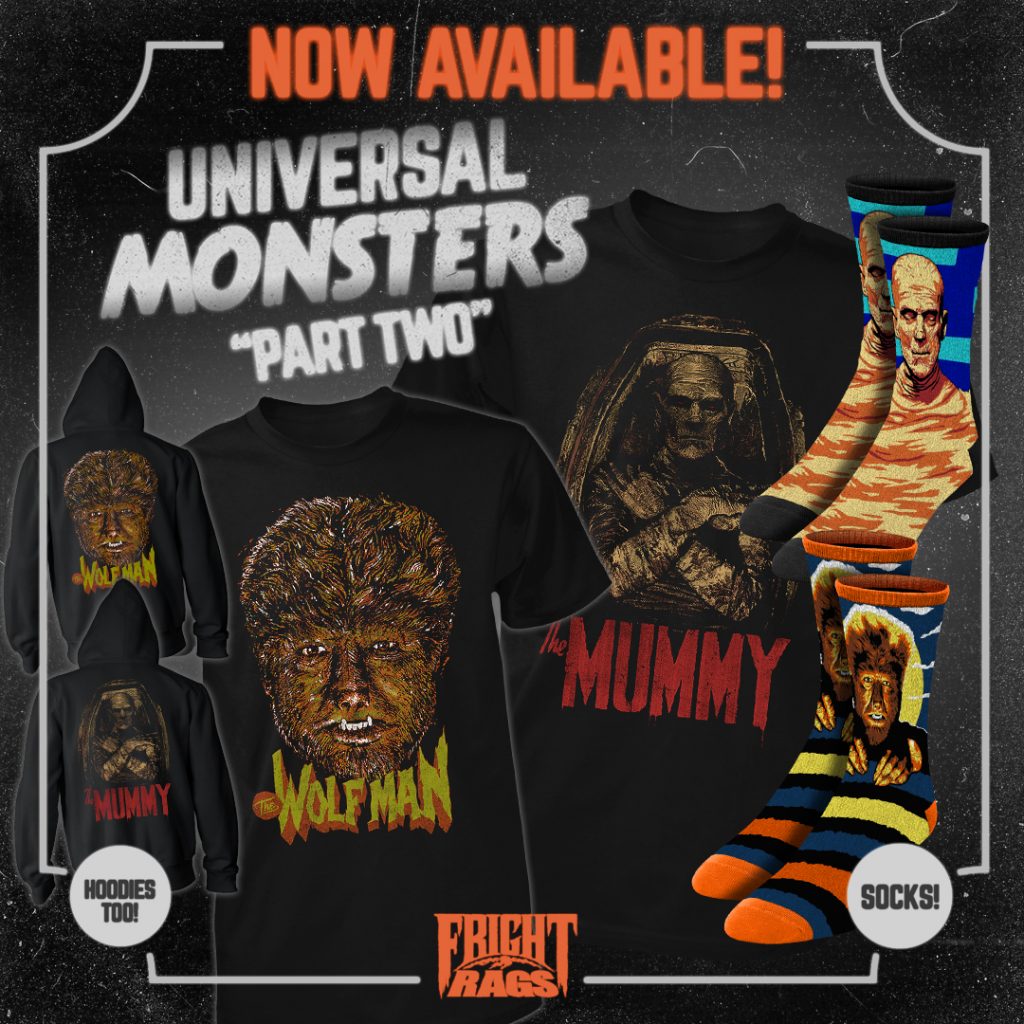 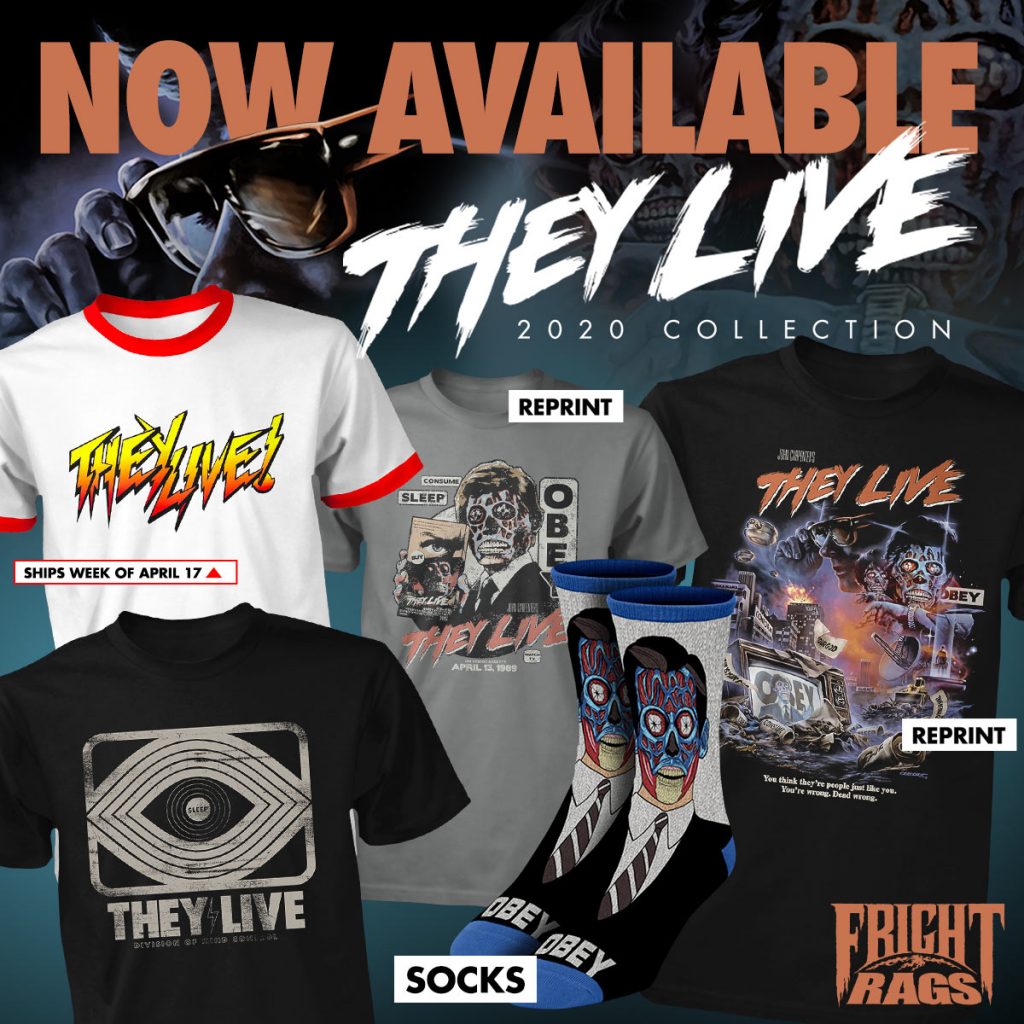