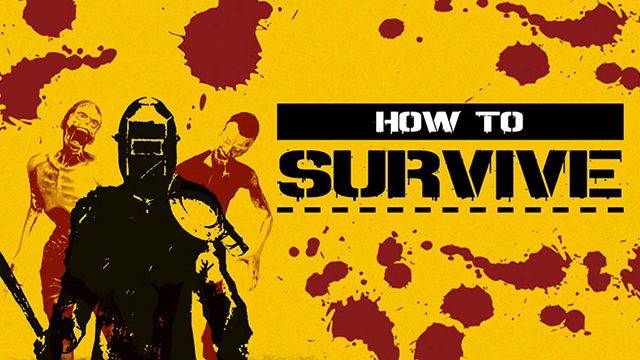 Released in 2013, How to Survive is a survival horror, action role-playing video game that has not aged well in a market flooded with zombie-themed action-fare. I’m surprised this even has a sequel! Built as a top-down twin-stick shooter (I had no problems with keyboard and mouse controls) the game incorporates story and challenge modes, although I enjoyed the latter much more. You have the choice of three characters to play, each with their own skills that carry over.

In the main story, your character is shipwrecked. The first person you encounter is Andrew; someone who has just been bitten and thus infected. Your first objective is to find him a medicinal plant to help ease his pain, but we all know in a survival situation you shouldn’t waste that medicine on a lost cause. Unfortunately, we don’t get to make that decision. After you help him, he tells you he was on a supply run to refuel a boat he has with a friend of his called Ramon. Your task is to now find that friend. How to Survive will have you exploring four small islands while attempting to make your escape. 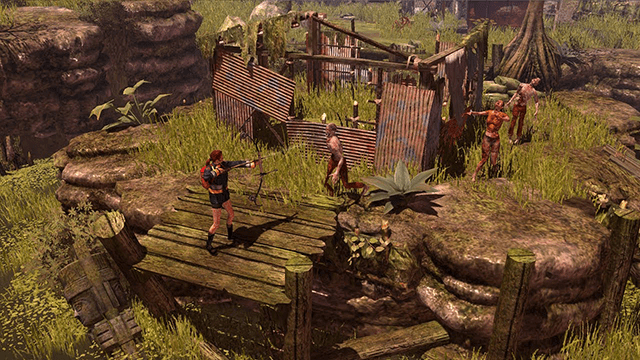 The story in this game is terrible; Ramon is missing a leg. Unfortunately, that means every mission is a fetch quest to find something or someone, and shoot zombies along the way. The dialogue is the worst and each voice actors’ delivery feels simulated and unnatural. It makes me wish most characters were silent.

I can’t say the same about Kovac though; the author of the ‘How to Survive’ handbook, and the guy who helps you throughout the tutorial of the game. He has scattered chapters of his survival guide around the islands, along with the blueprints you’ll need to craft items. Even though Kovac is off-screen for ninty percent of the game, he’s the only character that has got any real gusto. It’s like Eko Software put all their effort into this one character and then just threw the others in there out of necessity. 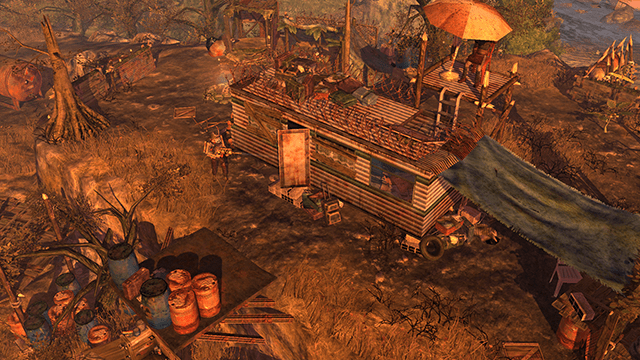 On the other hand, the challenge mode was fun and is the most enjoyable aspect of How to Survive. Randomly dropped on one of the islands, you must search for a plane to escape, all while having to deal with extreme challenges, like no sleep, and the island of ‘Fatties’ (bloated zombies). This game mode doesn’t give you a time limit, so playing it on the Iron Man difficulty level alongside a partner (locally or online co-op) is outstanding.

Although not very intuitive, How to Survive has a crafting system to keep you searching for more supplies. You must pick up recipes/blueprints in order to craft certain items. But it can be easy to put together a weapon without knowing what components you need – if you have certain items in your inventory, just try it! Deconstructing the items gives you back all of the components you used to put it together, except for the toolkit. 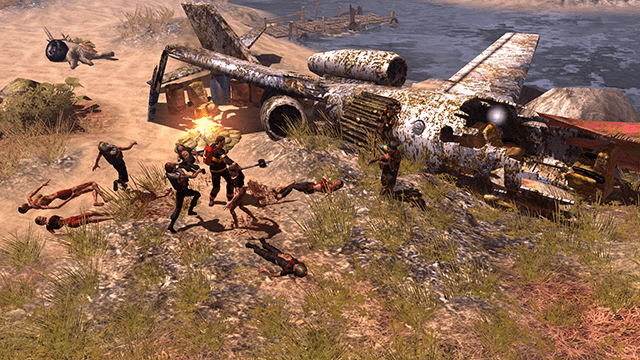 There were some highlights; the satisfying crack of a zombie’s skull when you kill them is music to my ears. Along with your character’s health, there’s a hunger, thirst, and sleep status indicator that you must monitor in order to make sure your character is in top physical condition for the next zombie encounter. You must hunt, cook, and craft your way off the island. There’s also a day/night cycle that causes different types of zombies to appear.

I don’t recommend playing How to Survive on the normal difficulty level. The game is way too easy in this mode and without any challenge; you’re not going to want to stay. I died twice while on the normal level and once was because my wireless mouse died! There’s also an exploit that the developers left in the game that, in my opinion, breaks the survival aspect; when using any item to replenish your necessities, it happens instantly without an animation playing. This, combined with the fact that the game is paused whenever you open your inventory, makes it easy to replenish your health when surrounded by zombies.

How to Survive is not a video game that has aged well, but it’s still satisfying enough to keep you engaged and can be played co-operatively online. Ultimately, I’d still recommend How to Survive, especially if you can get it inexpensively.