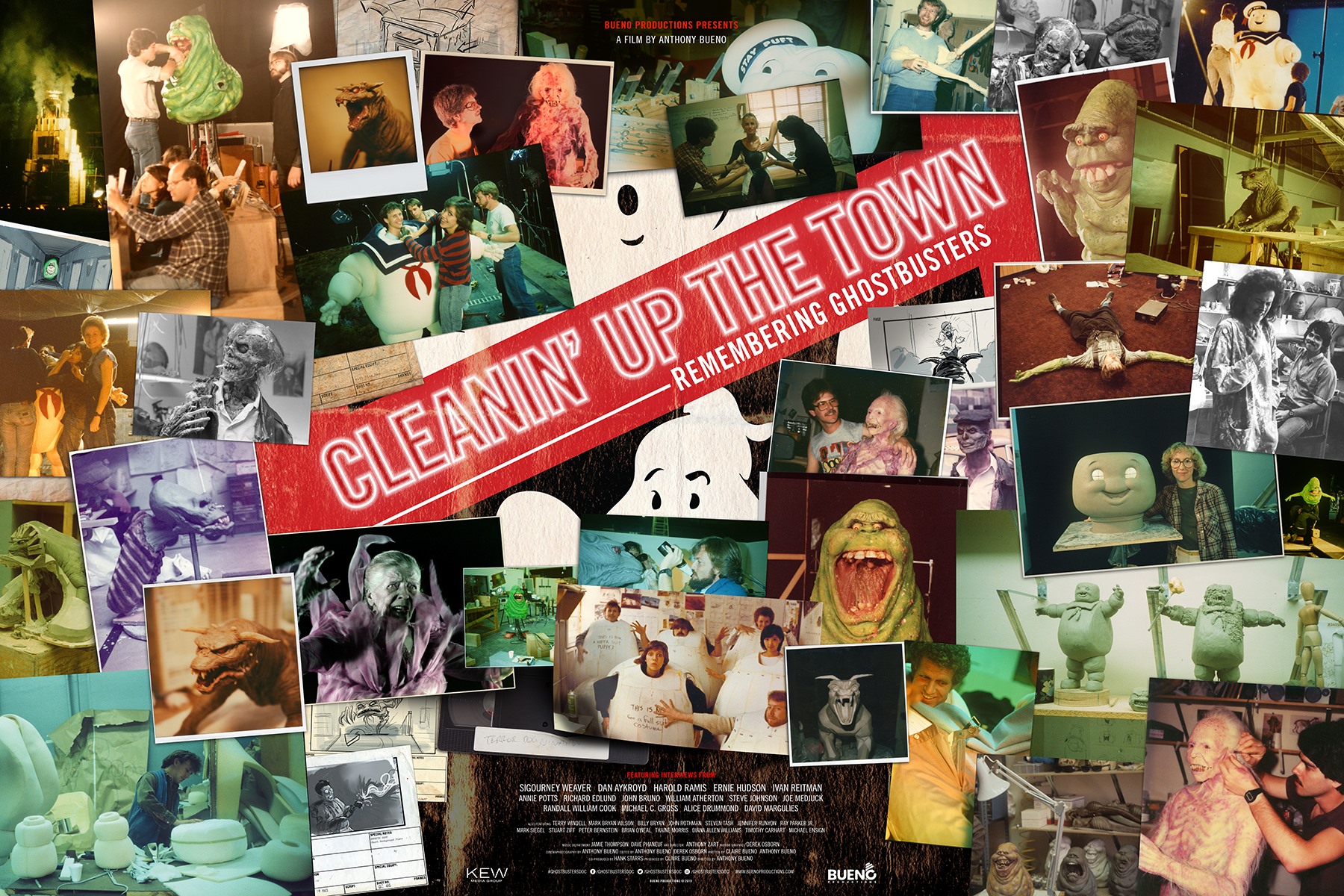 Directed and produced by the brother and sister team of Anthony and Claire Bueno, Cleanin’ Up The Town: Remembering Ghostbusters is the definitive retrospective documentary that charts the making of the original 1984 Ghostbusters and pays a fitting tribute to the whole creative team behind today’s global phenomenon.

With the original film having made a lasting impact since childhood, director Anthony Bueno has assembled a comprehensive documentary for both fans and film lovers alike. It features interviews with director Ivan Reitman, and lead cast Dan Aykroyd, Harold Ramis and Ernie Hudson. Additionally, it hallmarks the extraordinary achievements made by cast and crew working in visual effects era before the game-changing Jurassic Park.

The film contains never before seen archive material much from the personal collections of members of the creative team themselves, it’s a lasting testament to the craft of filmmaking teamwork and inventive puppeteering when faced with adverse time constraints and all manner of technical challenges.

Cleanin’ Up The Town: Remembering Ghostbusters has been 12 years in the making. To retain creative control the Buenos self-financed the documentary. However, eight years into the project the siblings launched a Kickstarter campaign to help boost funding. The crowd funder succeeded, and unexpectedly allowed for the Ghostbusters community to have greater inclusivity to the beloved franchise. After its European premiere hosted at the BFI IMAX, London, the film was released in selected cinemas nationwide.