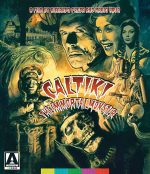 It was very on trend (yeah, I know how the kids speak) in the 1950s for movies concerning blob-like creatures, with a taste for human flesh. There was The Blob, obvs, The Quatermass Xperiment, X the Unknown, and a whole slew of others, all squelching around, trying to cause as much chaos as inhumanly possible. Spotting the trend, director Riccardo Freda jumped on the amorphous bandwagon, with his sci-fi horror Caltiki, the Immortal Monster.

Just squeaking into the globule genre decade in 1959, we open on a beautifully painted backdrop, courtesy of Italian genre legend Mario Bava, who’s cinematography and SFX work throughout is truly stunning. Bava goes uncredited as co-director on the film, an opportunity which arose thanks to Freda, who was disgusted at the treatment his colleague had received on their previous movie, I Vampiri. Freda left the production of Caltiki early so that Bava could take over the reigns of director, and receive the credit he justly deserved. That didn’t exactly work out so well, but from a certain point in the film you recognise his signature style instantly. 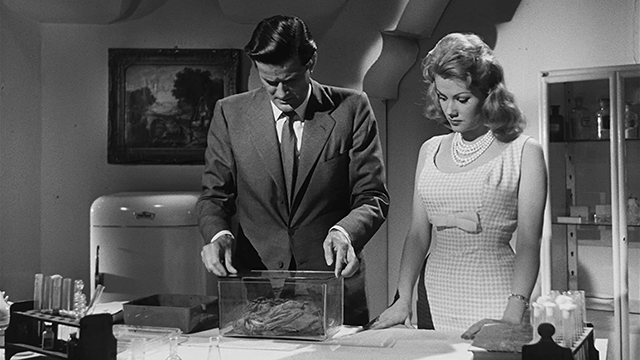 Studying ancient Mayan ruins, so that they might learn why the previous inhabitants had fled the scene sharpish, a group of archaeologists inadvertently awaken an unknown lifeform, whose appetite for destruction, it seems, knows no bounds. Fleeing with their number down by one and a half, the team manage to collect a sample of the gelatinous grotesque, which has attached itself to the arm of too-cocky-for-his-own-good Max. Now, this guy wasn’t the biggest of charmers in the first place, but his fracas with the foul form skews his faculties and he spirals ever further into total git territory as the film progresses.

Fascinated by the creature and wishing to help his friend, the crew’s biologist John takes the sample, with a view to study it and hopefully find a cure for Max. For ‘safekeeping’, he takes it to the lab that he has at home, where he lives with his wife and child; storing it in a box that looks like it would break if you so much as sneezed. Yeah, it didn’t seem to be a thing that I would do either. If there’s one thing that we learn throughout the film, it’s that John isn’t a guy who makes great choices. For example, he took his wife on the archaeological dig as a honeymoon. No, she wasn’t into it. And he probably wouldn’t have been as keen on helping his mate back to health if he knew that the bloke kept having wandering hands all over his missus. 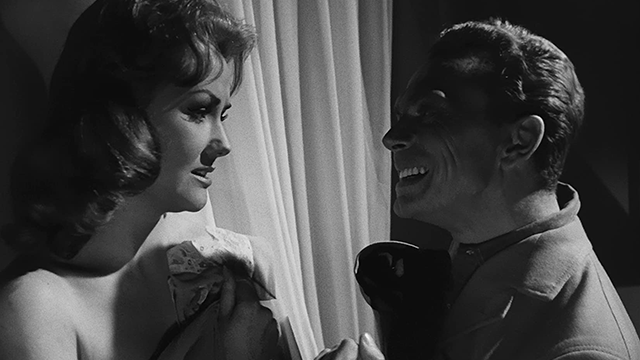 Yep, the plot’s twistier than your Nan’s washing in the wind, with a love quadrangle running straight through the heart of it. Heavy on the science part of the fiction, we’re soon informed that Caltiki can mutate and is fueled by radiation, effectively Hulking out, if you will. Coincidentally, a comet is inbound to the Earth’s atmosphere, and it’s radioactive rays enable Caltiki to replicate itself. Well, guess what the malicious organisms first move is? Yep, it oozes around the house, intent on savaging the family and anyone else that crosses it’s path. Eeep!

As 1950s B-movie horror goes, Caltiki is actually pretty awesome. Sure, the script can be a tad cheesy at times, and the acting leans towards the melodramatic, but surely we’d expect no less! And honestly, isn’t that kind of the beauty of it? Of course there are the slightly squirmy moments, like the blatant sexism and casual racism which offend our modern sensibilities, but back then they were as commonplace as, well, as amorphous murder blobs seemed to be. The star of the piece is the eponymous creature. Captured in black and white, the pictures shadowy palette lends itself to the malevolent mound, enhancing it’s eerie atmosphere and ensuring that it’s not an entity you could mistake for cute and cuddly. 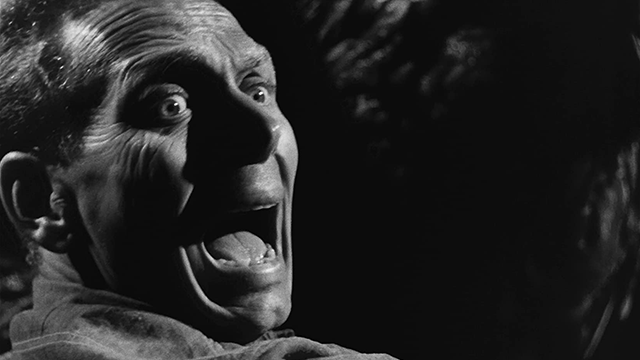 Bava’s gorgeous cinematography employs light, shade and angles, giving the film a feel of a classic Hollywood film noir. The model shots are exactly that and incredibly obvious, especially towards the close of the film. Being a bit of a fan of miniature model work, that wasn’t really something that bothered me, and if we’re honest I actually loved it. I would happily watch toy tanks fight giant homicidal lifeforms all day! I can see how it might peeve a more modern audience, or someone with eyes and an irritable disposition, but to me, those scenes were more realistic than the CGI that storytelling seems to overindulge in today.

Caltiki stays away from political agenda – a commonplace allegory of the time – instead embracing fear of the unknown in a thrilling story that doesn’t let up; continuously building towards its inevitable conclusion in a true monster mash of horror. Beautifully restored from the original camera negative, the Arrow Video release showcases both Bava and Freda’s talents in high definition and is a must watch for creature feature or Italian horror fans alike.