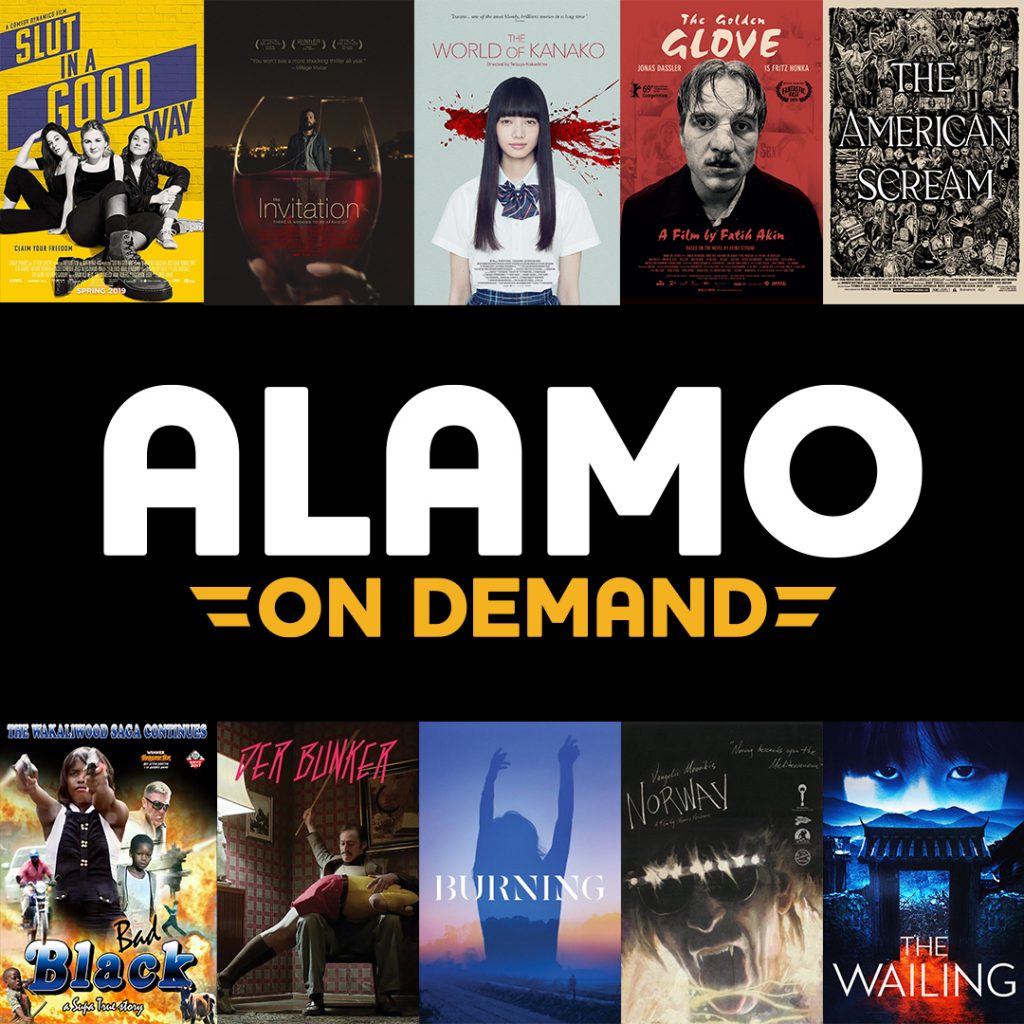 Alamo Drafthouse Cinema has partnered with ScreenPlus and Vista Cinema to launch their new VOD platform, Alamo on Demand, boasting a growing library of entertainment for rental or purchase that’s been carefully curated by the company’s programming team. This new service allows the cinema company, which operates multiple locations in the United States as well as the influential genre film festival Fantastic Fest, to champion innovative and exciting films far beyond its auditoriums.

“Many of us learned about movies thanks to the staff picks at our local video stores. That’s the spirit of what we’re trying to do with Alamo on Demand. Even though we can’t gather in theaters right now, our programmers will still be curating new and classic films for our nationwide community of fellow movie lovers, and hosting conversations online as well.” – Henri Mazza, VP of Content, Sponsorship and Events at Alamo Drafthouse Cinema

Alamo Drafthouse’s programming team will curate their personal recommendations as new content is added. For example, Laird Jimenez will highlight forgotten genre film classics, while Sarah Pitre will curate her favorite female-driven films. Evrim Ersoy, programming director of Fantastic Fest, will use the platform to champion past festival favorites as well as exclusive and never-before-seen-online content from Fantastic Fest veteran filmmakers.

“Every title on the platform has a champion on the Alamo programming team. Alamo on Demand is a curated library, with each film nominated and personally recommended by a programmer.” – Sarah Pitre, Senior Director of Programming and Promotions at Alamo Drafthouse Cinema

Alamo Drafthouse Cinema has also partnered with major studios, such as Lionsgate, Magnolia Pictures, NEON, and Sony Pictures Classics, to bring you VOD offerings like Parasite, Arkansas, Portrait of a Lady on Fire, Fantastic Fest favorites Burning and First Love, and premieres of Spaceship Earth and Kate Nash: Underestimate the Girl. Severin Films will also be launching the definitive ‘Brucesploitation’ documentary Enter the Clones of Bruce, about the hundreds of Bruce Lee imitator films that flooded the market after his untimely death. Alamo on Demand will pair the documentary with a deep collection of the referenced films available for rental.

From studio releases to tiny rare gems, Alamo on Demand (ondemand.drafthouse.com) will feature a stunning array of films – something for everyone – but always with trusted curation.