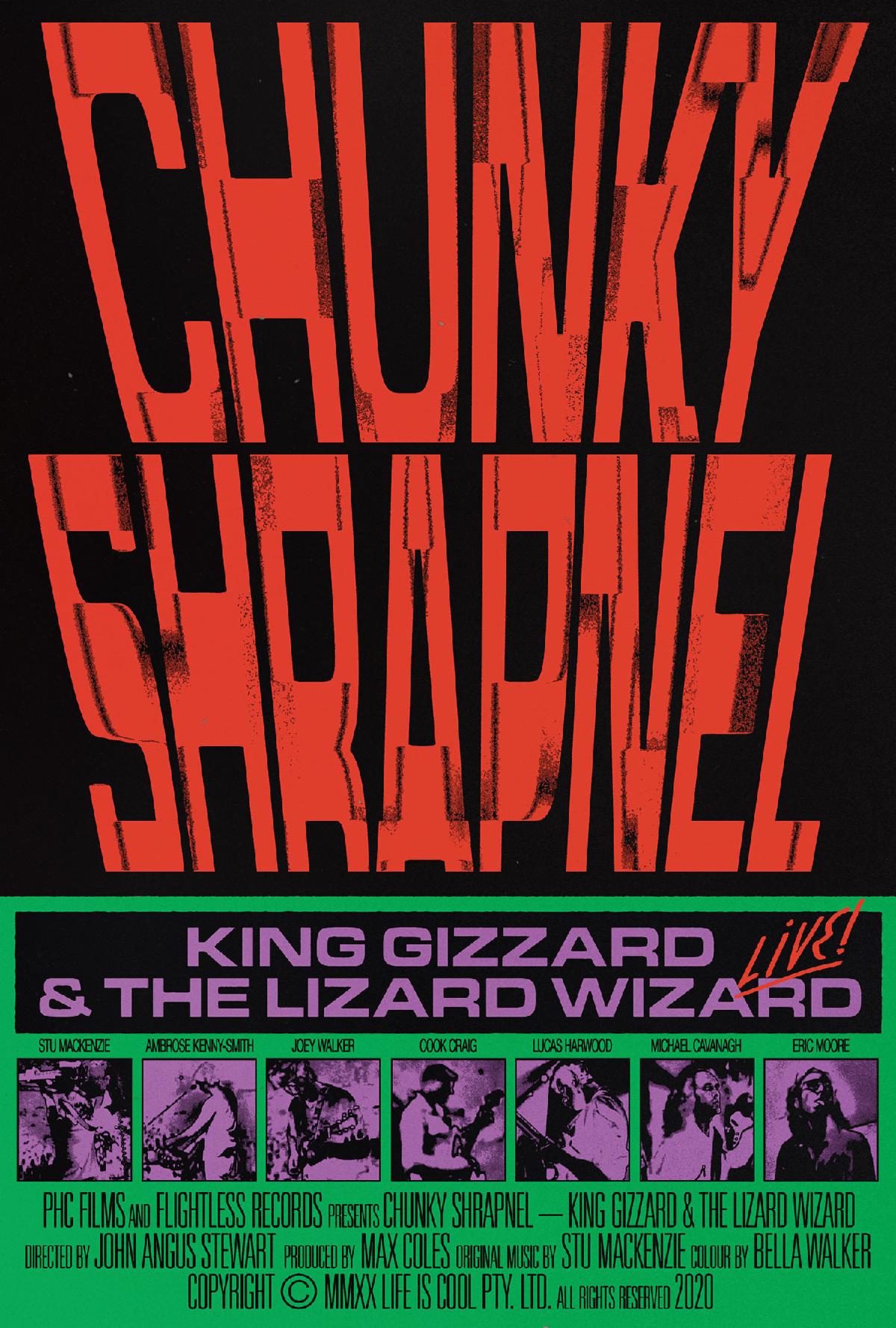 King Gizzard & The Lizard Wizard are excited to announce Chunky Shrapnel, a feature-length motion picture that follows King Gizzard’s adrenaline-inducing onstage performances from the perspective of the band. The film is accompanied by a double LP featuring the music from the film, which was recorded throughout the band’s 2019 European tour. The film will premiere on Friday, April 17 via an online live-stream and the accompanying double LP will be available for pre-order from Friday, April 10, before its digital release on April 24. Chunky Shrapnel is directed by John Angus Stewart and scored by Stu Mackenzie. 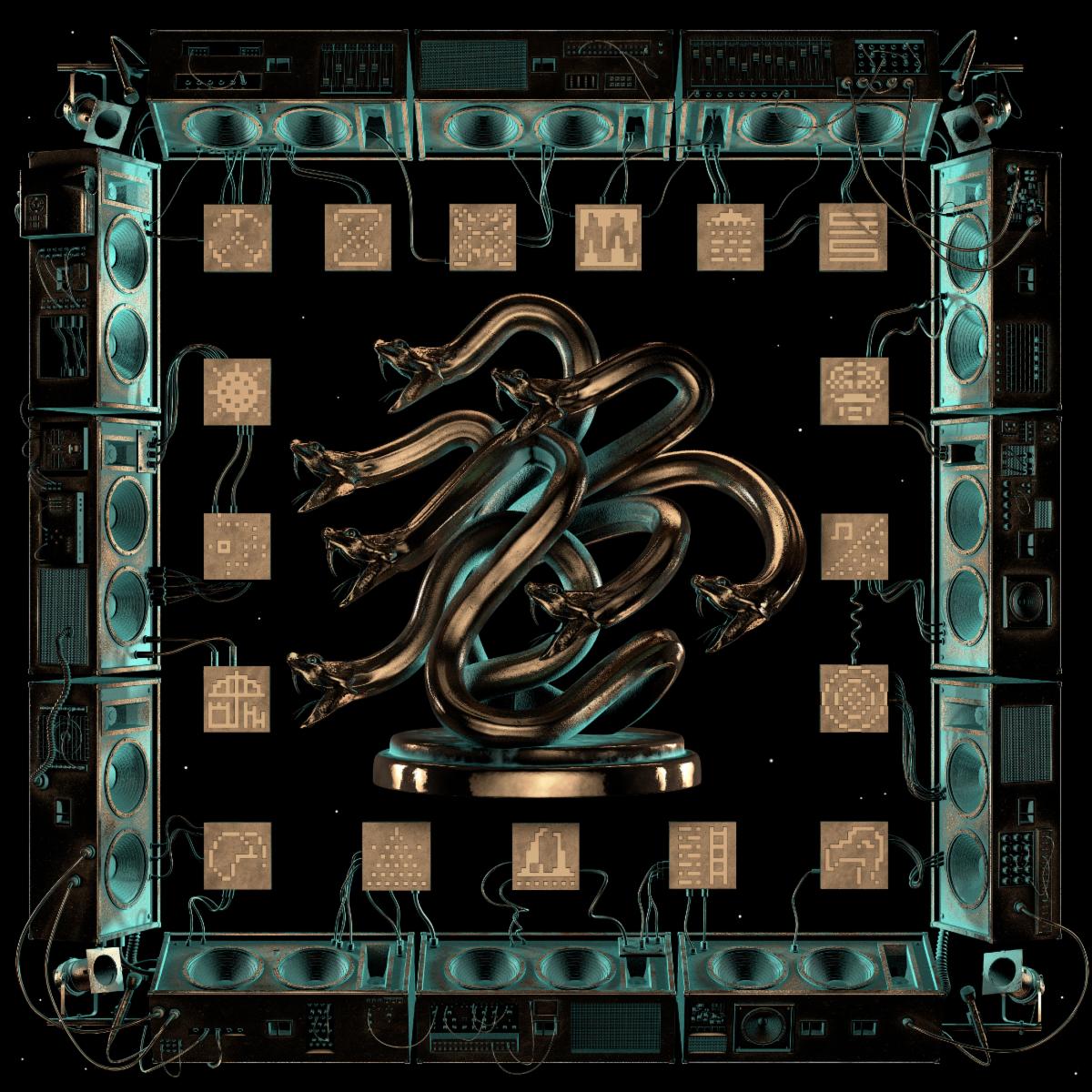 “John Stewart followed us around for a few weeks through Europe. It was fun and funny and wild and weird. Sometimes an inconspicuous fly on the wall, sometimes an intrusive camera man one inch from my face. Always exciting though. Chunky Shrapnel was made for the cinema but as both concerts and films are currently outlawed, it feels poetic to release a concert-film digitally right now.” – Stu Mackenzie, King Gizzard & The Lizard Wizard

The band has also rescheduled its 2020 North American tour, including their three-hour, career-spanning marathon sets at The Greek Theatre in Berkeley, CA and Red Rocks in Morrison, CO. The new dates begin on October 3 in Berkeley, CA, before taking them across the continent and concluding on October 30 in St. Paul, MN. All headline dates feature support from Leah Senior. 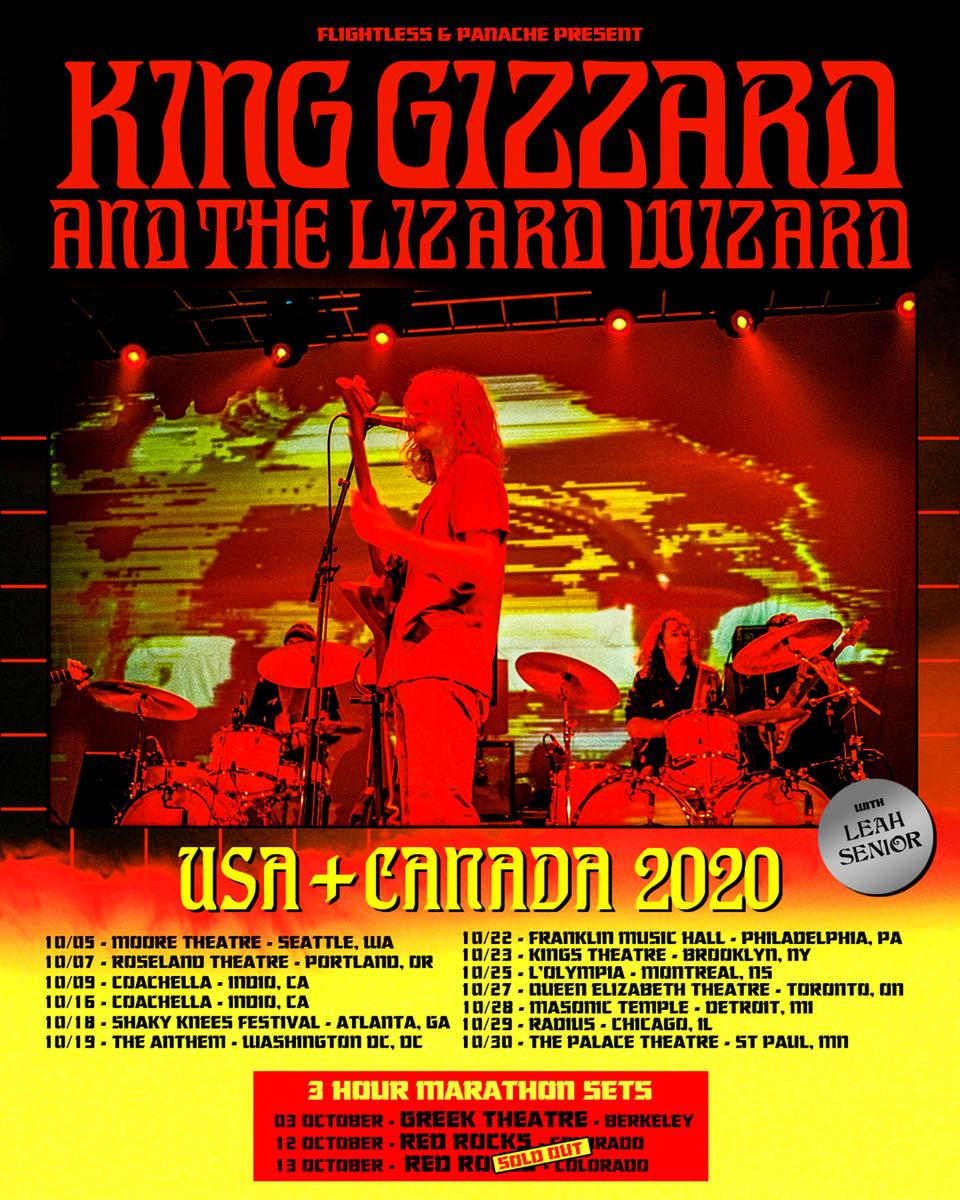 A musical road movie dipped in turpentine, Chunky Shrapnel is a point of view / on stage experience from the perspective of King Gizzard & The Lizard Wizard. Once a song begins, just like the band, you’re stuck in the adrenaline-fueled quicksand that there is no escape from. The film’s contention is clear from the outset, it’s going to be a “journey” not a “lecture”, an incurved experience rather than a linear one.

The band, nor the film-makers, were interested in making a self congratulatory “behind the scenes expose” film. It was a direct decision to keep the inner workings of the band’s personality at arms length, it is the music they were interested in exploring. The approach was taken that the film’s protagonist should be the “on stage” performances, that was the focus. With this, they abandoned multiple cameras and cross cutting during performances, turning the camera into a vehicle for the audience to experience the show through, rather than placing them in a crowd or side of stage. At 96 minutes, Chunky Shrapnel more than earns its length. At times gently holding your hand and at other times smashing a bottle over your head and dumping your body in a heaving crowd. There is an inevitability to the film, a driving, ever accelerating spiral that climaxes in a 15 minute medley that spans four countries.

King Gizzard will also engage with fans during a Reddit AMA before the film’s premiere on April 17, beginning at 12pm PST. Purchase tickets to the premiere: https://vimeo.com/ondemand/chunkyshrapnel