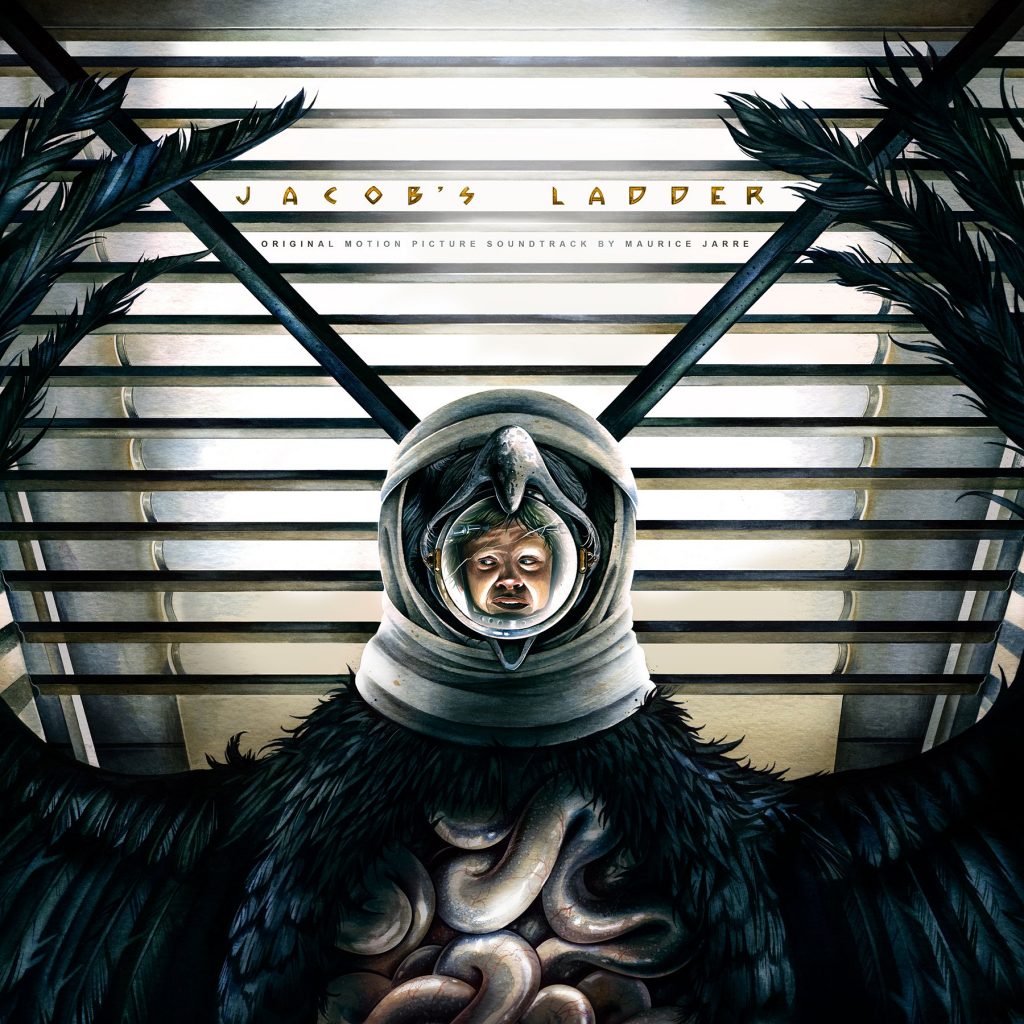 Waxwork Records is thrilled to present Jacob’s Ladder original motion picture score by Maurice Jarre. Jacob’s Ladder is a 1990 psychological horror movie starring Tim Robbins, Elizabeth Peña, and Danny Aiello. The film follows Jacob Singer, a Vietnam veteran, whose experiences before and during the war result in strange, fragmented visions and bizarre hallucinations that continue to haunt him. As his ordeal worsens, Jacob desperately attempts to figure out the truth. Though only moderately successful upon release, Jacob’s Ladder garnered a cult following. Its plot and special effects became a source of influence for various other works such as the horror video game Silent Hill and the TV series American Horror Story. Kim Manners prepared for directing The X-Files episode “Grotesque” by listening to the score to Jacob’s Ladder.