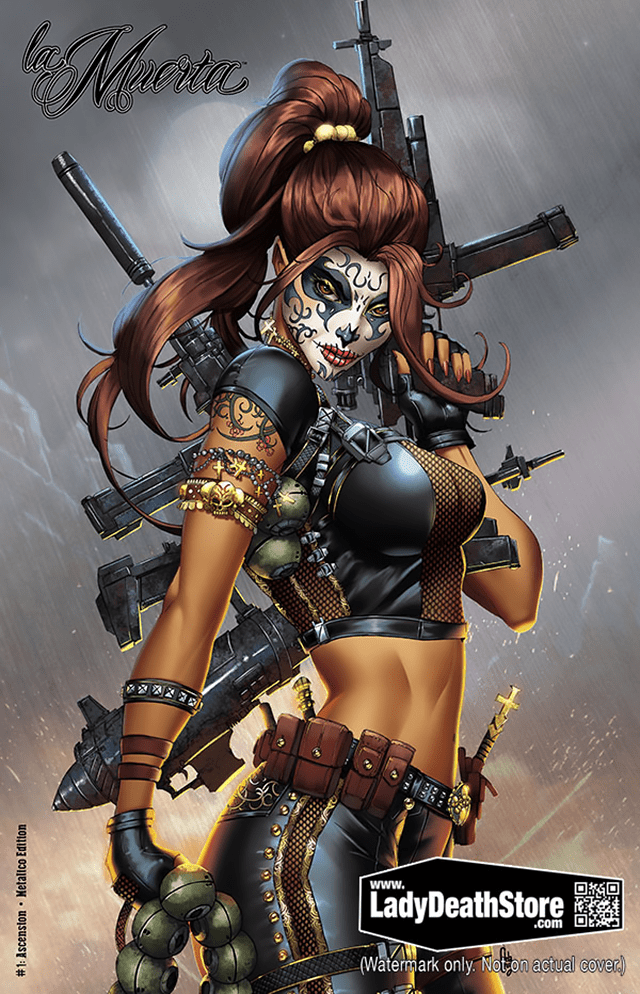 But instead of finding happiness in a peaceful life, Maria has grown restless. A trained combat soldier, she needs a mission to give her purpose and distract her from the creeping shadows of her losses.

Enter the legendary crime-fighting luchador Loco. He plans to wipe meth from the face of the barrio and needs La Muerta’s help to do it. Together, they leave a pile of broken thugs and dealers in their bone-crunching wake as they brawl their way through the city’s underworld.

But while La Muerta strikes fear in the hearts of criminals, forbidden magic calls forth an old enemy from the grave—an enemy who wants to see Maria’s life ripped to bloody shreds.

Soon the hunters become the hunted as an army of kill-crazy psychos leave Loco at death’s door and pursue La Muerta to the very bowels of the city. Desperate and alone, Maria must summon every ounce of her will to escape. Otherwise, La Muerta will soon face all of her fallen enemies… in Hell!

La Muerta: Ascension #1 comics, prints and more are available now, and can be signed by creator Brian Pulido at no additional cost. Signed copies also include a Certificate of Authenticity.

Explore what Coffin Comics has to offer at ladydeathstore.com 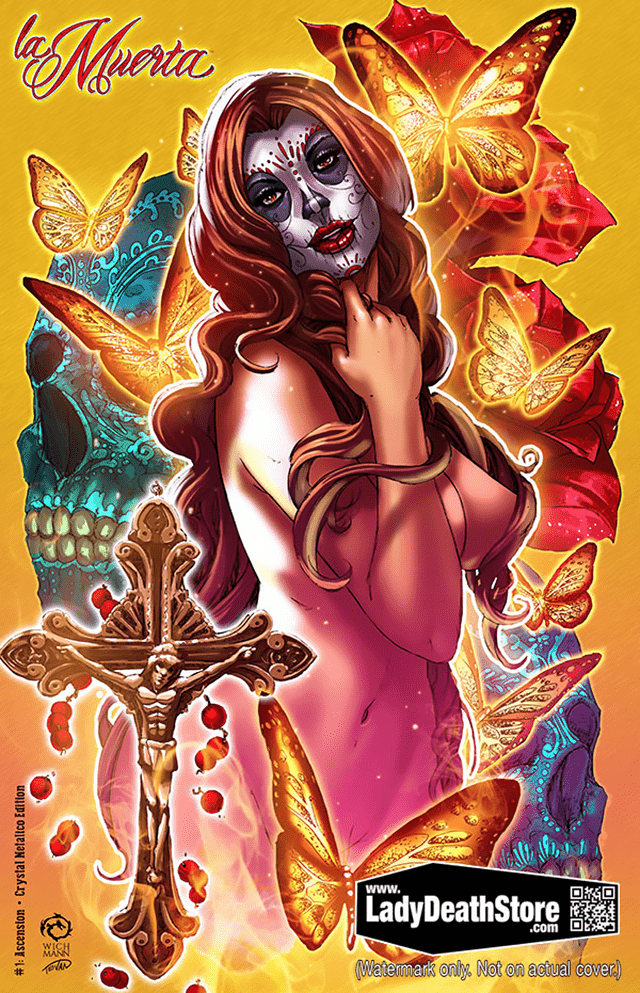