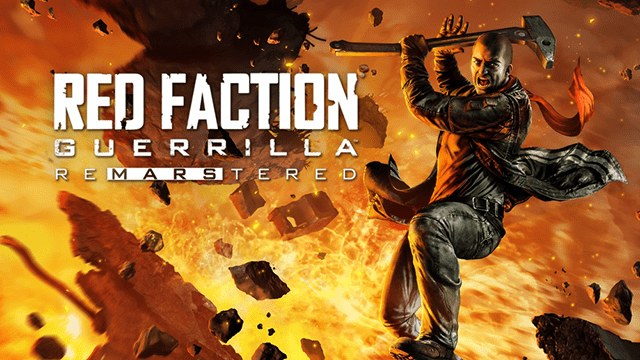 Red Faction: Guerrilla is a video game that was originally released in 2009. Praised for the amazing level of destruction that was never before done on the scale of the open-world setting that it’s in, it received high scoring reviews. Let’s see how the remastered version has been upgraded for the current generation of PC hardware.

Red Faction: Guerrilla Re-Mars-tered is a third-person shooter where you play Alec Mason, who has just arrived on Mars looking for work. He barely has time to breathe before he’s thrust into a war between the Earth Defense Force (EDF) and the Red Faction. The EDF is a military force that took over an oppressive overlord, just to become one themselves. 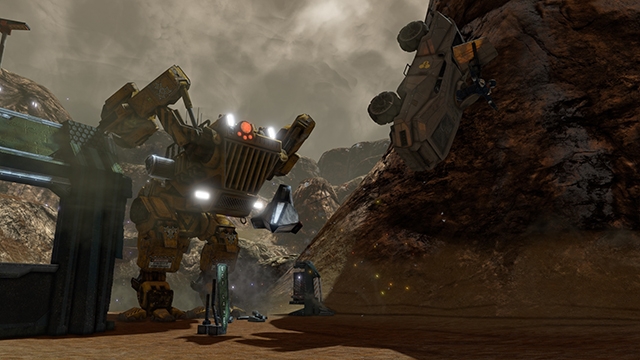 The plot is mundane and couldn’t keep me invested in the characters. We’ve seen this way too many times in video games and movies. Like me, you’ll forget it as soon as the credits stop rolling.

Red Faction: Guerrilla Re-Mars-tered’s best trait is its level of destruction. Every structure in the game can be reduced to rubble. The game gives you plenty of tools to get the job done too, providing you use the scrap collected from said rubble to purchase them.

The different ways you can bring a building crashing down is what kept me coming back. My personal favorite was when I was tasked to kill some snipers perched on an inaccessible roof of a three-story building. I threw some remote detonated bombs around the foundation of the building, but I didn’t set off the charges. Instead, I led an enemy to a proximity mine that I dropped as well and watched the entire building come crashing down from the domino effect of the explosions.

Most missions in Red Faction: Guerrilla Re-Mars-tered are about destroying structures, and that’s a good thing because it’s the one thing you won’t complain about. There are also nine types of side quests that can be played. After participating in a few of them, they just became repetitive and mundane, with the exception of one.

The “Demolitions Expert” quest is the only one I found interesting. It was more of a puzzle game, tasked with destroying an entire building with the limited weapons you’re given and within a time limit. Some of these tasks had me thinking in such creative ways that I used the same techniques in the rest of the game.

The setting itself is pretty drab however. Colonization of the planet is still in the early stages, so there isn’t much variation in the buildings and the colors of the environment, which I found visually dull. 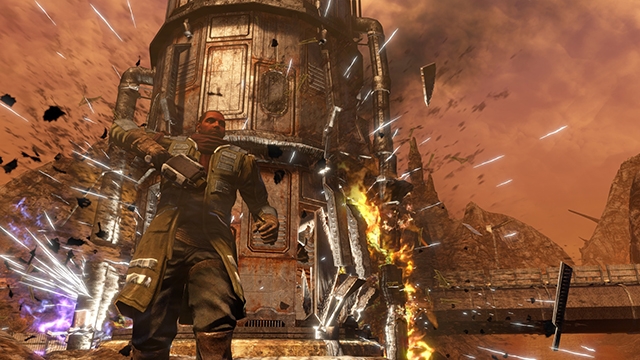 Red Faction: Guerrilla Re-Mars-tered only has a new coat of paint and nothing more. Updated textures and some performance tweaks are the only true updates in this version. Maybe there were some improvements to the audio, but I didn’t pay much attention to notice.

My biggest complaint visually was the environmental rendering. In the open world, there were long stretches of empty land when driving between objectives. Looking towards the horizon, I could see mountains appear, disappear and then reappear. It really took me out of the experience and I found it distracting. I gave Volition the benefit of the doubt thinking this was due to playing it on low graphical settings on my laptop, but when I upgraded my desktop and turned the settings up to the max, I had the same issue. I think this game was only remastered as a nostalgia cash-grab and not given the proper treatment to improve it and bring it up to date.

As far as gameplay goes, it was obvious that this is dated. The controls feel sluggish and clunky. When I drove a vehicle, which was a lot, I hated it. It was miserable. 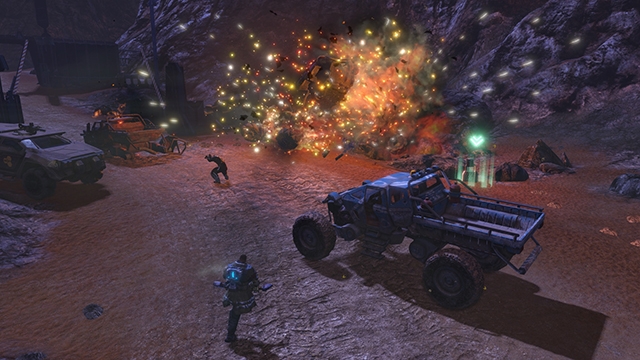 Red Faction: Guerrilla Re-Mars-tered allows you to take cover behind objects. As you fight the EDF, swarms of them keep appearing. But if you take cover and slowly make your way through, they just spawn behind you, which negates the benefit. I gave up on the tactic and just rushed headlong through to complete the objective.

Despite its many flaws, I’d still recommend Red Faction: Guerrilla Re-Mars-tered if you like destroying things. It’s what made this series so popular and the issues mentioned shouldn’t keep you from enjoying it. I’m still playing it now, trying to unlock all of the upgrades for the weapons. And even though the controls for the big mech tanks are annoying, there’s nothing more satisfying than dropping an entire building by walking right through it with one of them.

If you can pick up a copy of Red Faction: Guerrilla Re-Mars-tered at a decent discount, it’s definitely worth playing.