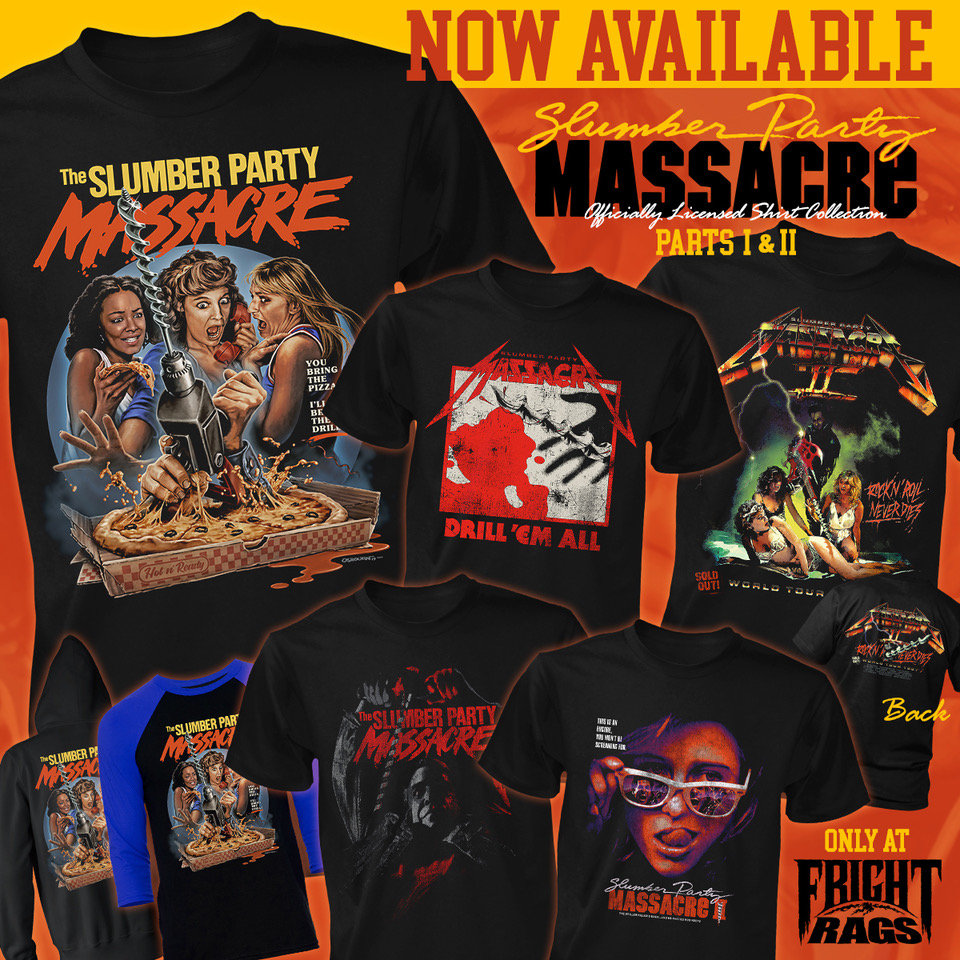 Fright-Rags drills into Slumber Party Massacre 1 & 2 for killer apparel. The collection includes three designs from 1982 slasher, including baseball tees and hoodies, along with two from its outrageous sequel, including a two-sided tour shirt.

Children of the night will love Fright-Rags’ Bela Lugosi collection. Sink your fangs into two new shirts along with a reprint of a popular design featuring the classic horror icon as Dracula.

Fright-Rags has added more shirts and enamel pins to its Vestron Video tribute with Wishmaster, Blood Diner, and Waxwork.

Fright-Rags is breaking hearts with a reissue of its popular My Bloody Valentine 3D shirt. A pair of Harry Warden socks are also available to complete the look.

Fright-Rags tells the story of an uncommonly gentle man with the Edward Scissorhands collection. Celebrate 30 years of the Tim Burton classic with three t-shirts, a pair of socks, and an enamel pin.

Join the Freak Show with Fright-Rags’ American Horror Story apparel. Series favorite Twisty the Clown is featured on a new shirt and hoodie design, plus an enamel pin with a flip-open mask to reveal his disfigured face. 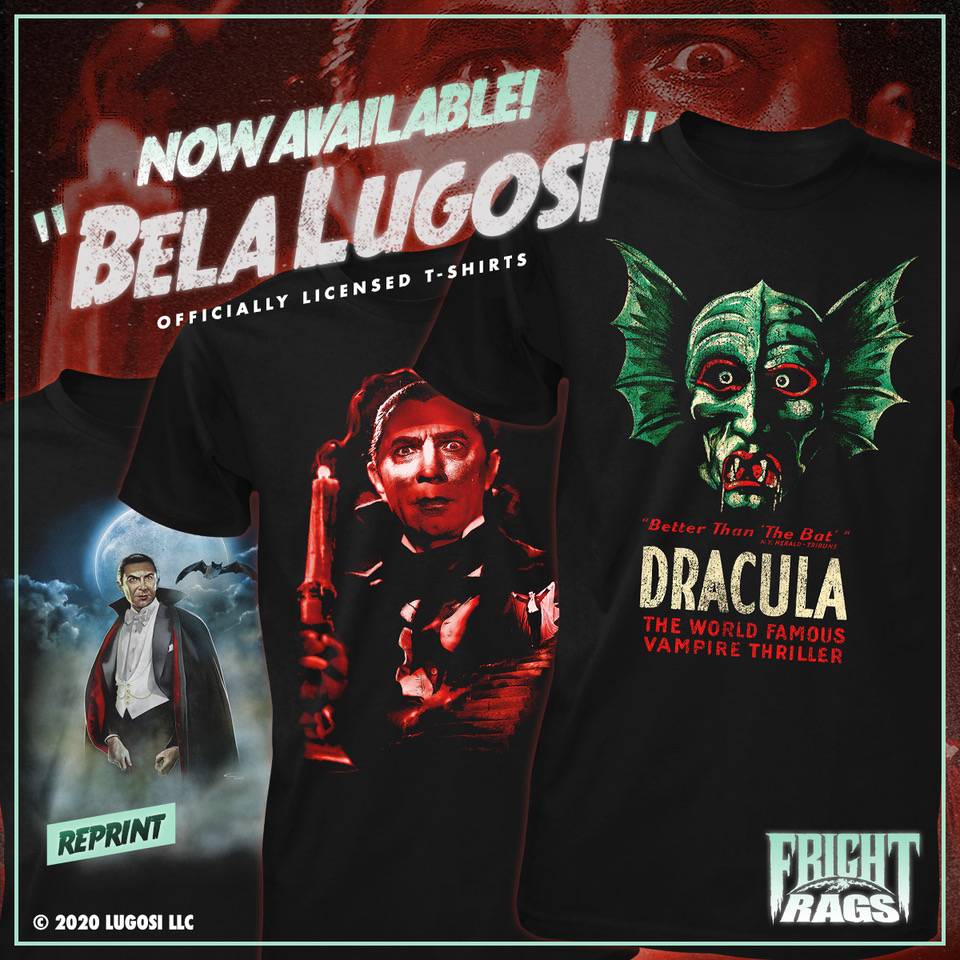 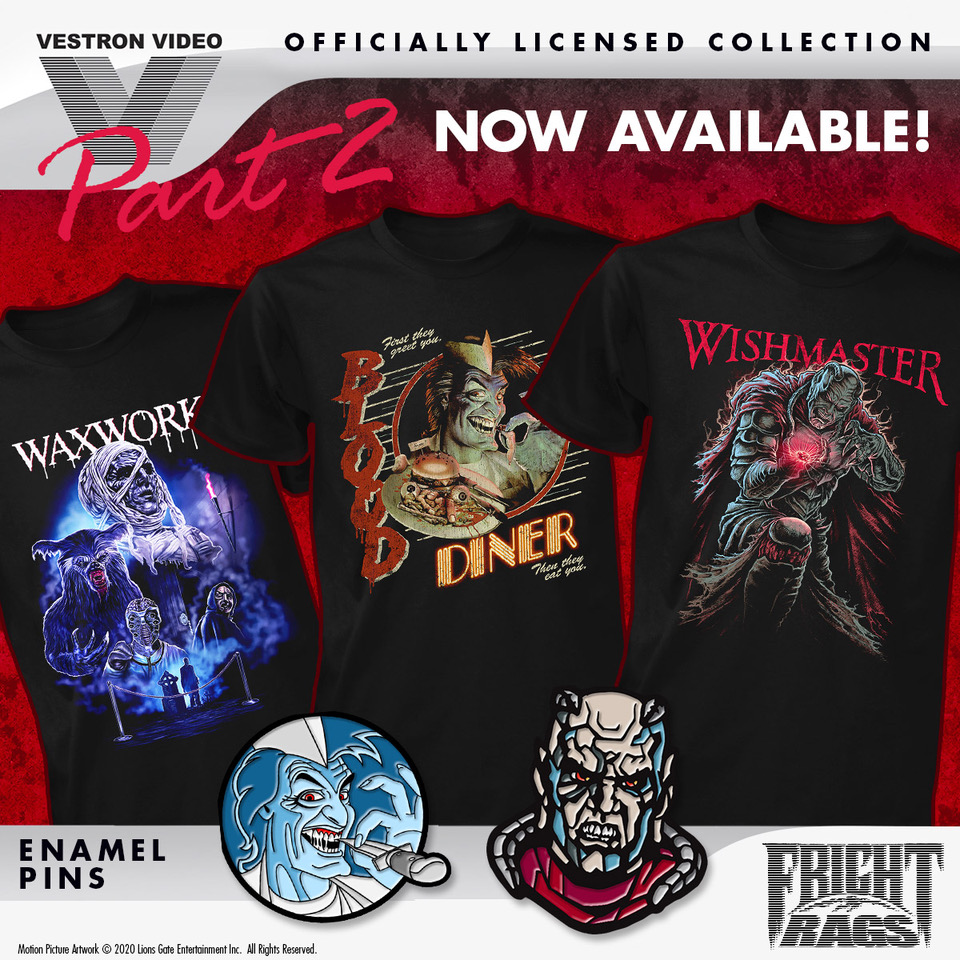 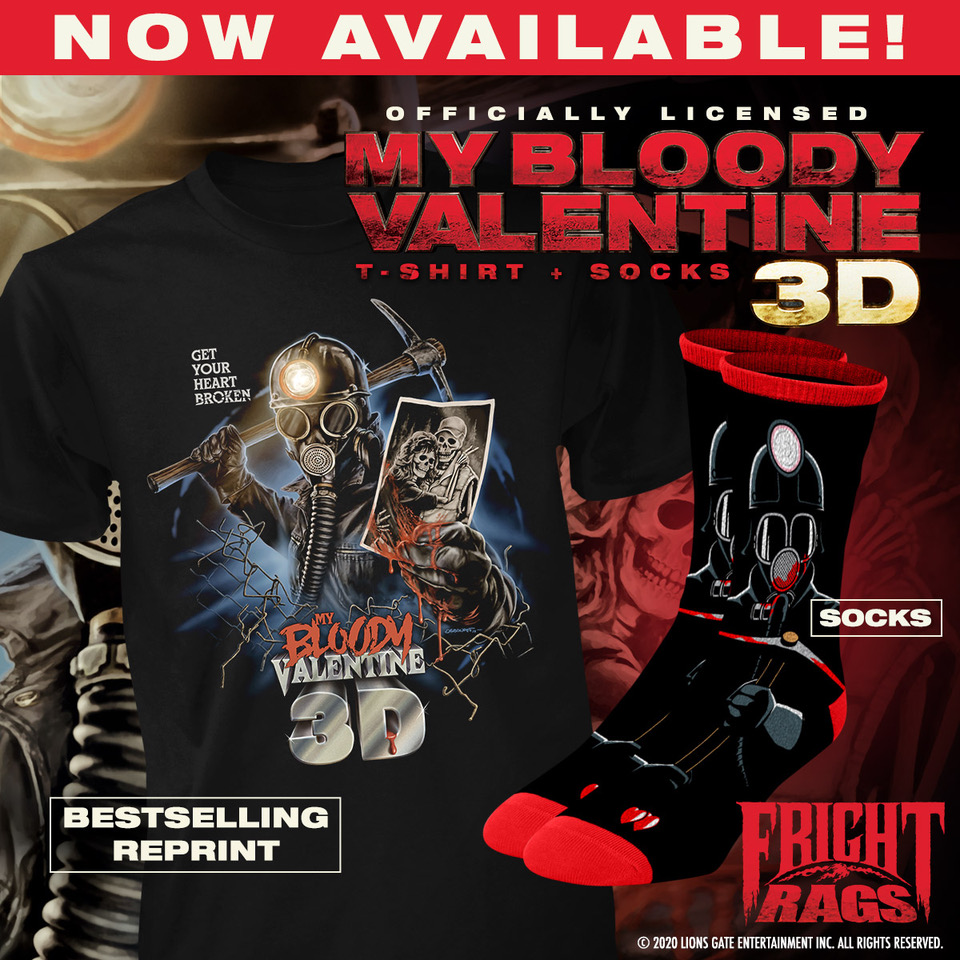 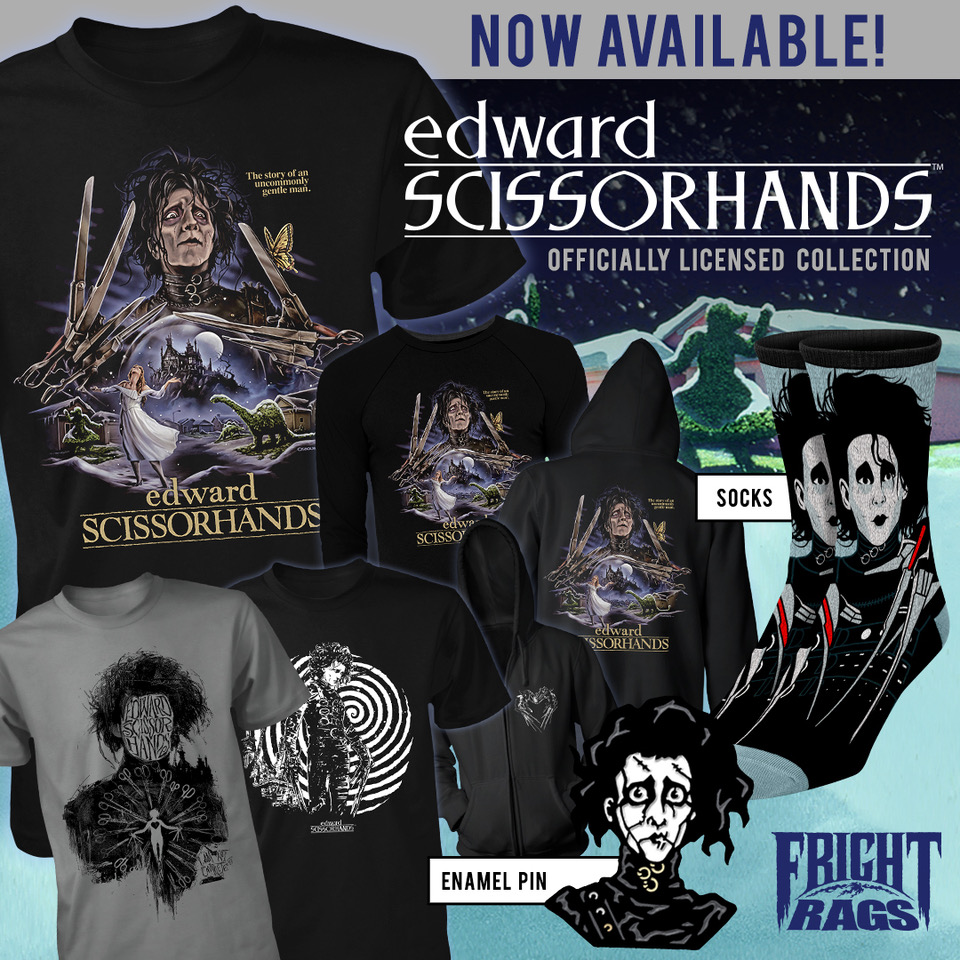 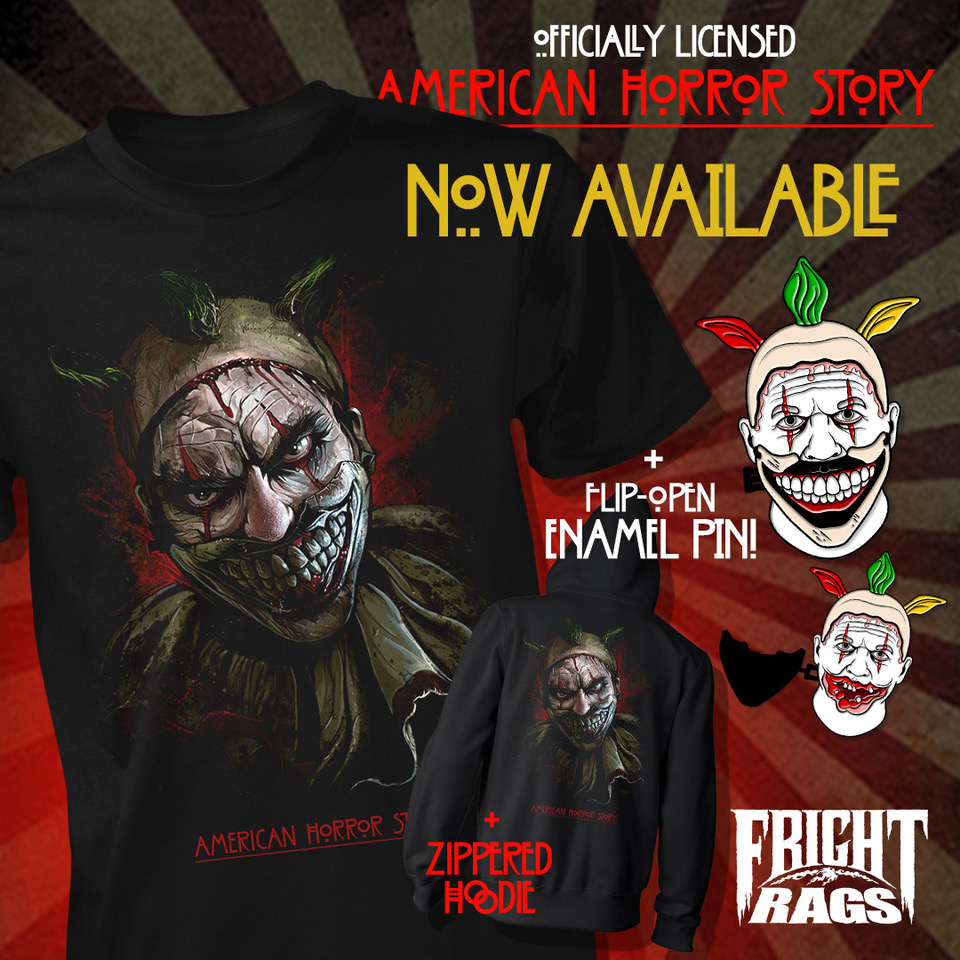