Before the over-the-top mayhem and dark humor of Amazon’s The Boys, before the post-apocalyptic nightmare of The Walking Dead, before the sprawling space adventure of Avengers: Endgame, there was Mars Attacks! The original pulp sci-fi card set, released by Topps in 1962, influenced them all.

Now nearly six decades later, The Topps Company has licensed Mars Attacks to SideKick Lab, who will develop, produce, and publish a new series of Mars Attacks trading cards, which is currently crowdfunding on Kickstarter. The campaign was sucessfully funded in just over an hour!

“SideKick was a critically important partner behind Topps’ earlier Kickstarter-funded Mars Attacks: Occupation, which was beloved by fans, and we are pleased to have them return to the series. SideKick makes products Mars Attacks fans want and we are happy to work with them to produce new content and carry forward the brand’s indelible legacy.” – Ira Friedman, Topps’ VP of Global Licensing 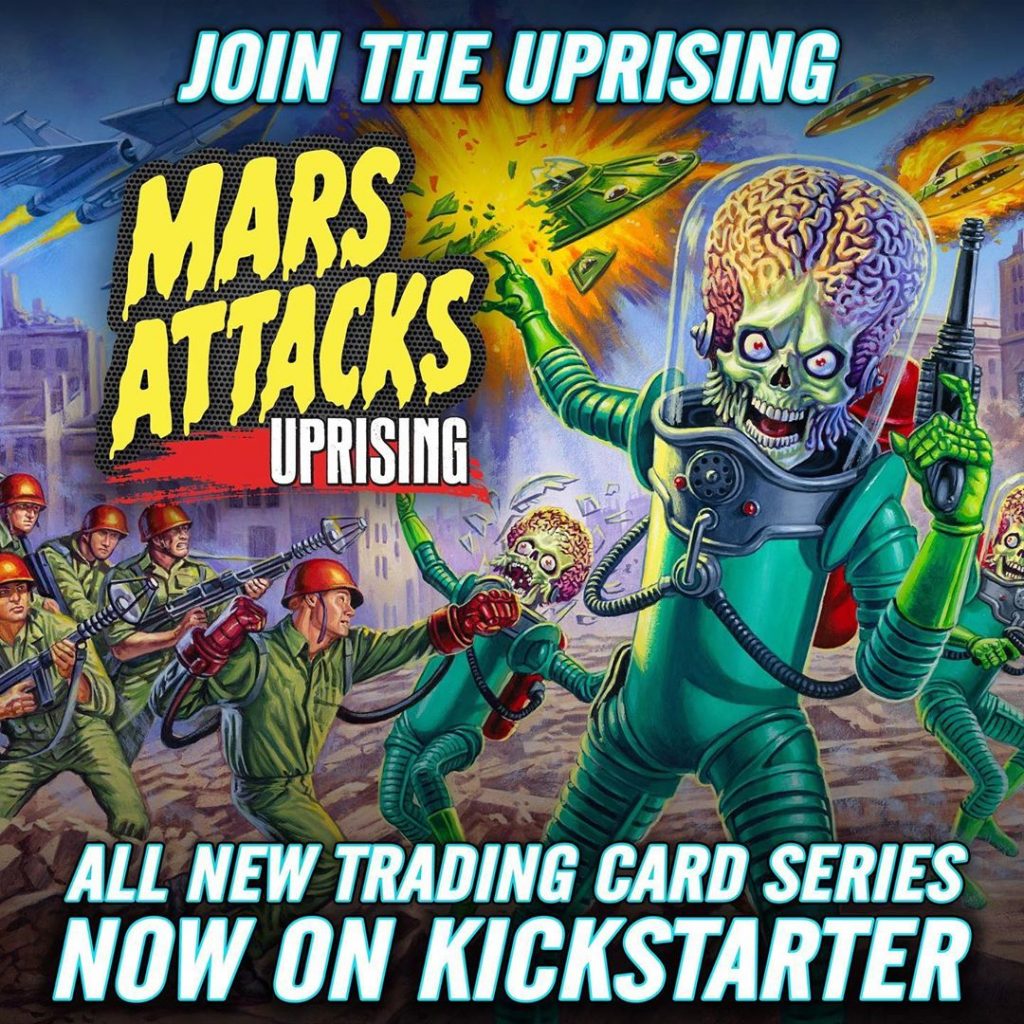 Founded by Tom Lichtman, SideKick Lab specializes in recreating trading card products from the past! The new set, Mars Attacks: Uprising, is a followup to the 2015 series Mars Attacks: Occupation, which funded on Kickstarter with a total of over $250,000 raised between the campaign and the followup survey to backers.

Mars Attacks: Uprising will include all new art by illustrators Ed Repka, William Skaar, Carlos Valenzuela, Paolo Parente, and other amazing talent. It will continue the story of an army from Mars that has invaded and enslaved the Earth, and show humanity’s struggle to rise up to defeat their alien overlords! The set will feature all-new story cards, unique chase cards including a crossover with the 1988 Topps series Dinosaurs Attack; creator autographs, hand-drawn original art cards, collectable parallel sets, and so much more! Filled with over-the-top action, twisted dark humor, and classic pulp-inspired art, Mars Attacks: Uprising will delight long-time fans and newcomers alike.

From complete sets to a la carte options, master bundles and hot packs, Kickstarter is offering collectors the chance to get what they want, how they want it. Speciality reward levels will allow fans the rare opportunity to be painted into the series itself; to receive unique one-of-a-kind rewards, and even original cut signatures from creators of the original series, including visionary artists Wally Wood and Bob Powell! 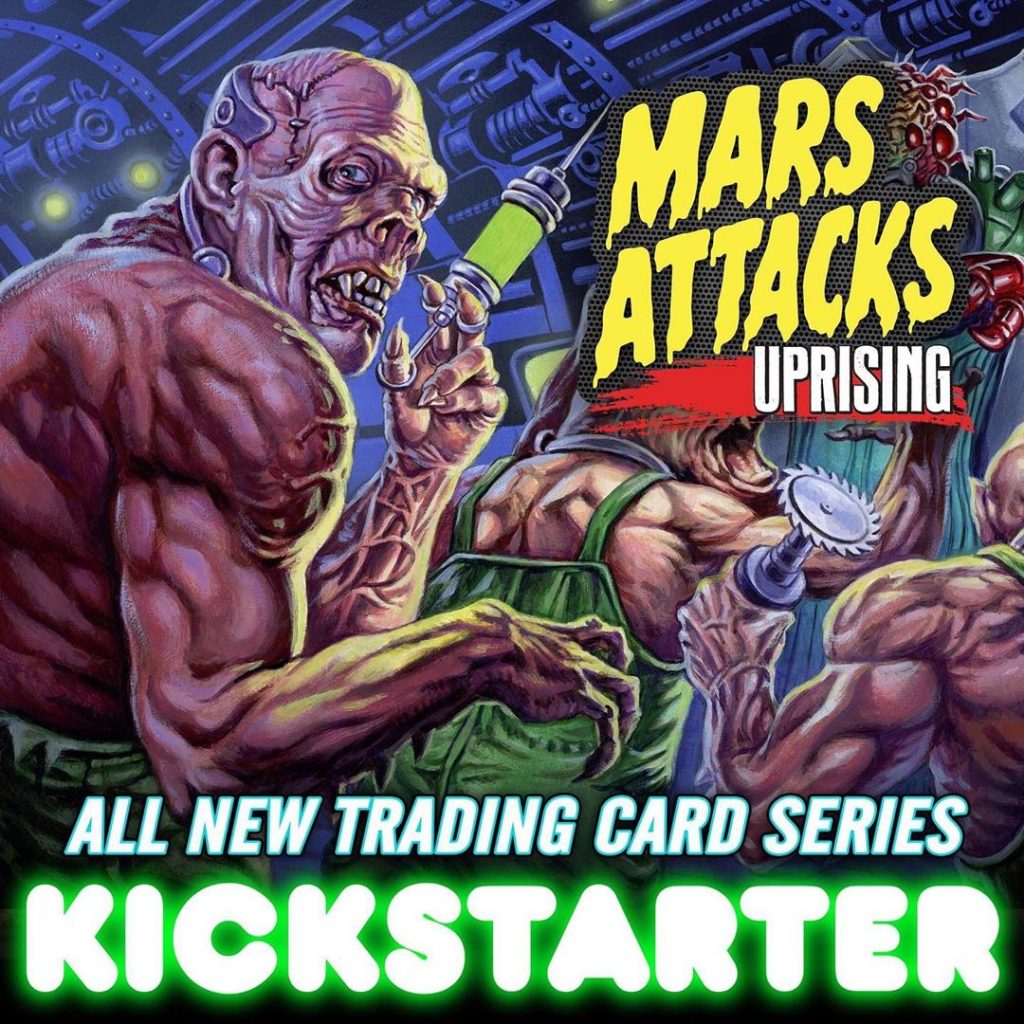