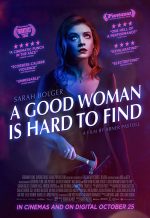 Sarah (Sarah Bolger) is doing it tough. Having lost her husband to an as-yet-unsolved murder only a few short months prior, she is stretched both financially and emotionally. She has two small children to give her strength and motivation as she privately grieves and tries to hold her family together.

But A Good Woman Is Hard to Find opens with her covered in blood. She washes it off in the shower and then we reflect back on how she got there; and what an exhilarating tale it is.

We accompany Sarah in her daily routine – getting the kids organised, doing the shopping, checking in on the police investigation into her husbands homicide; but there are cracks all over her life – in the way she is intimidated by a supermarket worker whose overly ‘friendly’, in putting back groceries she can’t afford, in her interactions with the cops who tell her to “let sleeping dogs lie” though her son has been mute since witnessing his father’s death. 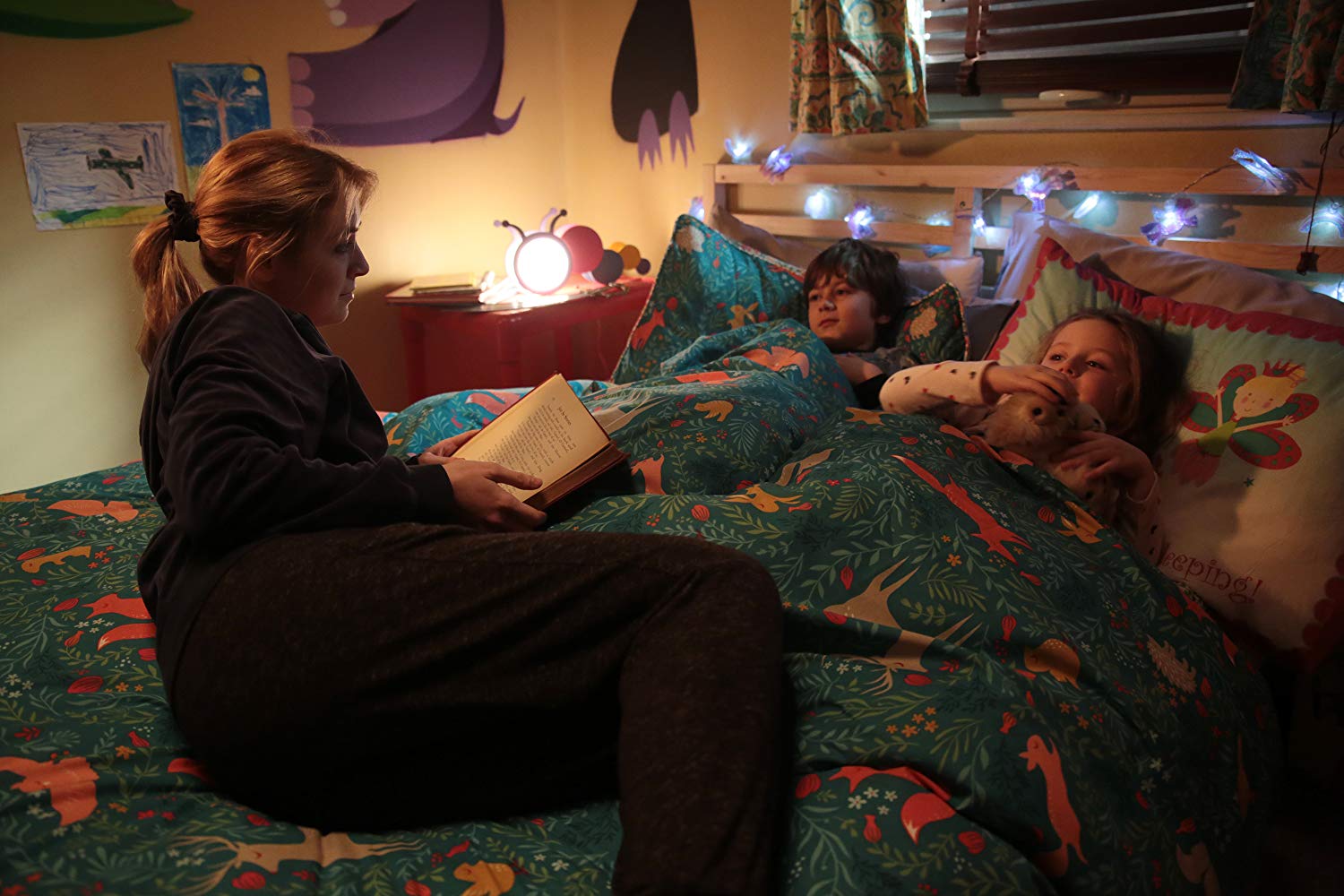 A threatening but strangely gregarious man starts forcing his way into her world, ostensibly to hide drugs from the heavies that are after him, but he becomes more and more comfortable in her home and life as we grow tense watching her unease. This man, Tito (Andrew Simpson), is the physical embodiment of a violent underground that has invited itself into her home literally through the front door, and she finds herself dragged into ever-increasing circles of danger.

As Tito feels entitled to her house and attention, he shares alarming details about his situation, how he stole the drugs from kingpin Leo Miller (Edward Hogg), how he plans to sell them and share the profits with her. But Miller is a dangerous man, a violent man, a connected man, and Sarah is positive that not only has she been implicated in something that could get her killed, but now her children’s very safety is threatened too. This all leads inexorably to a finale that’s an operatic and bloody conclusion leaving the viewer breathless. 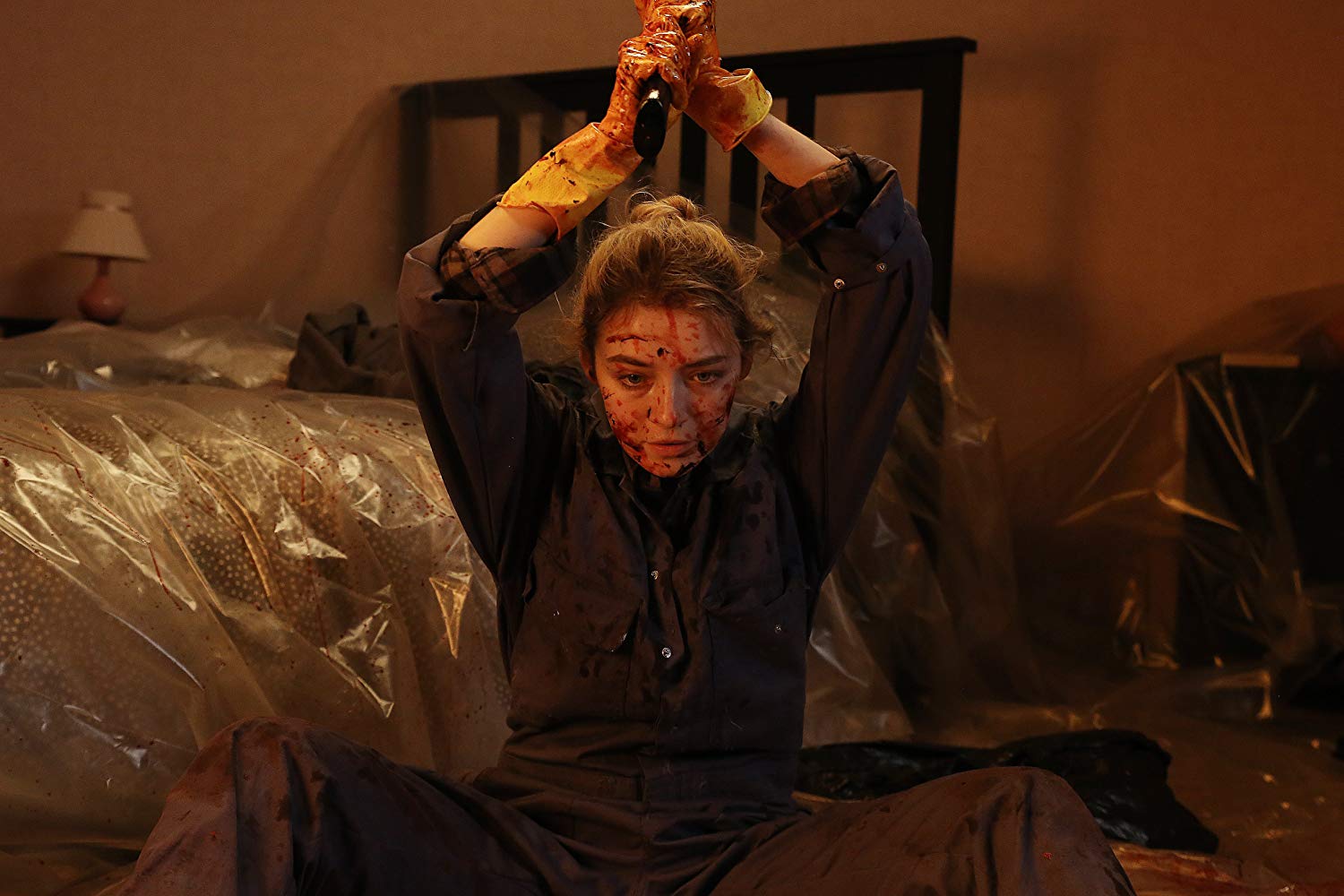 Dominated by a commanding performance from lead Sarah Bolger as Sarah, who manages to find nuances in her character that make her more than a cypher for female empowerment but a real person with fears and foibles, A Good Woman Is Hard to Find also boasts an appealing turn from Andrew Simpson as Tito, who is both friendly and frightening in the same measure. Edward Hogg as Leo however is less successful, his whiny voice and effeminate manner don’t lend themselves well to someone supposedly so terrifying; and though the violence he dishes out is stomach-churningly effective, his demeanour feels a misstep. 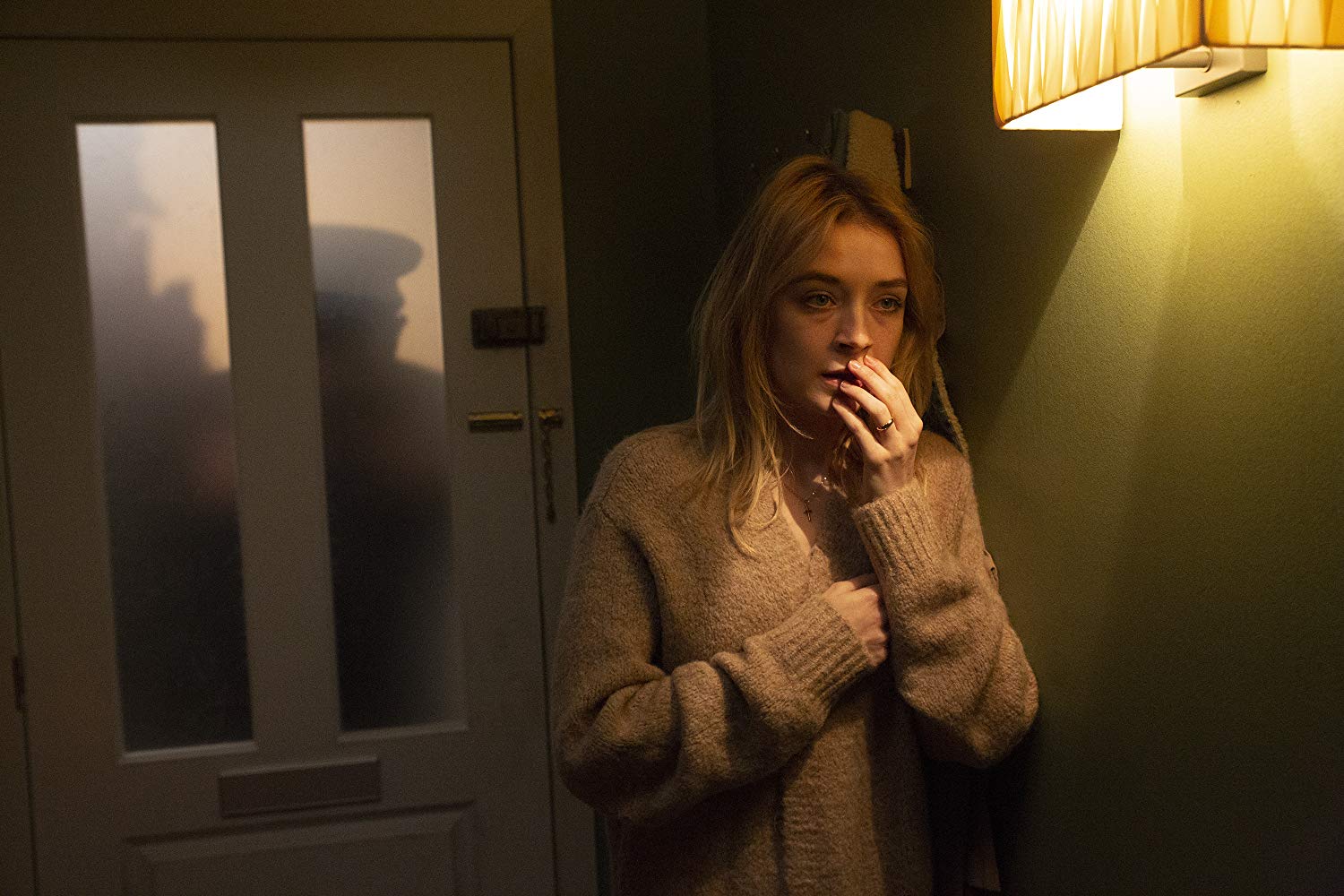 The title also gives me pause. I’m unsure what its actually referring to or why it was chosen; it doesn’t seem to relate to the film itself at all. Having said that, this film is taught and terrific, offering gorehounds enough blood to satisfy and serious minded folks some social commentary to chew on. Buoyed by some great performances, a nice sense of pace and a dynamite lead turn, this one is worth ‘finding’.