Are you ready for more of the worst of the worst? My eye is twitching just thinking about the past decade of decadent filmmaking. Yes, the process of compiling this subjective list has been self-inflicted, but I needed my own personal purge. So, without further ado, here are the worst horror movies of the decade; from 2015 to 2019. 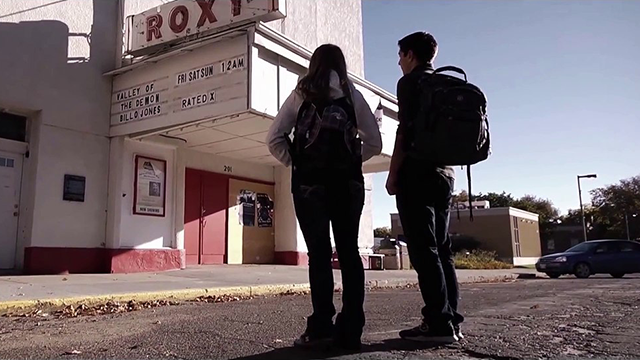 aka The Amityville Theater

The Amityville Playhouse is definitively the worst horror film to be released in the 2010s. “Inspired by true events from America’s most notorious town,” The Amityville Playhouse is the thirteenth entry based upon the Amityville haunting. For the uninitiated, the Amityville haunting was what George and Kathy Lutz claimed to have experienced upon moving into their new home at 112 Ocean Avenue, Amityville in 1975. The Lutz family bought the house for a bargain due to the previous owner, Ronald DeFeo Jr., having shot and killed several members of his family at that same location, one year prior.

Their account of the Amityville haunting was adapted into a 1977 novel written by Jay Anson, entitled The Amityville Horror, which spawned the 1979 supernatural horror flick of the same name, directed by Stuart Rosenberg. Their success led to many official sequels, and unfortunately many unofficial sequels ‘in name only’. You see, as Amityville, New York is a real location, and the events surrounding Ronald DeFeo Jr. and the Lutz family are historical, so anyone can exploit the Amityville haunting for their own movie and simply add Amityville into the title. That is why we now have to endure The Amityville Playhouse, Death House, Asylum, Prison, etc…

So what is the connection between The Amityville Horror and The Amityville Playhouse? A high school girl inherits an abandoned theater after the tragic death of her parents. And guess where the theatre is located? You guessed correctly, in fucking Amityville! And you know what else? It’s fucking haunted! 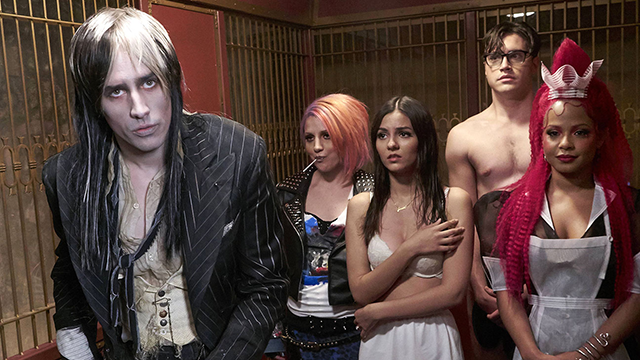 After the success of 2010’s The Rocky Horror Glee Show, which aired as part of the second season of the television series Glee, 20th Century Fox became interested in revisiting the idea of remaking Richard O’Brien and Jim Sharman highly successful midnight musical, The Rocky Horror Picture Show (1975). Fox had teased the idea in the mid-2000s as The Rocky Horror Show for the MTV generation, but hardcore fans were vocal in their disapproval.

So, how did Fox get away with actually remaking The Rocky Horror Picture Show? They presented it as a feature-length television tribute to the cult classic rather than a remake. And thus The Rocky Horror Picture Show: Let’s Do the Time Warp Again was inflicted on the world with a TV budget, no real understanding of O’Brien and Sharman’s lovingly crafted references to the sci-fi/horror cult classics, and cringe-worthy nods to the original picture show.

For example, Let’s Do the Time Warp Again is framed as if we, the audience, are attending a theatrical showing of The Rocky Horror Picture Show. MST3K-like scenes are utilised to introduce elements of audience participation, taken from screenings of the original film. Pseudo-Columbia even mutters “I hope it’s not meatloaf again,” during the dinner scene… Not even Laverne Cox or the long-awaited on-screen return of Tim Curry could stop me from throwing up in my mouth. 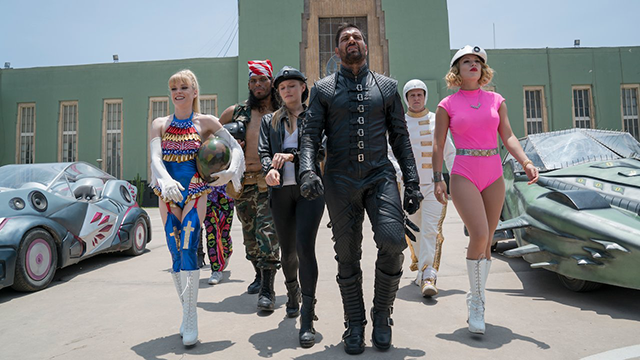 1975’s Death Race 2000 is one of my all-time favorite B movies. Directed by Paul Bartel and produced by Roger Corman, “King of the B’s”, Death Race 2000 was carsploitation sci-fi that depicted a dystopian American society in the year 2000. David Carradine as ‘Frankenstein’ and Sylvester Stallone portray rivals in the ‘Transcontinental Road Race’; a death race designed by the government to pacify the population after massive civil unrest. Bonus points are also given to drivers who strike and kill pedestrians in their high-powered, over-the-top themed vehicles.

Death Race 2000 inspired countless video games – from Twisted Metal (1995) to Carmageddon (1997) – due to its graphic point-based violence, but it was the political-satire that elevated Death Race 2000 from your average B movie. A reimagining followed in 2008, now retitled Death Race. Directed by Paul W. S. Anderson (Resident Evil), Death Race took the race away from the government and into the hands of a prison warden. It was a decent action-flick, where prisoners entered the death race for their freedom, but the political satire was lost.

Enter Death Race 2050… As the name implies, this true sequel is set fifty years after the original Death Race 2000 but ignores the events that led to the dissolution of the dictatorship and abolition of the ‘Transcontinental Road Race’. Instead, the death race still exists as population control by the United Corporations of America. The reigning champion is still ‘Frankenstein’ (now portrayed by Manu Bennett) despite literally becoming the President of the United States of America in the previous movie. Oh, and spectators now watch via virtual reality headsets because…the future! Death Race 2050 is more of a soft reboot than sequel, and whilst the film brings back the blood and guts of the original, it lacks the heart of Death Race 2000. 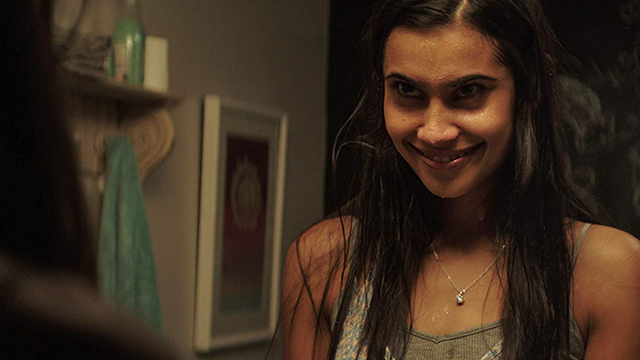 aka Blumhouse’s Truth or Dare

Blumhouse Productions had become so confident in themselves due to the success of horror films like Insidious (2010), Sinister (2012), Get Out (2017), and the hype surrounding their then-yet-unreleased 2018 sequel to Halloween, that Jeff Wadlow’s Truth or Dare was actually marketed as Blumhouse’s Truth or Dare.

Set around the concept of ‘truth or dare?’; a party game where players are given the choice between answering a question truthfully, or performing a dare given to them by an opposing player. Blumhouse’s Truth or Dare takes the concept one step further: if you refuse a dare, you will be forced to kill yourself by an ancient demon, whereas picking truth forces you to give away your deepest, darkest secrets… The game can only end when all participants are dead!

Unfortunately, I just don’t care for any of Truth or Dare’s irritatingly immature characters. Nor do I care for the nightmarish versions of said characters – the demon in various guises – with their CGI-enhanced smiles. There is nothing creepy about “a messed-up Snapchat filter”, as accurately described in the film by the damn protagonist! Honestly, what the fuck were they thinking? 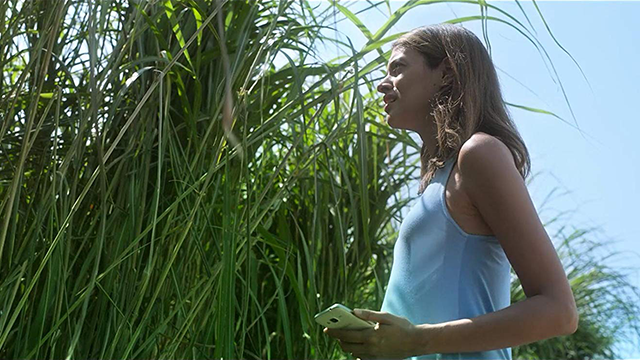 In the Tall Grass (2019) | Directed by Daniel Farrands

I had really high hopes for In the Tall Grass. Perhaps it was because I had read Stephen King and Joe Hill’s 2012 novella, before watching the film adaptation of the same name. Or perhaps it was because Vincenzo Natali was involved, who had directed one of my all-time favourite indie sci-fi/horror flicks, Cube (1997) (review). Ultimately, what I left with was disappointment.

Perhaps the inclusion of In the Tall Grass to this list may be a bit harsh. I have appreciated worse Stephen King adaptations in the past, like Maximum Overdrive (1986). But in attempting to adapt the novella, Natali has stretched an interesting concept – being trapped within a temporal loop in an ever-changing field of tall grass – into an hour and forty-one minutes of absolute boredom.

The ending to Natali’s In the Tall Grass also differs from the bleak conclusion to the original novella. This new atypical Hollywood-style ending is at odds, not just with King and Hill’s vision, but with Natali’s usual solid storytelling. Perhaps there are some works by Stephen King that should be left alone…

“…or else we’re gonna keep making the same mistakes forever.”