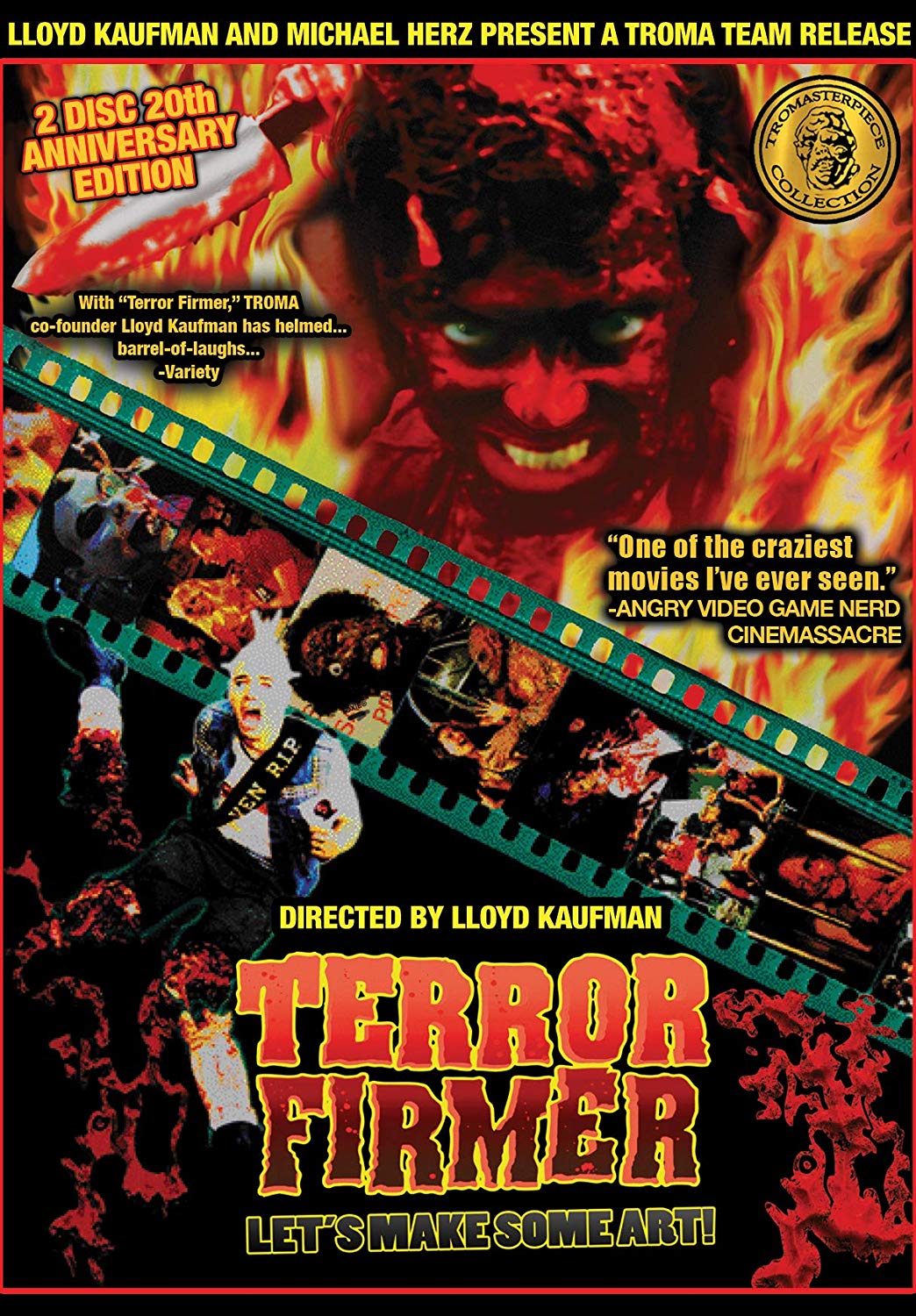 Lloyd Kaufman, Michael Herz and the Troma Team proudly announce the release of Terror Firmer: The 20th Anniversary Edition 2-Disc Blu-ray, available for pre-order on Tuesday, January 14th, and hitting store shelves on February 11th! Pre-order your own copy of Lloyd Kaufman’s Tromaserpiece for ONLY $29.99!

Terror Firmer is a Dali-esque surrealist Tromasterpiece by director Lloyd Kaufman and the Troma Team. Their trademark manic humor combines sociological satire with a new darker sensibility to create another classic in a legendary line of genre-bending films. Inspired by Lloyd Kaufman’s book, All I Need to Know About Filmmaking I Learned from The Toxic Avenger, Terror Firmer is the most action packed, most personal, most bizarre and most commercial, cellu-loidal adventure in the 46-year history of Troma Entertainment. Honored by film festivals the world over, Terror Firmer has firmly established Troma as the fount of mass appeal alternative cinema, the world’s source for reel independent art! 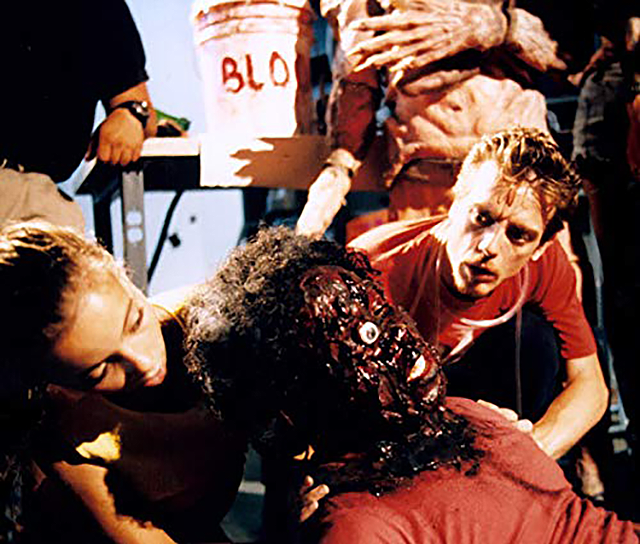 This is the story of a low budget film crew, led by their blind film director, Larry Benjamin (Lloyd Kaufman, president of Troma Entertainment and creator of The Toxic Avenger), trying to make some art. In addition to the typical trials and travails of a Troma set, the crew finds themselves set upon by a sexually conflicted, bomb bearing serial killer. Production assistant Jennifer (Alyce LaTourelle) struggles to succeed on set and to decide between the two men in her life – straitlaced Casey (Will Keenan, Tromeo and Juliet) and over the edge Jerry (Trent Haaga, Citizen Toxie: The Toxic Avenger IV, 68 Kill, Tromeo and Juliet).