With another decade now over I can safely say that there were fewer monster movies created in the 2010s that I’ve really enjoyed. Even though I’ve started to watch a lot more indie horror films thanks to festivals like Grimmfest and The Dead of Night – Dead Snow 2: Red vs. Dead (2014) for example – there are fewer modern horror films I have watched multiple times when compared to previous decades. I think this is due to the horror industry moving away from creature features over the past ten years, either due to budgetary concerns or perhaps to appeal to a wider audience… or both!

So whilst the 2010s are probably my least favourite decade for creature features, it got me thinking about my favourite monster movies. I’ve focused on the big two horror creatures – vampires and zombies – and then various other monsters in the final category. I’ve also started from the 1980s onwards – although it must be mentioned that the Hammer produced Frankenstein series are perhaps the best adaptions of the brilliant book, and 1979’s Alien (review) is one of my top ten horror films of all time. 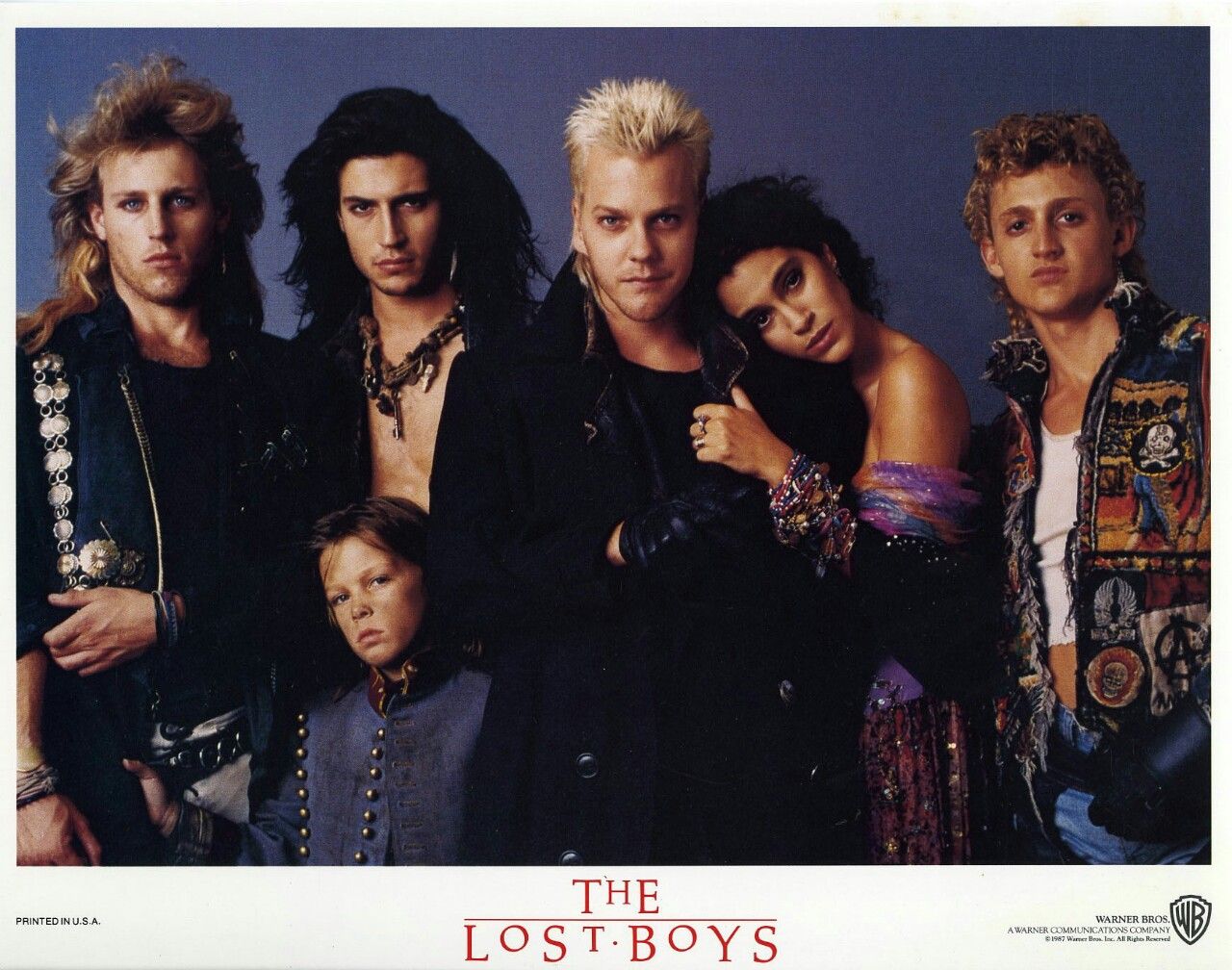 Near Dark (1987) and Fright Night (1985) both came out in the 1980s and featured great actors, different takes on vampirism and compelling stories. In fact, Bill Paxton as Severn in Near Dark is one of my favourite vampires ever. Then there is The Lost Boys from 1987 which I can’t fault! The chemistry between the actors, the redesigning of vampires to be rebels that young people would aspire to be…it’s a classic! However, my favourite horror film is 1994’s Interview with the Vampire with its stellar cast, tragic storyline, amazing gothic tone, and this film again shifted what it meant to be a vampire. After watching this film I started reading Anne Rice’s other books and The Vampire Lestat (1985) (the follow-up to the original Interview with the Vampire novel) is my favourite book ever. 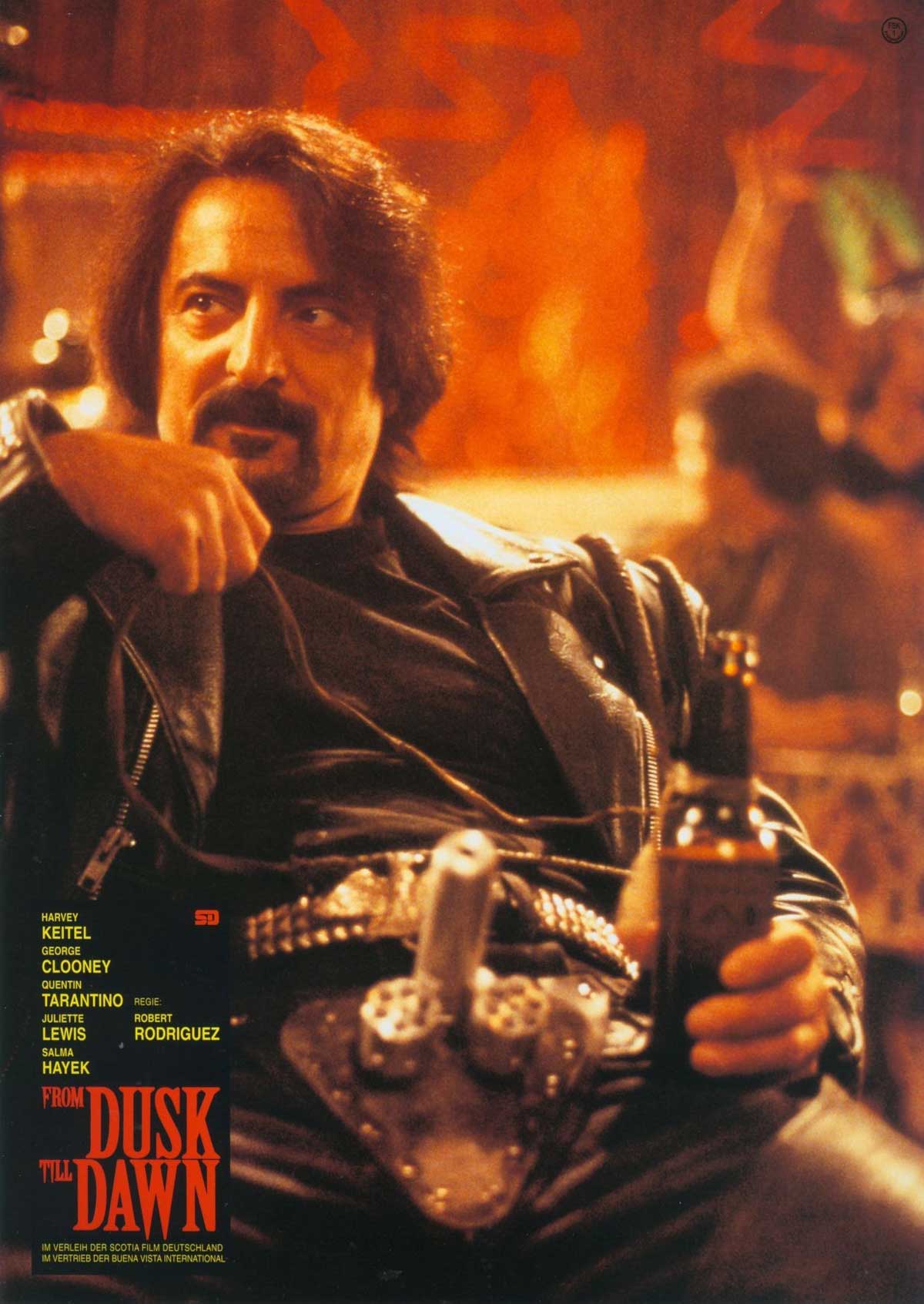 There was a variety of other interesting vampire films in the 1990s from each horror subgenre; like Blade (1998), From Dusk till Dawn (1996) and Dracula: Dead and Loving It (1995) to name a few that I can quote countless great lines from. Speaking of The Count, Bram Stoker’s Dracula (1992) which is possibly the best Dracula film with its faithful adaption of the book and great special effects for the time it came out. In the 2000s the first three (and arguably the best three) films in the Underworld series were released, and let’s not forget Shadow of the Vampire (2000), the latter featuring Willem Dafoe in one of his best roles as Nosferatu.

There was the odd vampire film that came out in the 2010s that I would rewatch again, like the 2011 Fright Night remake and Neil Jordan’s Byzantium (2012), but these aren’t as good as the original Fright Night or Jordan’s other vampire film: Interview with the Vampire. Therefore the best decade for vampire films, in my opinion, was the 1990s. 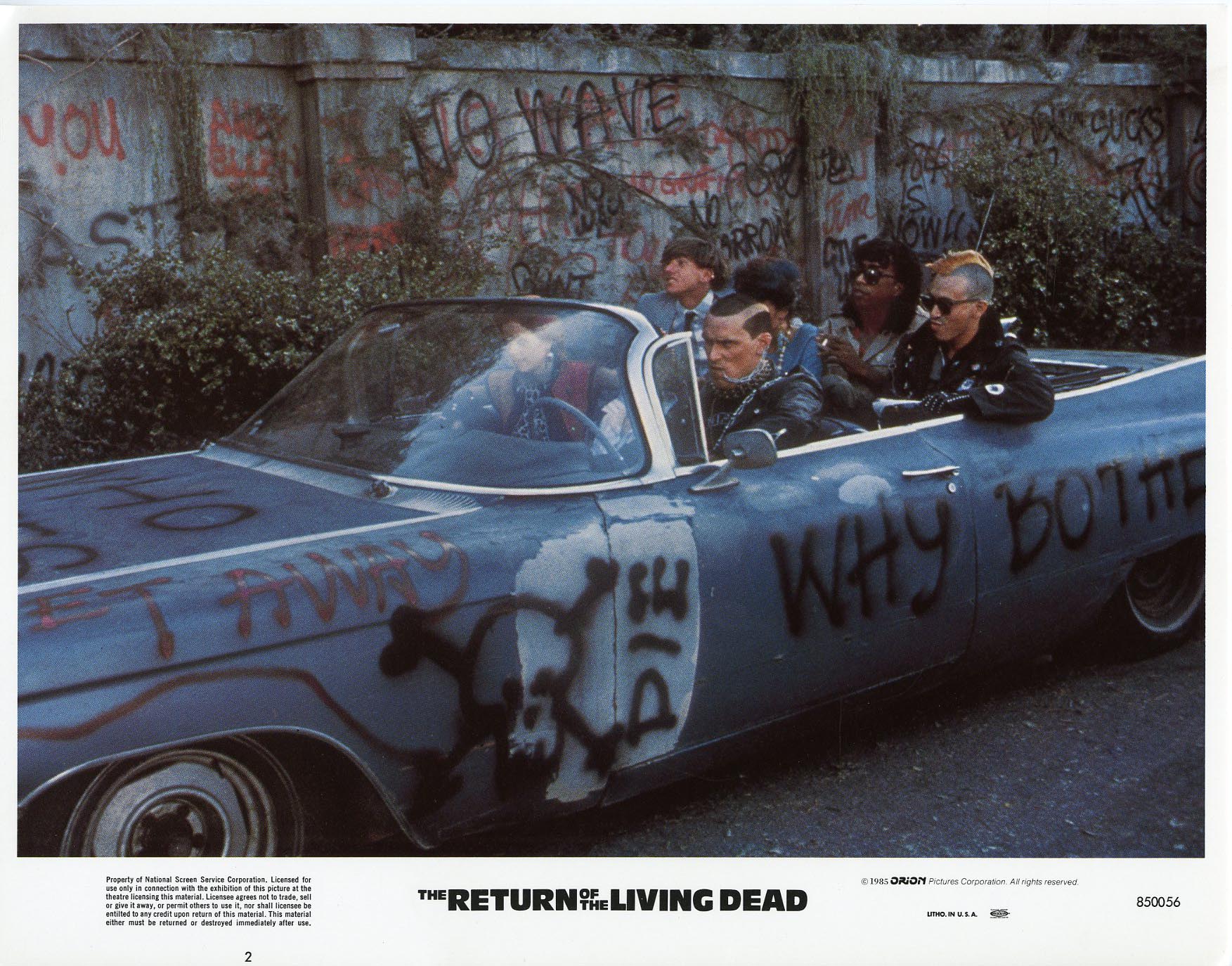 George A. Romero and John A. Russo are primarily responsible for the shaping of the zombie genre, and both had films out in the 1980s with Day of the Dead (1985) and The Return of the Living Dead (1985) (review). The latter has a punk feel, has some great comedy scenes (“More brains!”) all the while developing the zombie mythos. In the 1980s there was another zombie film I’ve watched several times; 1988’s The Serpent and the Rainbow which is based on a true story and features voodoo zombies. The 1990s had a few decent zombie films, and Braindead (1992) is by far my favourite with its occasional moments of comedy genius (“I kick arse for the Lord!”). 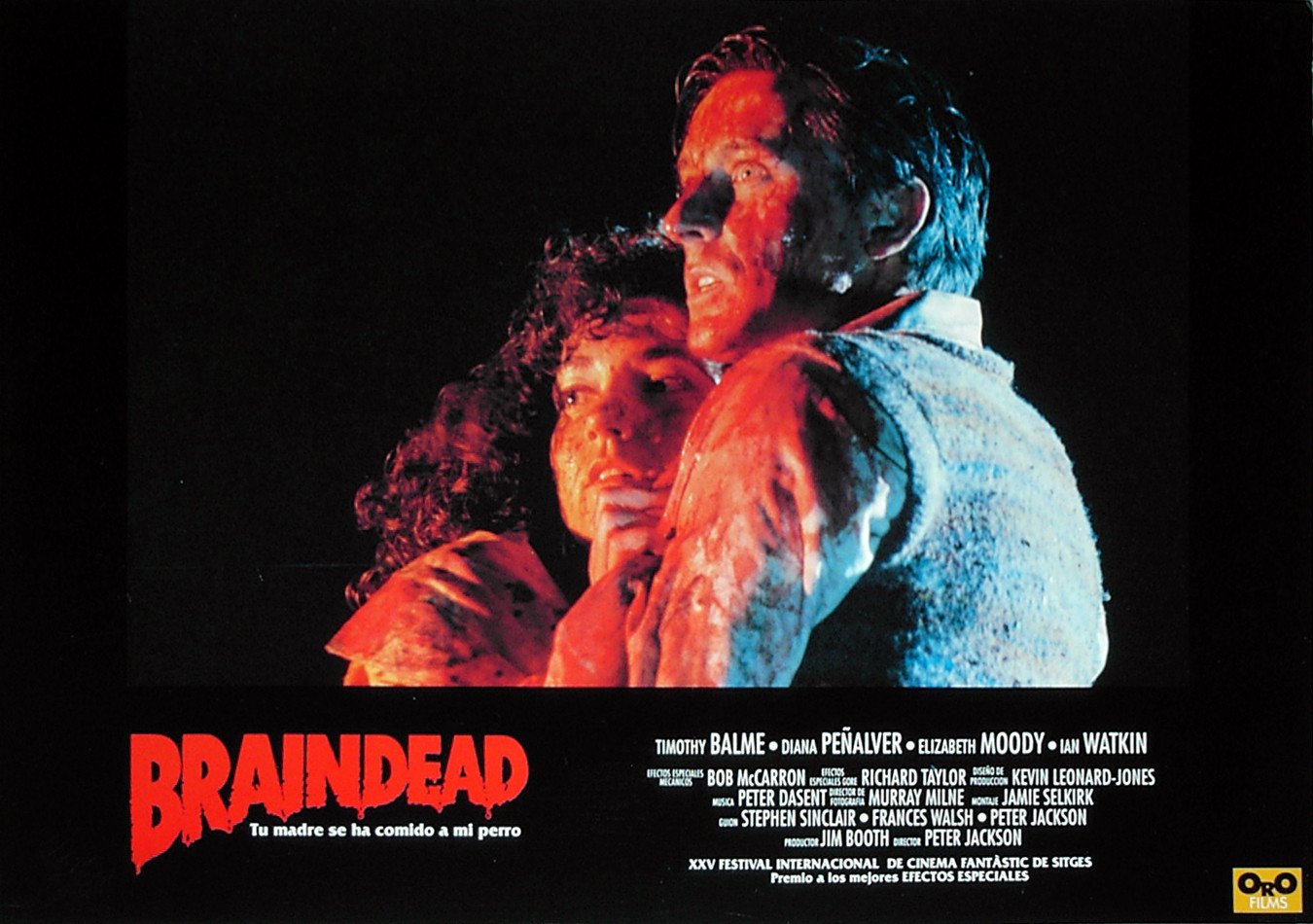 The 2000s had the best zombie comedies with Shaun of the Dead (2004) and Zombieland (2009), and the scariest with Resident Evil (2002) and [•REC] (2007); both masters of claustrophobia. Then there are the fast zombies in 28 Days Later (2002), which feels uncompromising real (along with the 2004 remake of Dawn of the Dead) and is my favourite zombie film ever. Zombies are far from dead in the 2010 film industry, with comedies like the aforementioned Dead Snow 2, Anna and the Apocalypse (2017) (review), and Warm Bodies (2013). Probably the tensest zombie film I’ve ever enjoyed is 2016’s Train to Busan (review), which is only let down by its occasional repetitiveness. Its close, but the 2000s are the decade of the zombies! 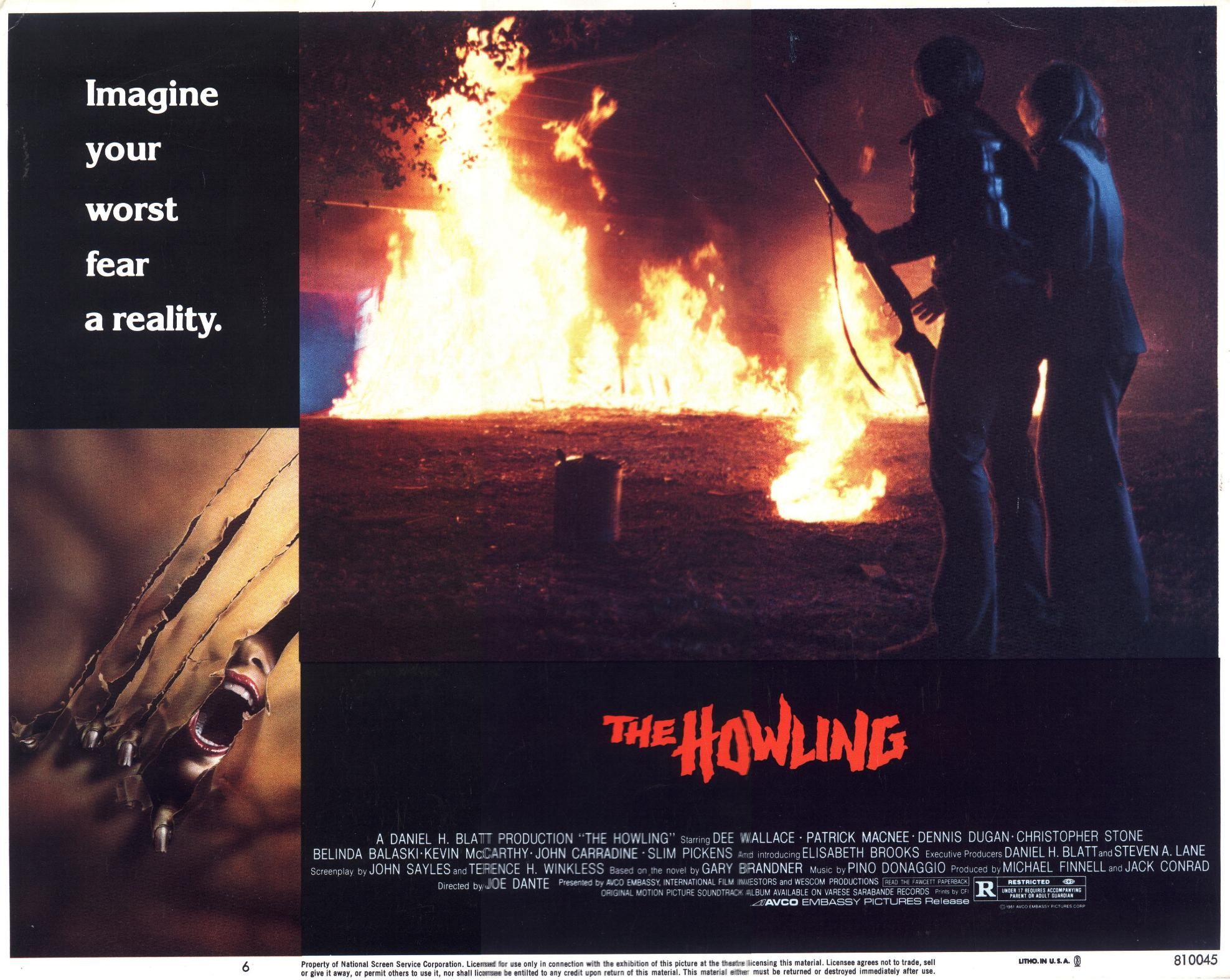 Werewolves and other monsters

I always struggle to name my top ten werewolf films (there’s not been that many great ones in the subgenre) but two of the best – An American Werewolf in London (1981) and The Howling (1981) came out in the 1980s. The special effects in 1980s horror were like nothing ever seen before! Even if you took away the charm, comedy and tragic storyline of An American Werewolf in London, the film would still be one of my favourites, simply for its practical effects. David Cronenberg was also involved with several horror films in the 1980s. Videodrome (1983) and The Fly (1986) are favourites of mine, both for the effects and the haunting compelling stories. Similar to Cronenberg’s work is 1982’s The Thing, but the setting of this film makes it even tenser. 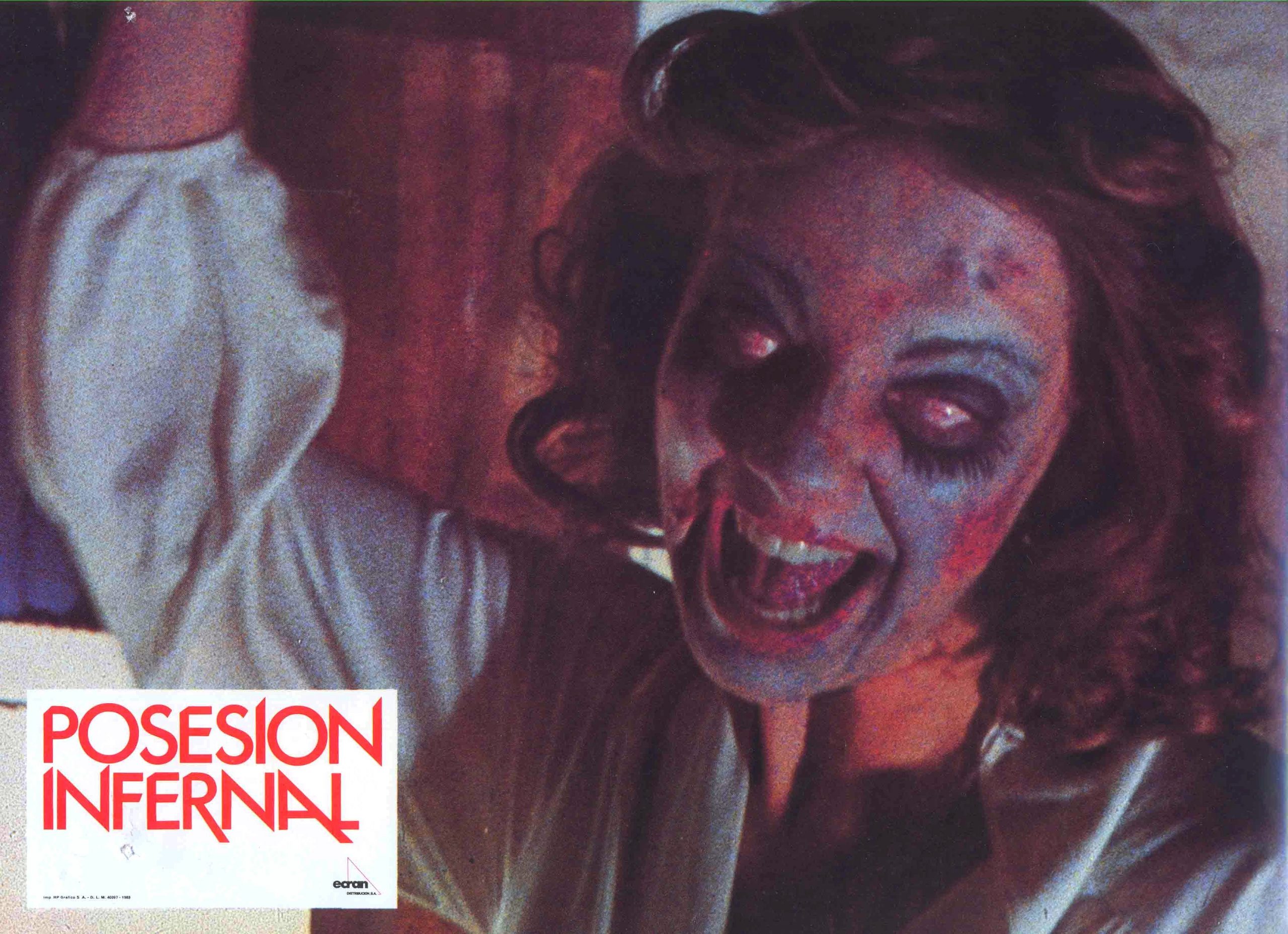 There are so many amazing horror-comedies starring monsters that came out in the 1980s, I could create another article on the subgenre! The Evil Dead (1981) (review), Evil Dead II (1987) (review) and Gremlins (1984) are my favourites. Whilst the 1990s were a boom period for vampires, other monsters didn’t do as well in that decade. Two of the scariest films for me as a child were It (1990) and Sleepy Hollow (1999) – the first for its creepiness, and the second because it was the first horror film ‘not for kids’ that I had watched. There were a few entertaining sequels in the 1990s, like Gremlins 2: The New Batch (1990), but it just wasn’t as good as the original. 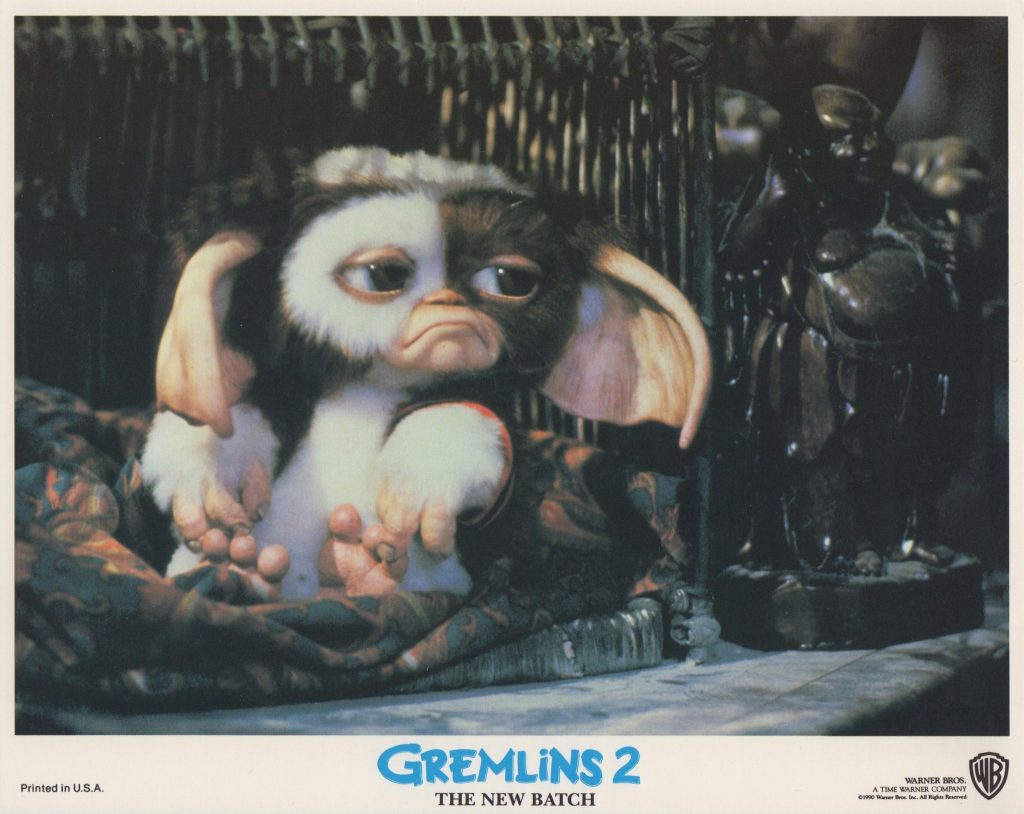 Another two werewolf films I would recommend came out in the 2000s: Ginger Snaps (2000) (review) with its original story and great chemistry, and Dog Soldiers (2002) for its comedy. Other monsters didn’t fare as well this decade, but 2007’s The Mist – another tragic film with great special effects – was one of the few standouts for me. As mentioned at the start of this article, there seems to have been a shift away from creature features in the 2010s… Making the cut is the remake of It (although I preferred the original) and 2018’s Await Further Instructions (which arguably isn’t a monster movie). For monster movies that don’t involve vampires or zombies, the 1980s wins hands down.

Overall, each decade of monster cinema has been entertaining, but which is my favourite? The 1990s were brilliant for vampire films but if watching any other monster movies, it’s rarely going to be from that decade. Therefore, as both the 1980s and 2000s focused on a larger variety of monsters, whilst not neglecting vampires and zombies, they are my winners for the best monster movie decades.