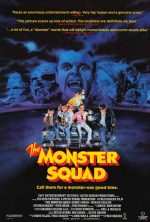 I’m well into my 30’s now. That means I was lucky enough to be in my pre-teens when Fred Dekker was still directing films and TV. He may be known by most people as either the director of the entertaining Night of the Creeps or calamitous Robocop 3, but sandwiched in between these two totally dissimilar yarns was 1987’s The Monster Squad.

Roboflop (see what I did there?!) pretty much put an end to Dekker’s directing career in 1993 – he’s written a few episodes of Star Trek since and recently co-wrote the screenplay for 2018’s The Predator – but it should be his nostalgic family-comedy-horrors that he’s remembered for.

The titular “Monster Squad” is a small group of horror-loving kids, led by Sean (André Gower), who run their affairs from a poster-adorned treehouse. But when fantasy becomes reality and Dracula descends on their sleepy American town with a few mates, it’s up to the little blighters to save themselves and the whole of mankind in the process.

I grew up loving this film, destroying my VHS copy in the process through overuse. I’m convinced it’s one of the reasons why I have such a high regard and love for the classic-horror/comedy-horror genres. 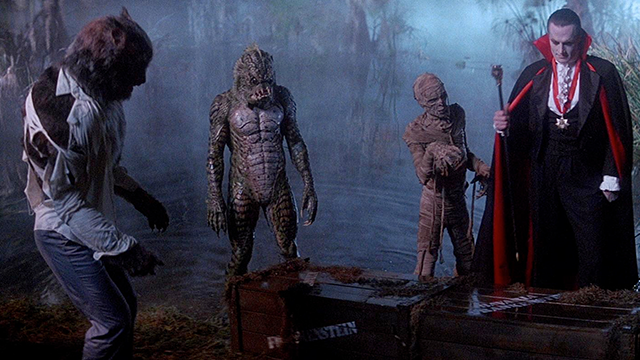 Dekker, who serves as both director and co-writer, creates a typical 80’s feel-good vibe and hits a perfect note between child and adult humour, while still managing to blend ‘family-friendly’ with excellently presented horror icons. This is in no small part down to a lively, funny Dekker/Shane Black script and the great Stan Winston’s work on the creature designs, which are amazing – keep an eye out for Wolfman’s phonebox transformation, which still manages to scare the shit out of me.

And of course, it wouldn’t be ‘1987’ without all this being enveloped in an excellently-cheesy soundtrack, including ‘Rock Until You Drop’ (“…DANCE UNTIL YOUR FEET FALL OFF!!!”…… sorry).

A lot of the film’s success comes from the sharp (and mildly sweary) dialog given to the child actors, who come across as not only likeable but believable as well. Surprisingly, not many of them have carved out much of a Hollywood career since. 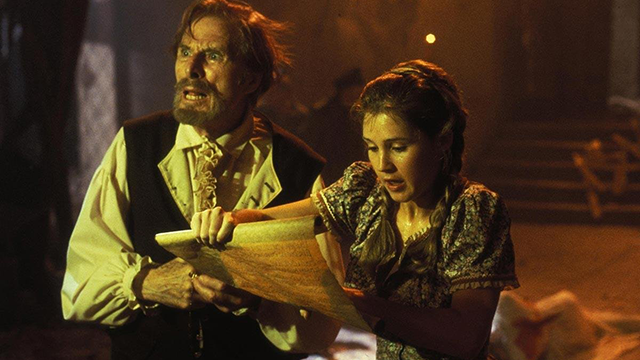 Also, with John Gries and Tom Noonan as a couple of your monsters, you’re in safe hands – Gries, a prolific actor, producer and director, who ‘reprised’ a very similar role in Fright Night 2, while Noonan has excelled as Francis Dollarhyde in Manhunter and Mr Ullman in The House of the Devil, to name but two.

Despite a foolishly ordered cut of between 10-15 minutes by the dicks at TriStar, which does leave certain early scenes incoherent and riddled with plot holes, Dekker continued to show real talent for making enjoyable, light horror films. By keeping the classic monster stereotypes from past Universal films close to his heart, he gives it a credibility that was always going to endear it to a cult audience. But when the credits start to roll before the 80-minute mark you can’t help but pine for the scenes that were lost. I mean, who WOULDN’T want an extra few minutes (or HOURS even!) with Frankenstein’s Monster, The Mummy, Creature from the Black Lagoon, et al?! 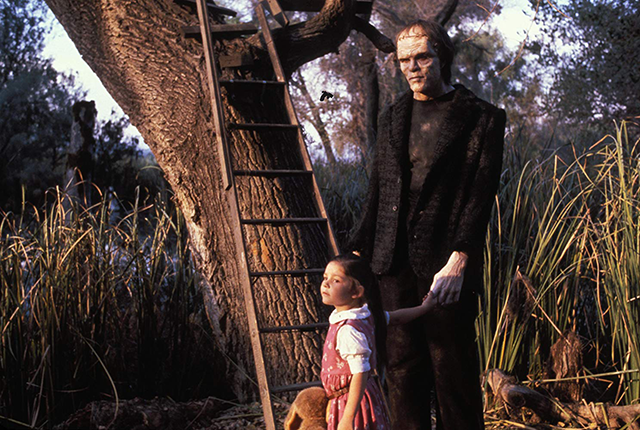 Searching around the internet, I haven’t managed to find a version longer than 80-odd minutes long, so it seems I’ll never get to see the missing footage. If anyone’s got any tips on where I might find a full, un-butchered version please let me know, as despite a poor showing at the box-office, The Monster Squad remains a true horror homage from a director who unfortunately seemed to pack away his camera far too early.

No YOU shut up…