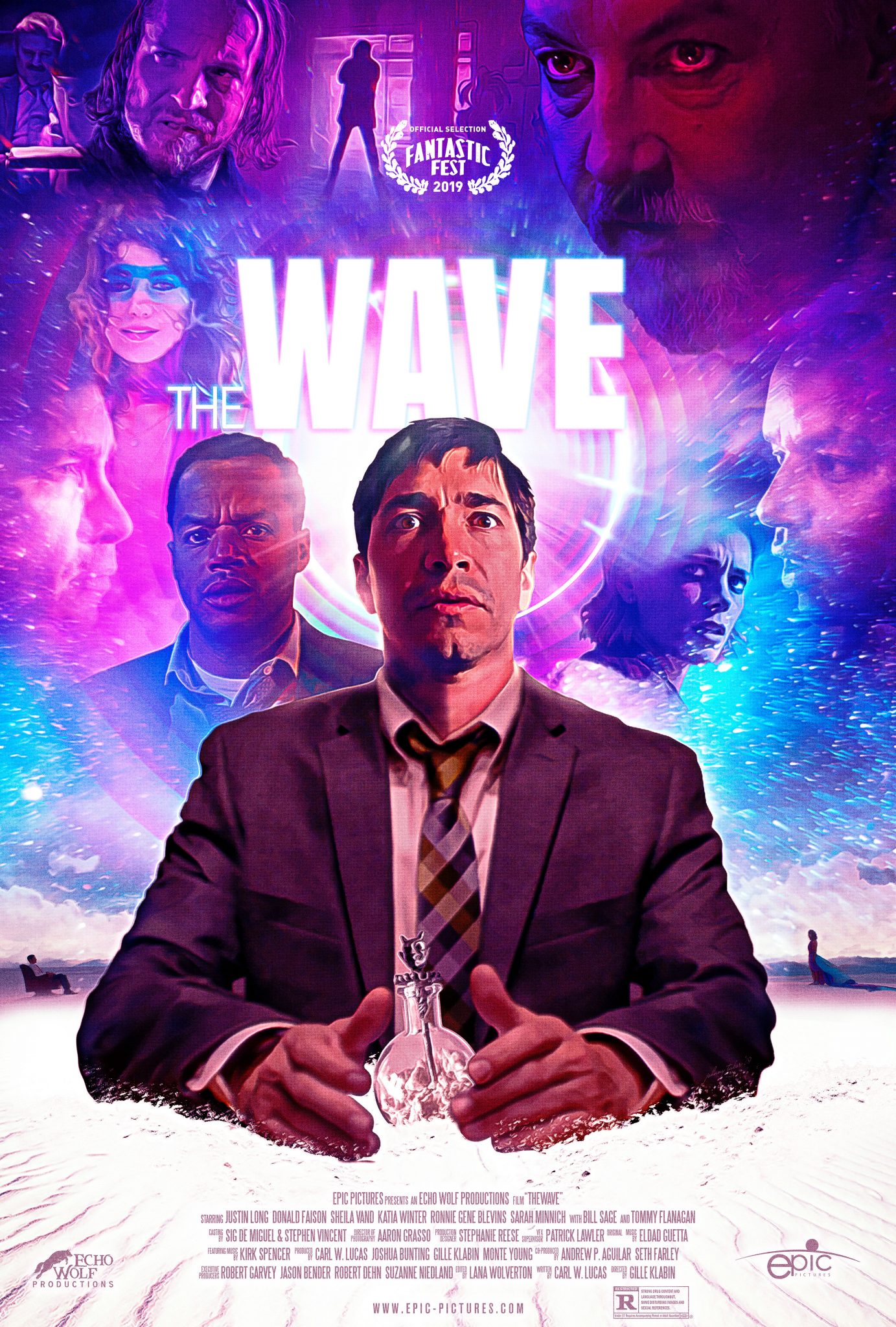 After a celebrated world premiere at Austin’s famous Fantastic Fest and a series of festival screenings, both international and nationwide, Gille Klabin’s psychedelic sci-fi adventure-comedy The Wave is heading to U.S. theaters and VOD January 17th 2020 from Epic Pictures Group.

Justin Long (Die Hard 4.0, Accepted, Jay and Silent Bob Reboot) and Donald Faison (Scrubs, Clueless) lead the unique modern-day parable that follows Frank (Long), an opportunistic insurance lawyer, who thinks he’s in for the time of his life when he goes out on the town to celebrate an upcoming promotion with his co-worker, Jeff (Faison). But their night takes a turn for the bizarre when Frank is dosed with a hallucinogen that completely alters his perception of the world, taking him on a psychedelic quest through board meetings, nightclubs, shootouts, and alternate dimensions. As Frank ping-pongs between reality and fantasy, he finds himself on a mission to find a missing girl, himself… and his wallet. 💊

Justin Long is no stranger to the screen with wide-ranging credits that include Galaxy Quest, Jeepers Creepers, and Drag Me To Hell. He frequently appears in Kevin Smith and Judd Apatow comedies and has acted alongside Drew Barrymore, Christina Ricci, Liam Neeson, and Ginnifer Goodwin. He currently hosts Life Is Short with Justin Long, a podcast where he talks to celebrity guests about the meaning of life, according to them.

The Wave is the feature directorial debut from Gille Klabin, and is written and produced by Carl W. Lucas. The film was produced by Robert Dehn and Monte Young, and produced for EchoWolf by Lucas and Joshua Bunting. It was co-produced by Andrew P. Aguilar and Seth Farley, with Jason Bender, Suzanne Niedland and Kevin P. Towler as executive producers, and Brian Ankrum and Nia Kingsley as associate producers.

An energetic romp that’s one part buddy-comedy and one part psychedelic quest, all wrapped up in an existential adulthood-crisis with stunning visuals and hilarious twists!