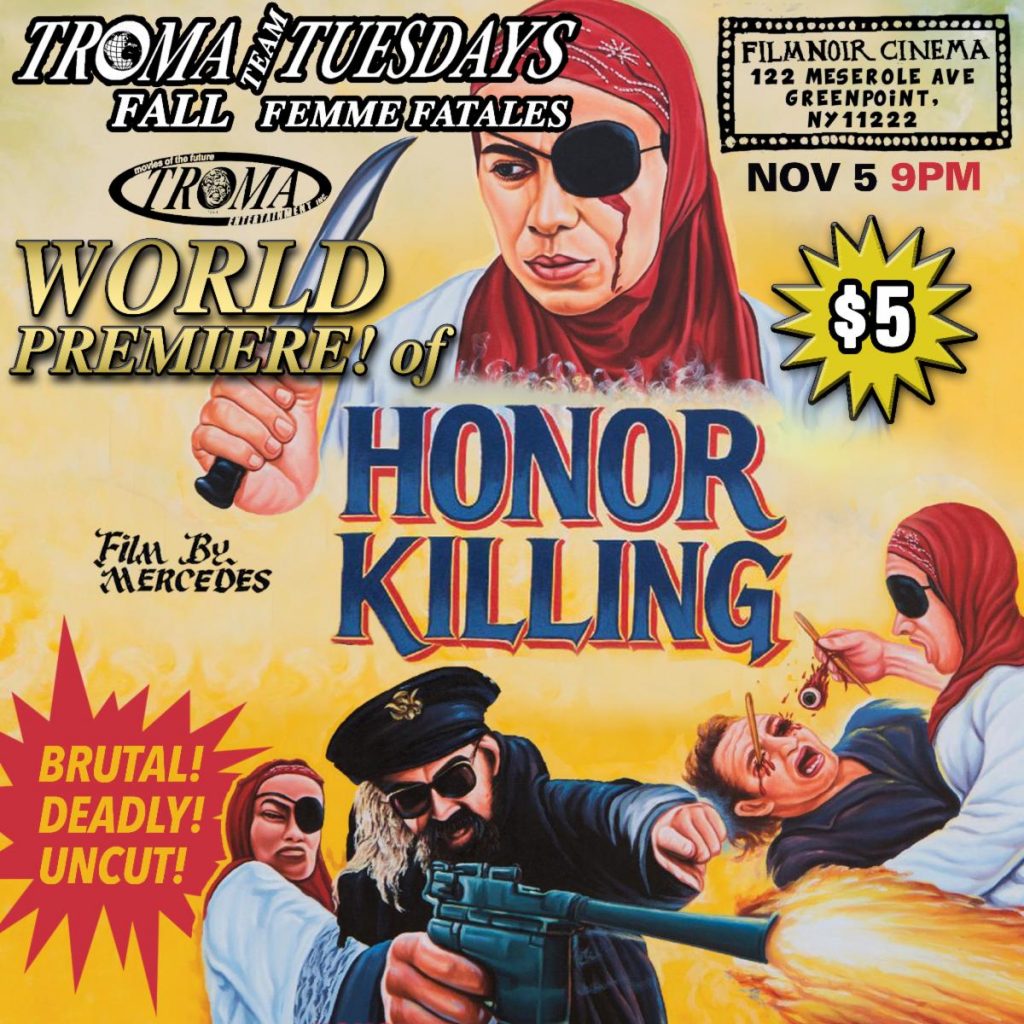 Troma Entertainment and Mercedes the Muse (Rose & Viktor: No Mercy, Hellfire!) fight against patriarchal oppression and for women empowerment in independent film with dual world premiere screenings of femme fatale revenge thriller Honor Killing on November 5th at Film Noir Cinema in Brooklyn and The Grand Gerrard Theatre in Toronto at 9:00 PM!

A young woman with no name (Mercedes the Muse) is victim to a savage sexual assault. She is further betrayed when her own family decides the only honorable thing to do is…kill her! But you can’t keep a good woman down. Surviving the botched execution she becomes driven by one thing…revenge! Trained by a shady bounty hunter named Viktor (Jim Schumacher), the woman takes her new skills on the road in search of the man who pulled the trigger, her father, taking a knife, bullet and fist to every male obstacle along the way. Written, starring and directed by Mercedes, this is the feminist grindhouse movie! 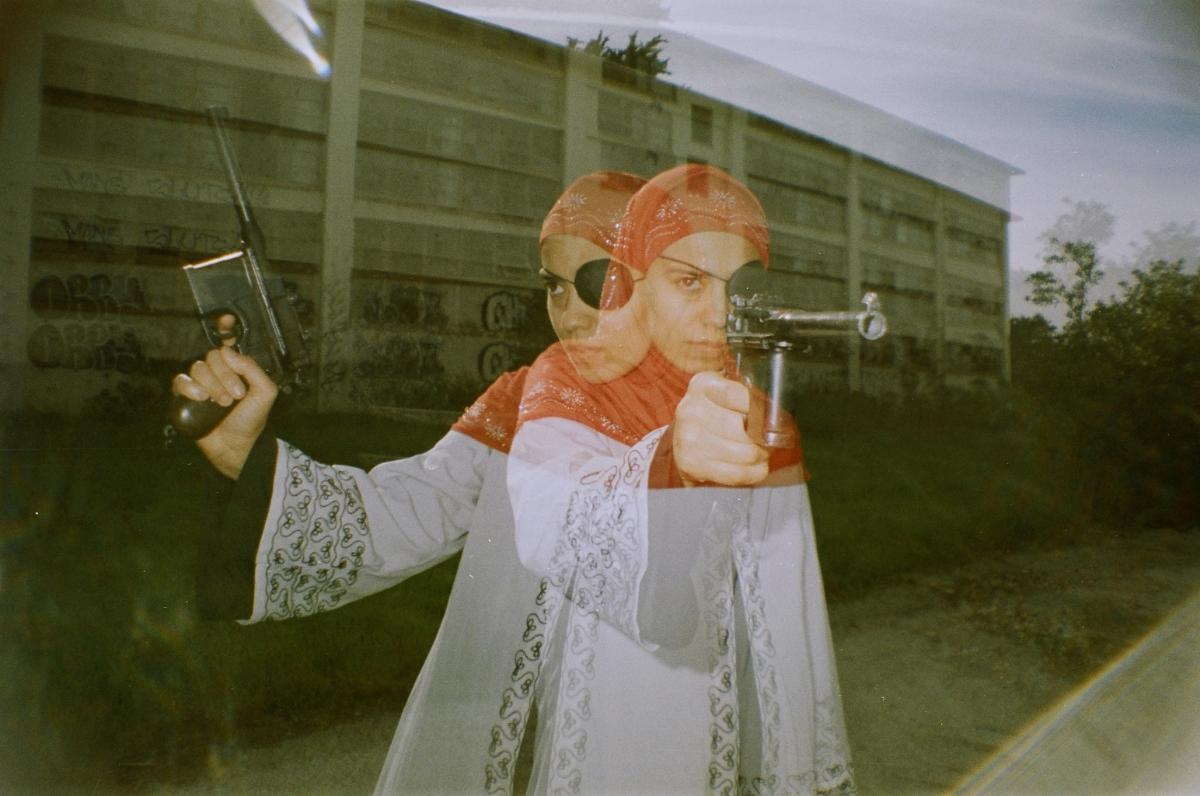 Fans can see Honor Killing on November 5th for ONLY $5 at Film Noir Cinema in Brooklyn and for FREE at The Grand Gerrard Theatre in Toronto (donations appreciated), with both screenings commencing at 9:00 PM! Join Troma Entertainment in the fight for women empowerment in independent film! 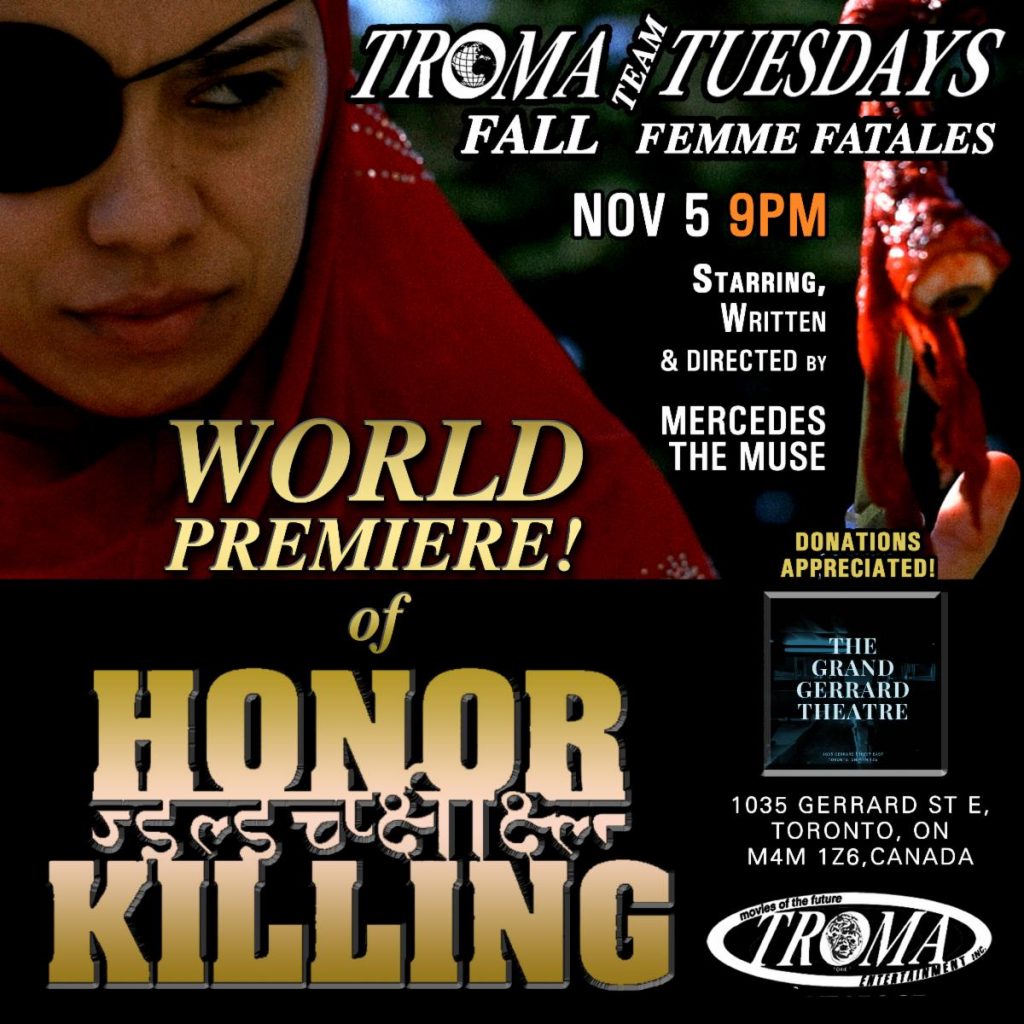