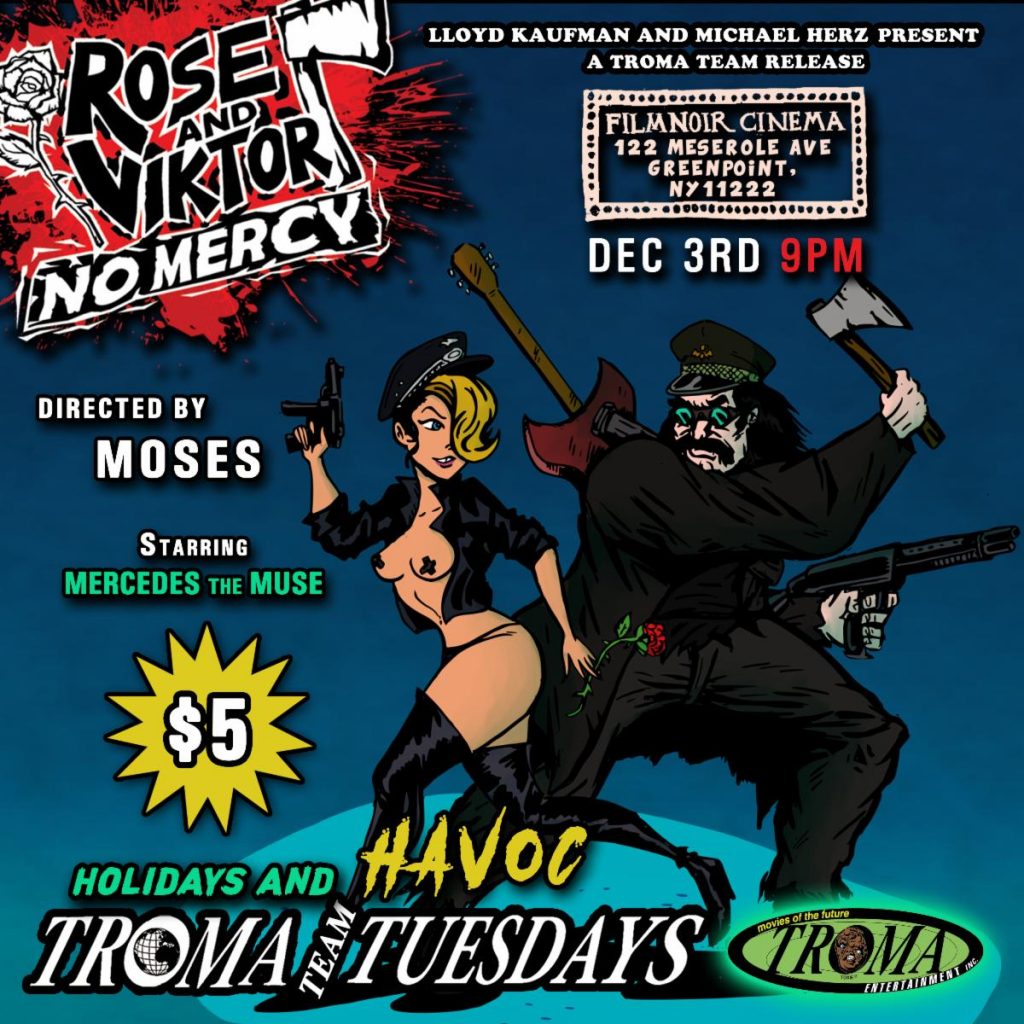 Kick-off Holidays and Havoc with rock n’ roll bounty hunters, grindhouse action and drug-fueled revenge as Troma proudly presents Rose and Viktor: No Mercy, directed by Moses and starring Mercedes the Muse (Hellfire, Honor Killing), at 9:00 PM on Dec. 3rd at Film Noir Cinema in Brooklyn and The Grand Gerrard Theatre in Toronto!

After the breakup of his band, the world’s greatest bassist becomes a drifting gun-for-hire. They call him Viktor (played by real-life bassist Jim Schumacher). As fate conspires, he crosses paths with a teenage runaway with a split personality, one part lost kitty, one part Adolph Hitler. Her name is Rose (played by fetish model Mercedes the Muse). Viktor takes her under his wing, and together they form a twisted duo of justice. The film is an anthology of short adventures, chronicling the missions of these drug-fueled bounty hunters. 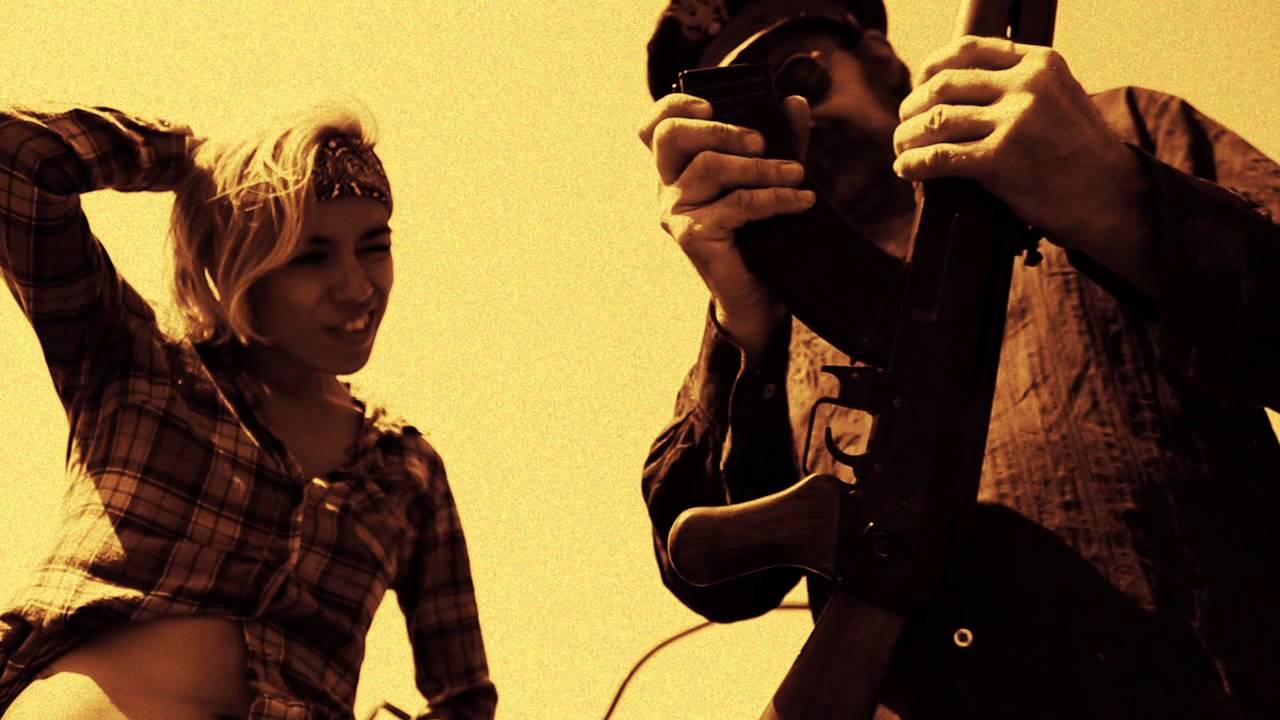 Fans can see Rose and Viktor: No Mercy on December 3rd for ONLY $5 at Film Noir Cinema in Brooklyn and for FREE at The Grand Gerrard Theatre in Toronto (donations appreciated), with both screenings commencing at 9:00 PM! Get all the sex, drugs, rock ‘n’ roll and revenge you can handle! 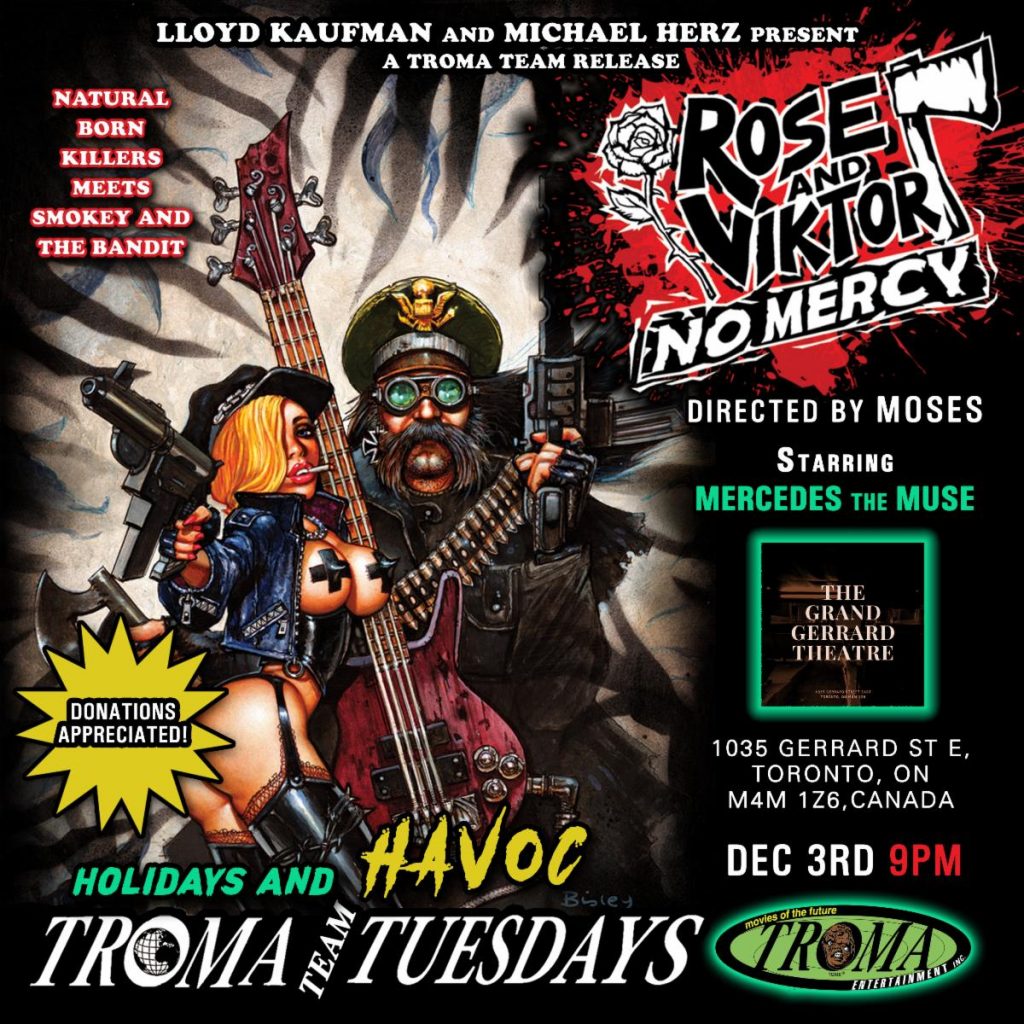