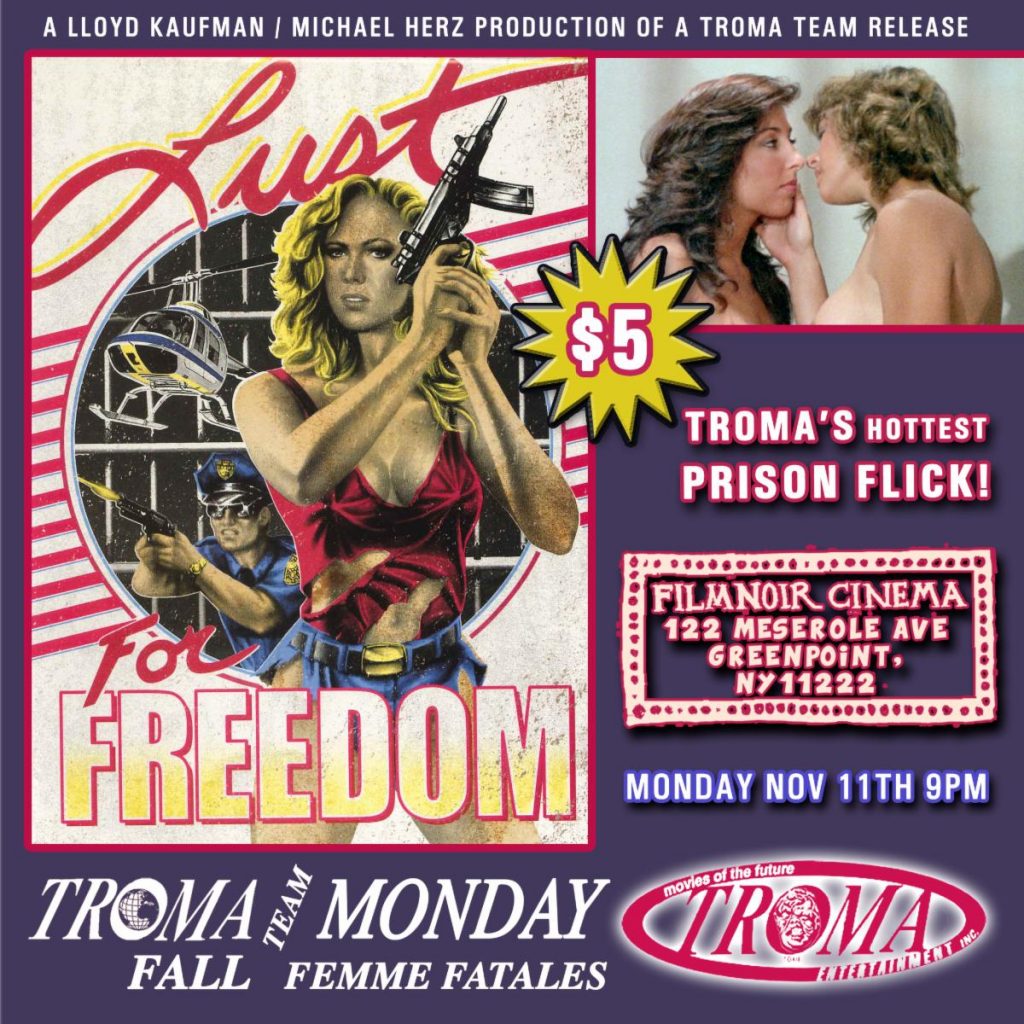 Put down the whippits and prepare to W.I.P. it as Troma Entertainment satisfies your thirst for revenge with special screenings of 1987’s women in prison thriller, Lust for Freedom, on TROMonday, November 11th at Film Noir Cinema in Brooklyn, NYC and Troma Tuesday, November 12th at The Grand Gerrard Theatre in Toronto, Canada at 9:00 PM!

Somewhere… in the middle of nowhere, there is a town so sinister, that visitors who dare cross its borders become forever lost in the swamp of corruption. Criminals, mobsters and misfits run the town, and innocent visitors become their slaves. They are thrown into a broken down, rat infested prison where they are raped, tortured, brutalized and made to perform all kinds of unspeakable and perverted acts. 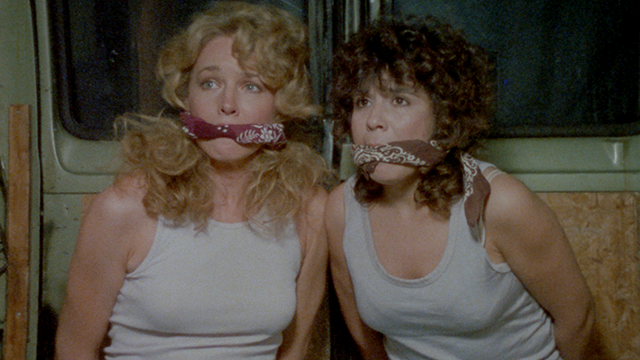 All of this changes when Gillian Kaites (Melanie Coll) comes to town. Gillian is beautiful, sexy, tough, strong, and fiercely independent. After she witnesses the violent death of her boyfriend in a police shootout, Gillian decides to get out of the city. She looks for peace and quiet, but drives into hills that harbor horror and violence. For action, adventure, excitement, thrills, and graphic gun battles that light up the screen, you must experience Lust for Freedom!

Fans can see Lust for Freedom on November 11th for ONLY $5 at Film Noir Cinema in Brooklyn and on November 12th for FREE at The Grand Gerrard Theatre in Toronto (donations appreciated), with both screenings commencing at 9:00 PM!

Troma Tuesdays is a weekly program that Troma curate in New York, but is also branching out into other countries, to create a unique universal experience to be had with independent cinema around the world every Tuesday (and occasionally Monday)! Troma will be screening weekly in Toronto, Canada in partnership with The Grand Gerrard Theatre while screening at various locations around New York.