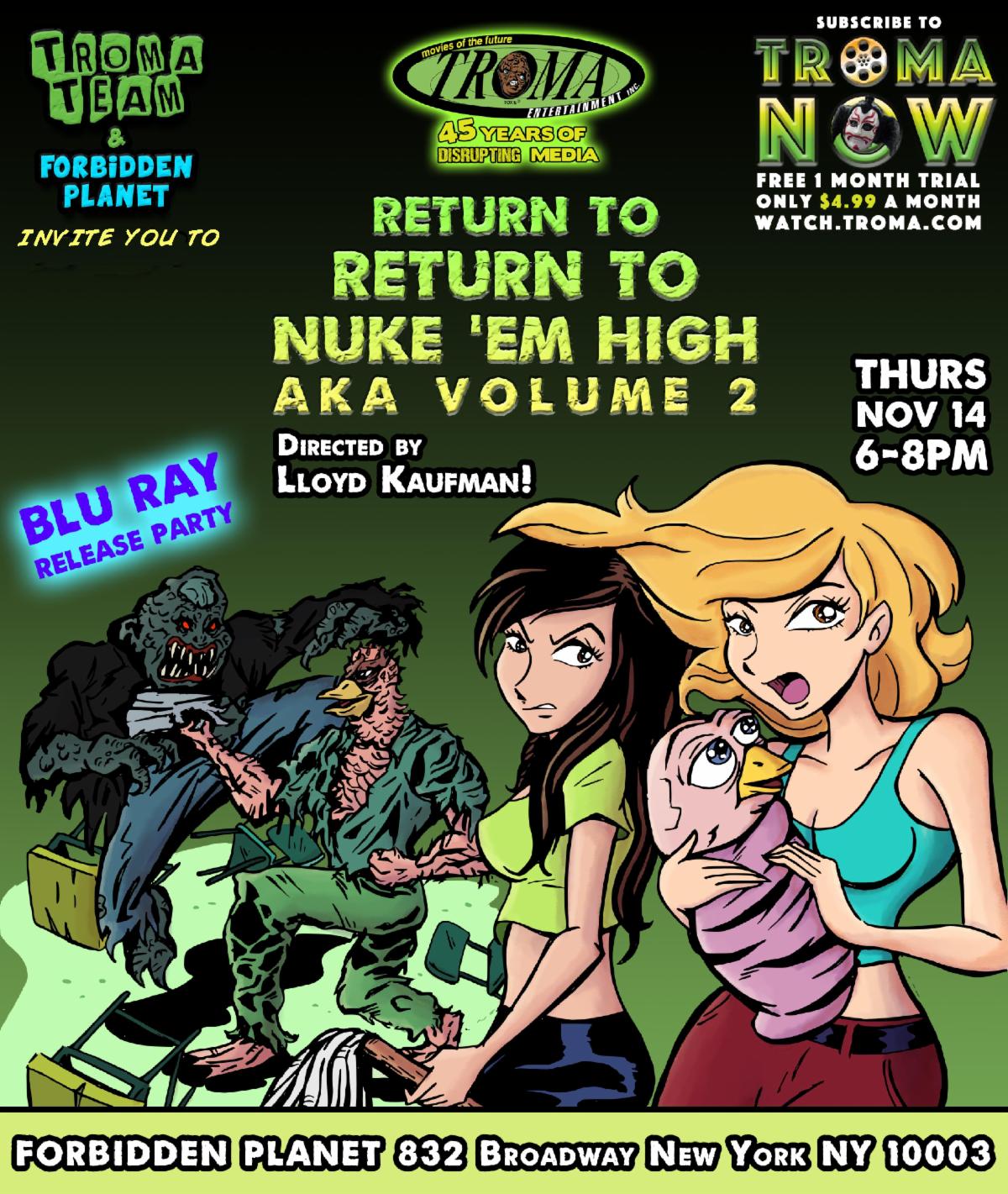 Troma Entertainment is proud to (finally!) announce the release date for the Return to Return to Nuke ‘Em High AKA Volume 2 Blu-ray as November 12th, 2019! In celebration of this momentous occasion, Troma will be holding a release party hosted at Forbidden Planet NYC, located at 832 Broadway, New York, NY 10003, on Thursday, November 14th from 6:00-8:00 PM!

Welcome back to Tromaville High School! The once tone-deaf Glee club has now turned into a vicious gang of Cretins, wreaking havoc upon Tromaville and two innocent lesbian lovers, Chrissy and Lauren. As Lauren suffers the side-effects of a Cretin forced duck rape, Chrissy follows a trail of tainted toxic taco crumbs, leading her to the crux of all Tromaville High School’s mutating mires, the evil Tromorganic Foodstuffs Conglomerate and its salacious CEO, Lee Harvey Herzkoff.

With a duck/human hybrid baby in one hand and a laser in the other, the lesbionic duo fights against Cretins, Monsters, and EVIL! Will they succeed or will Herzkauf and the Cretins reign supreme over Tromaville High School and the World!? 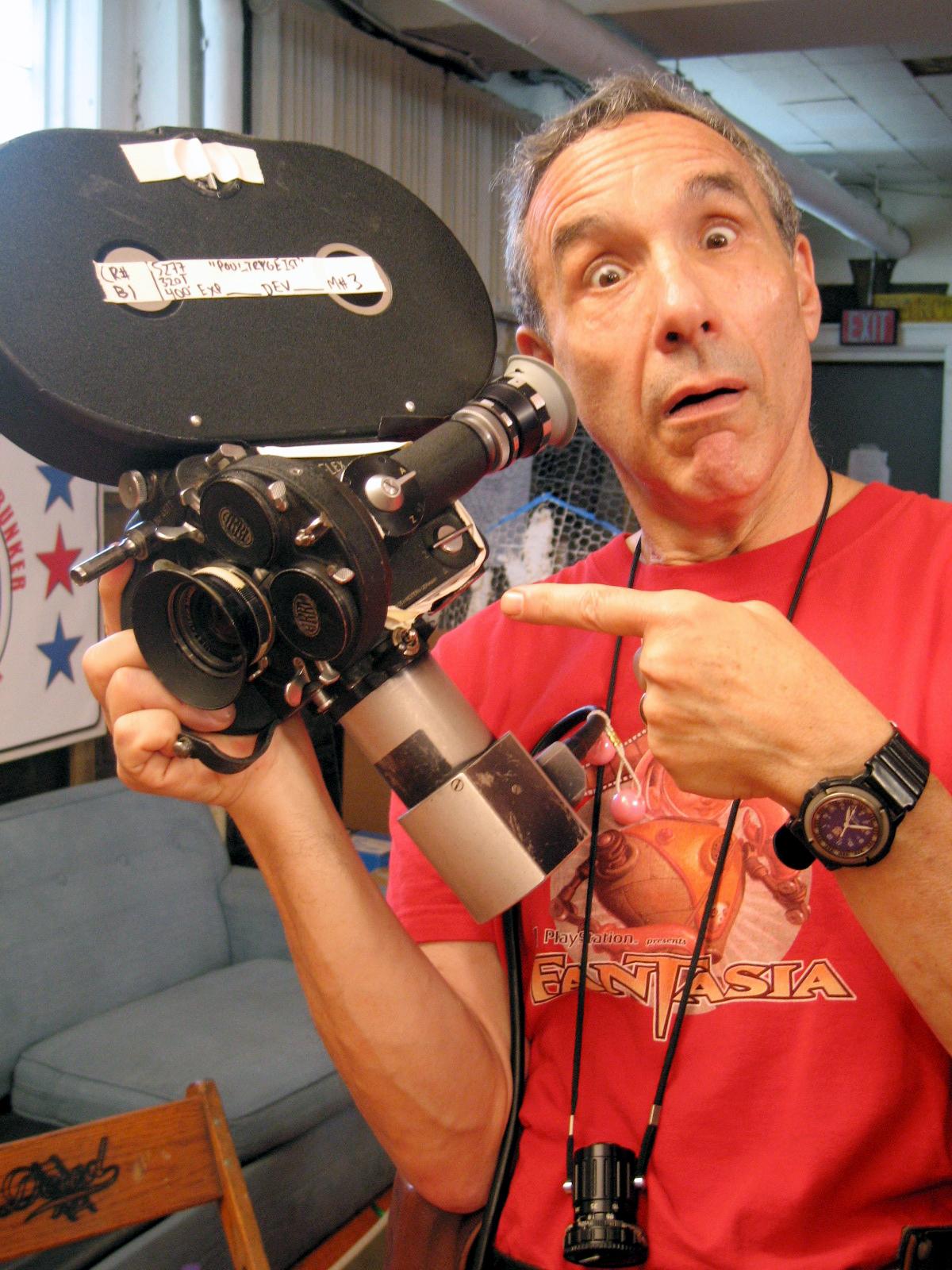 Lloyd Kaufman, president of Troma Entertainment and creator of The Toxic Avenger, will be making an in-store appearance at Forbidden Planet NYC as this is a celebration of every Troma fans’ patience and contribution in the name of ‘Reel Independence’!

Already confirmed among those joining Mr. Kaufman (Lee Harvey Herzkoff) will be Asta Paredes (Chrissy Goldberg), Clay von Carlowitz (Eugene “The Machine” McCormack) and Zac Amico (Zack) as just a few of the fanTOXIC guests that will be on hand to sign autographs and celebrate what is sure to be a TROMAzing night to remember!