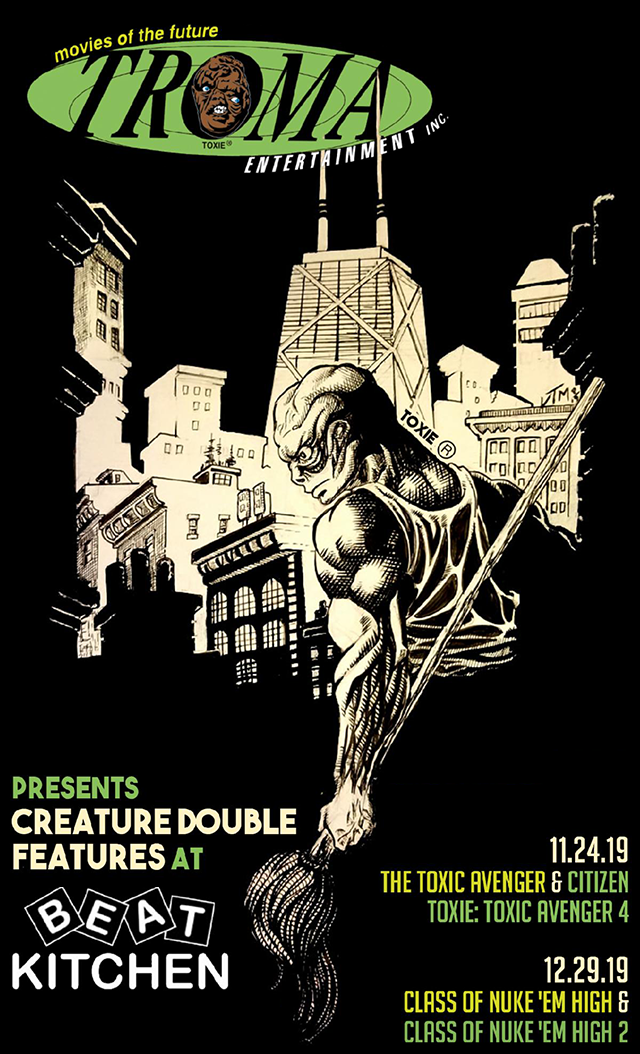 Tonight, November 24th from 6PM-10PM, Troma Entertainment is at Beat Kitchen in Chicago for a special creature double feature of the Lloyd Kaufman and Michael Herz classics, The Toxic Avenger and Citizen Toxie: The Toxic Avenger IV!

Welcome to Tromaville, New Jersey – a small American town, terrorized by criminals. The town’s corrupt mayor sits idly by, while muggers, robbers and teenage punks victimize helpless citizens. Among the residents of Tromaville is Melvin, a nerdy emaciated janitor at the local health club. That is, until he becomes the Toxic Avenger! A gang of thugs devise a cruel hoax that goes horribly wrong as Melvin is cast through a third story window into a vat of hazardous toxic waste. However, an unexpected metamorphosis takes place. As the chemicals take hold of his body, Melvin turns into the Toxic Avenger, doer of good, and brutal mauler of evil! The rest, as they say, is history! The excitement is non-stop as the hero sets out to single handedly wipe out the forces of evil that torment the people of Tromaville.

The Toxic Avenger is non-stop entertainment that will leave the viewers glowing from the fun. See the film that spawned the comic book, website, cartoon, action figures and three sequels to date! Experience the action that made Troma Entertainment a cinematic legend! Still a classic three decades later! See The Toxic Avenger! 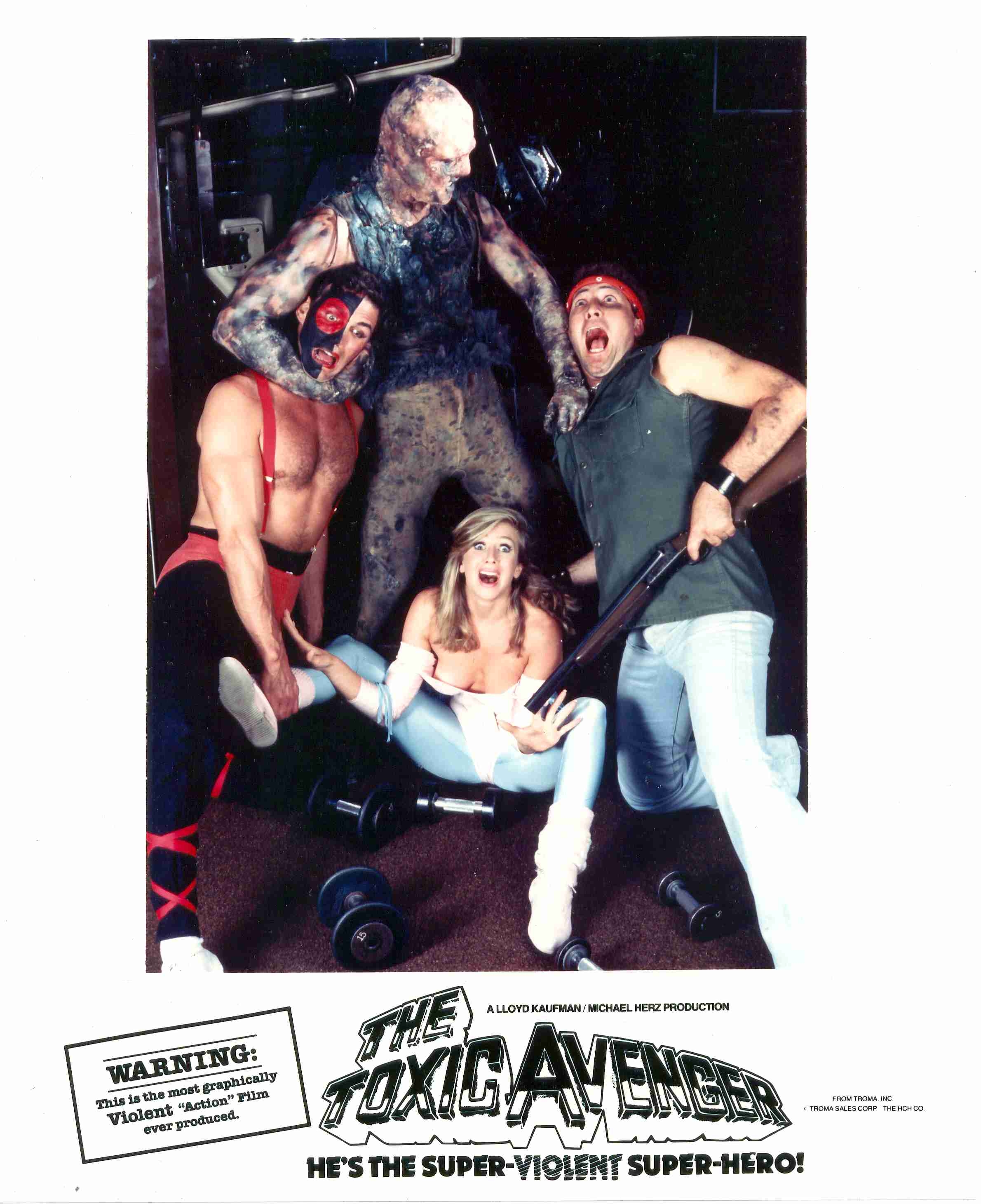 Citizen Toxie: The Toxic Avenger IV is Troma’s most ambitious and successful movie. When the notorious Diaper Mafia take hostage the ‘Tromaville School for the Very Special’, only the Toxic Avenger and his morbidly obese sidekick Lardass can save Tromaville. However, a horrific explosion creates a dimensional portal between Tromaville and its dimensional mirror image, Amortville. While the Toxic Avenger (Toxie) is trapped in Amortville, Tromaville comes under the control of Toxie’s evil doppelganger, the Noxious Offender (Noxie). Will Toxie return to Tromaville in time to stop Noxie’s rampage or is he doomed to remain a second-class citizen in Amortville forever? How did Toxie’s wife Sarah become pregnant with two babies from two different fathers? Will Tito, the Retarded Rebel, ever get over his teen angst and become a productive member of society?