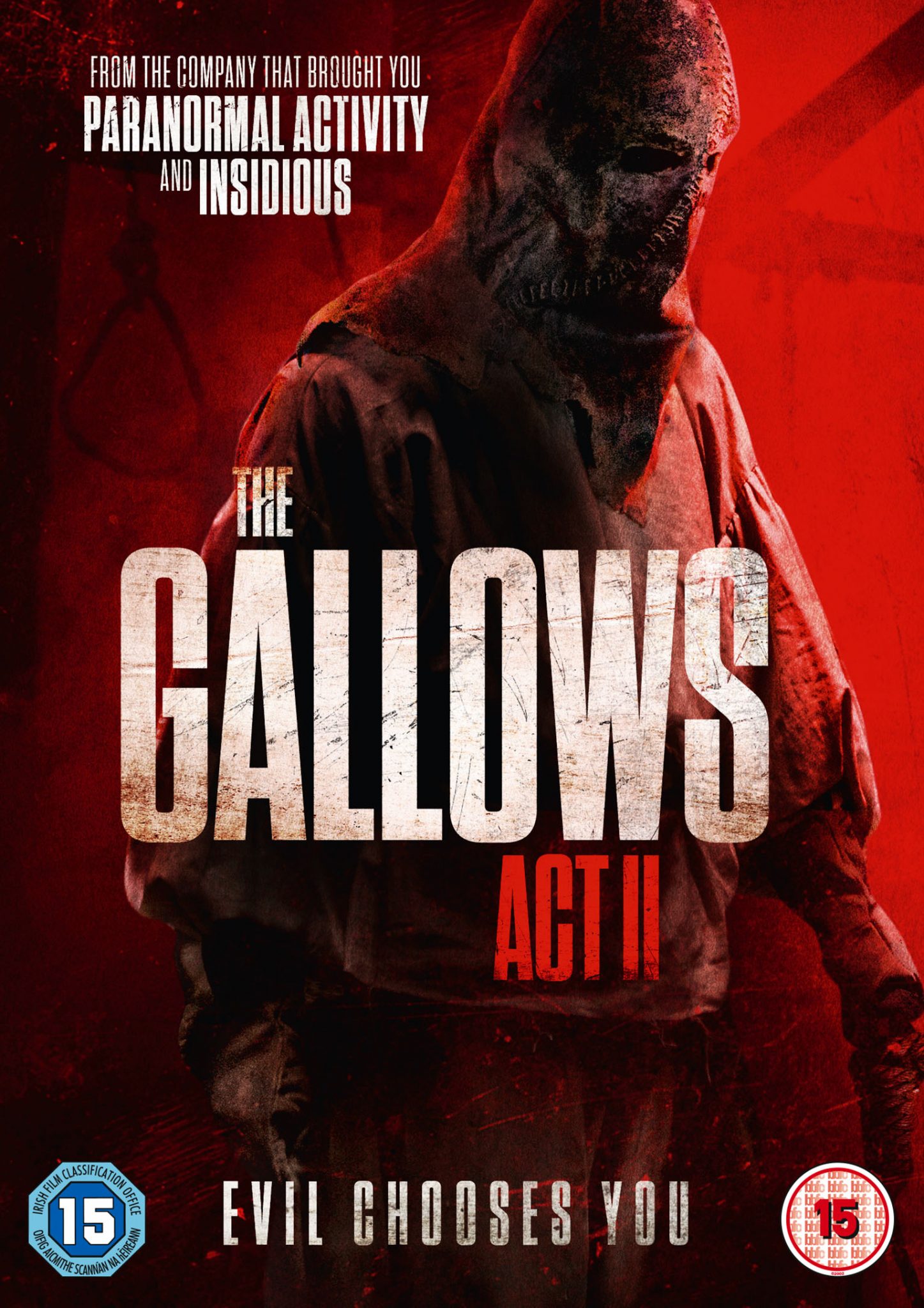 The terrifying spectre of ‘The Hangman’ returns in this nightmarish sequel to smash-hit supernatural thriller The Gallows.

When Auna Rue, a teenage vlogger and aspiring actress, logs onto a sinister website, she’s soon trapped in the malevolent world of cursed stage play, The Gallows. After performing a passage from the play for her tiny online fan base, Auna instantly achieves the stardom she seeks – as well as a twisted challenge from the deadly spirit of The Hangman himself…

Let terror grip you in this fear-inducing sequel, produced by the company that brought you the box-office phenomenon Paranormal Activity and modern horror-classic Insidious.

The Gallows Act II is written and directed by Travis Cluff and Chris Lofing, the star duo behind the terrifying original, and is available on DVD (6 January) from Lionsgate UK.