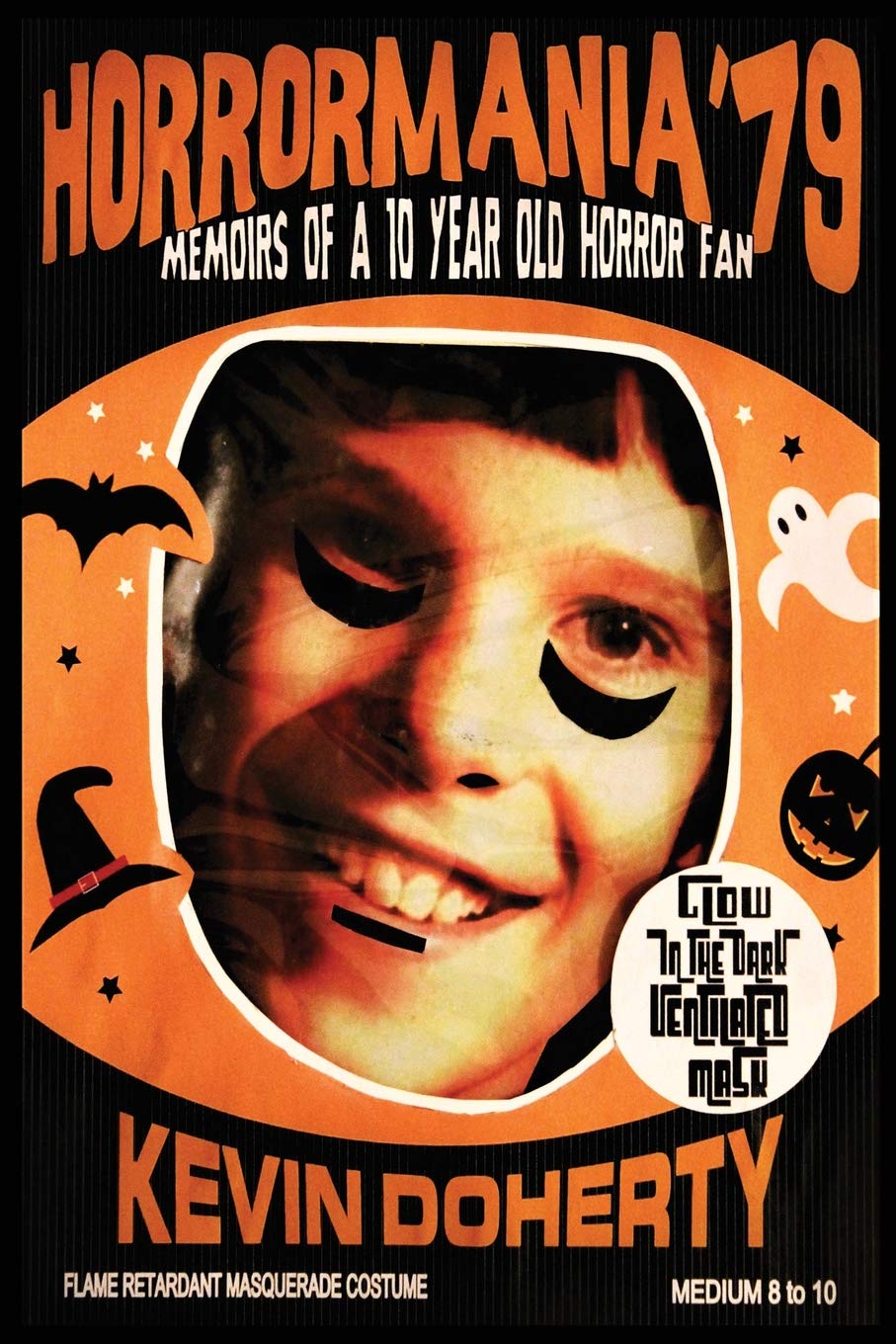 The prospect of reading and reviewing this book had appeal. I too was a ten year old horror devotee in the year 1979 and looked forward to gaining the perspective of a peer. If there’s one aspect I’ve come to understand and appreciate about the horror culture, it’s how deeply it roots in nostalgia. Horror fans are above all sentimental. Go to any horror convention, and one will observe adults purchasing toys, books, movies, and other memorabilia from their childhood. Horror aficionados, if you get them on the subject, will nearly always account with glee the horrific things they enjoyed as a kid, especially Halloween with all its ghosts, goblins, and mischief. At the tender age of ten, my horror consumption was monitored by my parents. They were hardly strict in that regard but would never take me to see the R rated, more hardcore stuff like Alien (review) or Phantasm. I have definite, yet hazy, recollections of my exposure to horror in the 1979 so I welcomed a walk down memory lane in hopes of recollecting cheerful slivers of my youth.

There is there is no way I could spin my experiences of 1979 into roughly 365 pages but somehow Kevin Doherty could. He claims he kept detailed journals as a kid and these served as the narrative of his autobiographical novel. It is admirable he kept such notes at that age but, despite the author’s best efforts, they have not translated into truly compelling reading. The book’s fatal flaw is an overload of detail that, rather than adding to the story, becomes tedious.

The book plays out like a series of vignettes from The Wonder Years, with horror as a loose backdrop. While not above getting in trouble, Kevin is a good kid. He loves his family, looks out for his little brother, and cares about his friends. The primary narrative concerns Kevin’s attempts to earn enough money so he can buy a horror make up kit and be a hit at Halloween. Inspired by the notorious rip off Johnson Smith company, Kevin begins producing cheapo horror related products to augment his allowance. Along the way he tackles life lessons, not the least of which is his own sexual awakening. Bullying, people not turning out who you expected them to be, the way friendships change, awkward relations with the opposite sex, all the standard Judy Blume fare has a turn here. The book expands a bit by probing the deeper issue of racism in a few well intentioned yet cringe inducing passages and shines when Kevin explores his relationship with his parents, especially his mother. Above all, Horrormania ‘79 is a labor of love.

Which only goes so far. The title of the book is Horrormania ’79 and this gore-hound found it light on the juicy stuff. I had no expectations of reading any true life horror in the memoirs of a ten year old and am grateful there was none. Being same age in 1979, I also assumed Kevin’s exposure to the more hard core would be limited. But I was expecting a lot more than passing references to Dawn of the Dead (review) and the Salem’s Lot mini-series.

There was precious little of the type of horror he was consuming at ten and its analysis. Getting my fix at that age wasn’t easy and came mostly from Saturday afternoon creature features, everything from the Universal monster classics to Godzilla with all its glorious sequels. Especially prized were the horror magazines I could cadge. Famous Monsters and Fangoria are brought up but not in any detail and he never mentions the Grade Z comics that clogged the bottom shelves of newsstands in that era. Perhaps they weren’t available in Canada, but the Eerie publication titles like Tales of Voodoo certainly glommed my attention as a lad and what was he reading? By ten I was familiar with Poe, getting started on King, and it would not be long before I discovered Lovecraft. Sadly, Horrormania ’79 devotes more words to the game of marbles than my beloved genre.