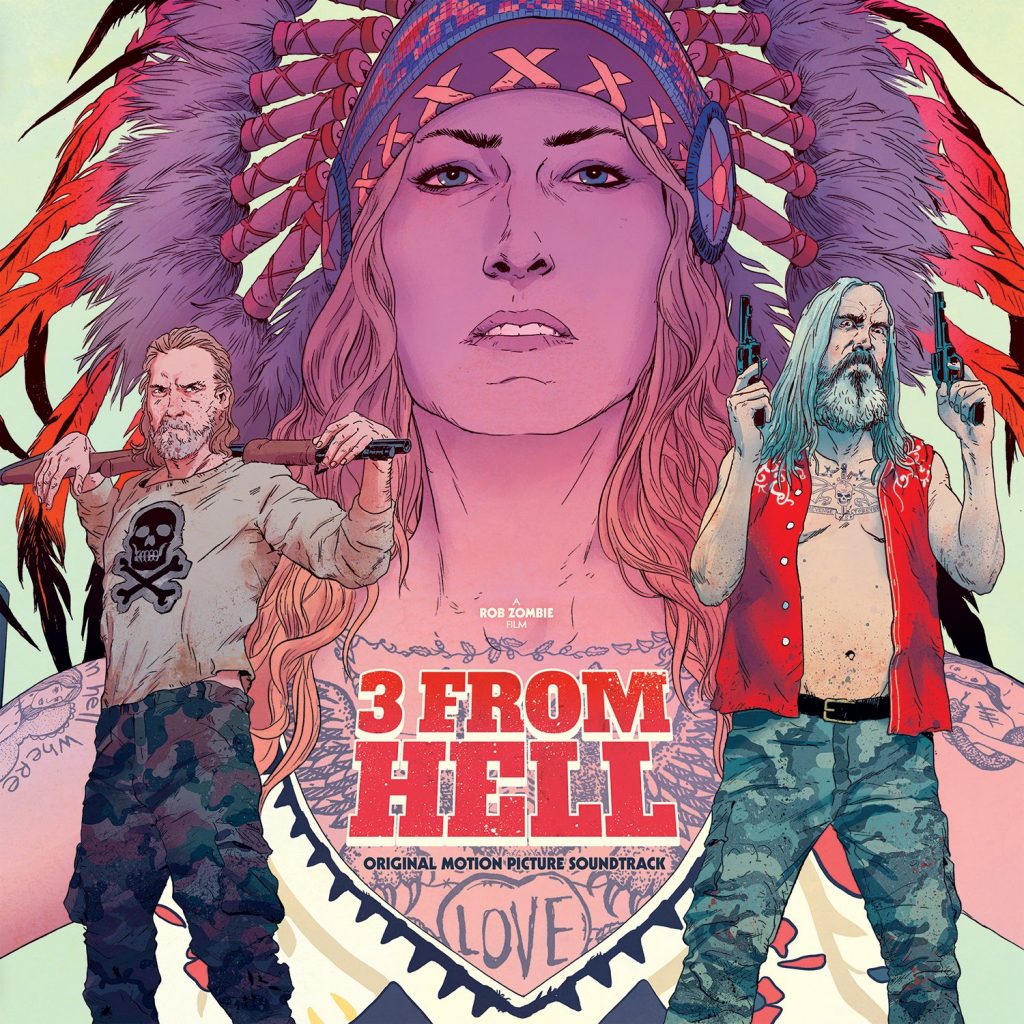 3 from Hell is an American horror film written and directed by Rob Zombie. It is the third installment of a trilogy including 2003’s House of 1000 Corpses and 2005’s The Devil’s Rejects. The plot is centered around the three main antagonists of the previous films played by Sheri Moon Zombie, Bill Moseley, and Sid Haig, and introduces a new character, Foxy, played by Richard Brake. The film marks the long awaited conclusion (maybe) to Zombie’s gory and original tale of the Firefly clan.

3 from Hell vinyl soundtrack is available from waxworkrecords.com; in stock and ready to ship!