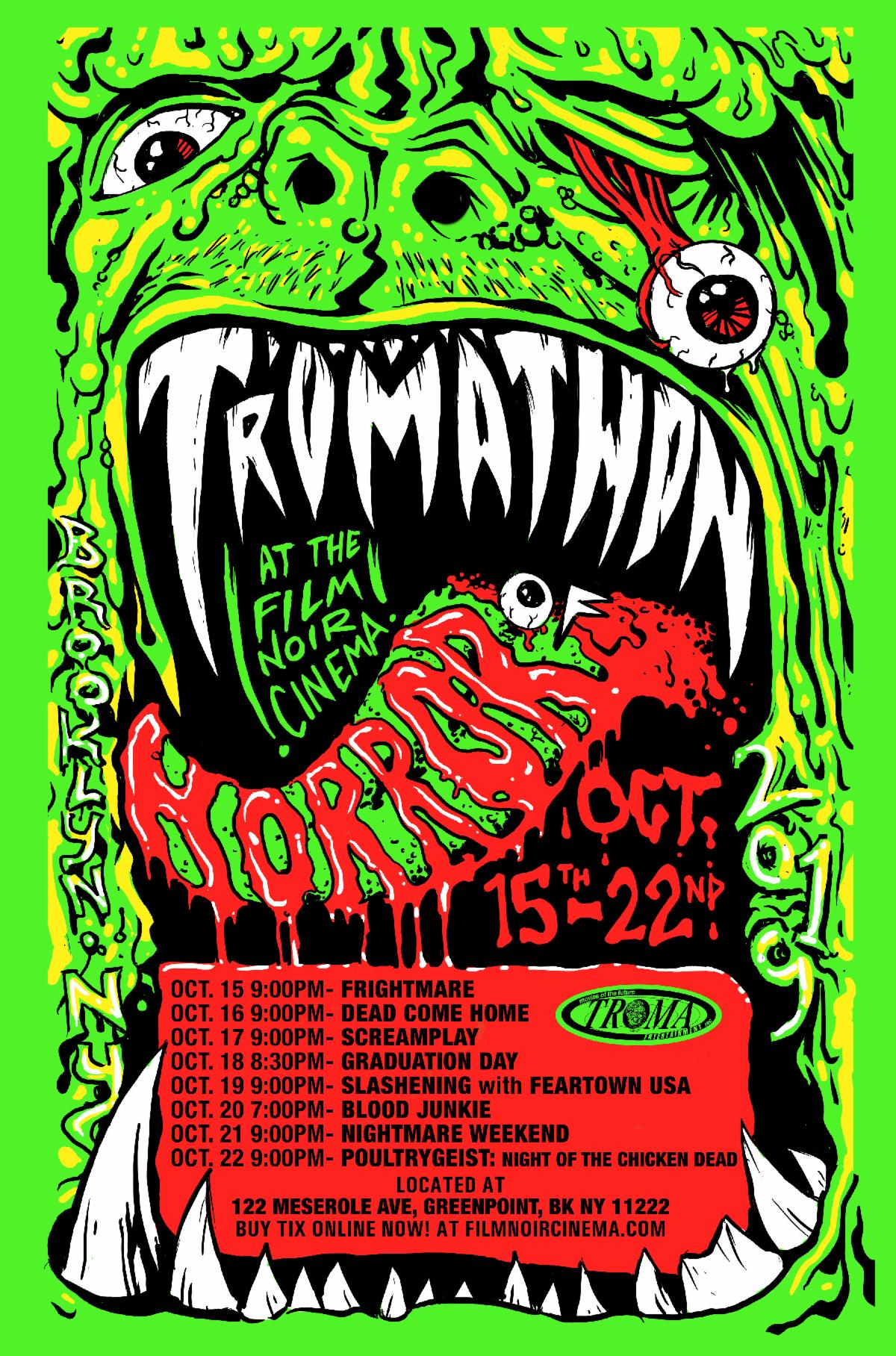 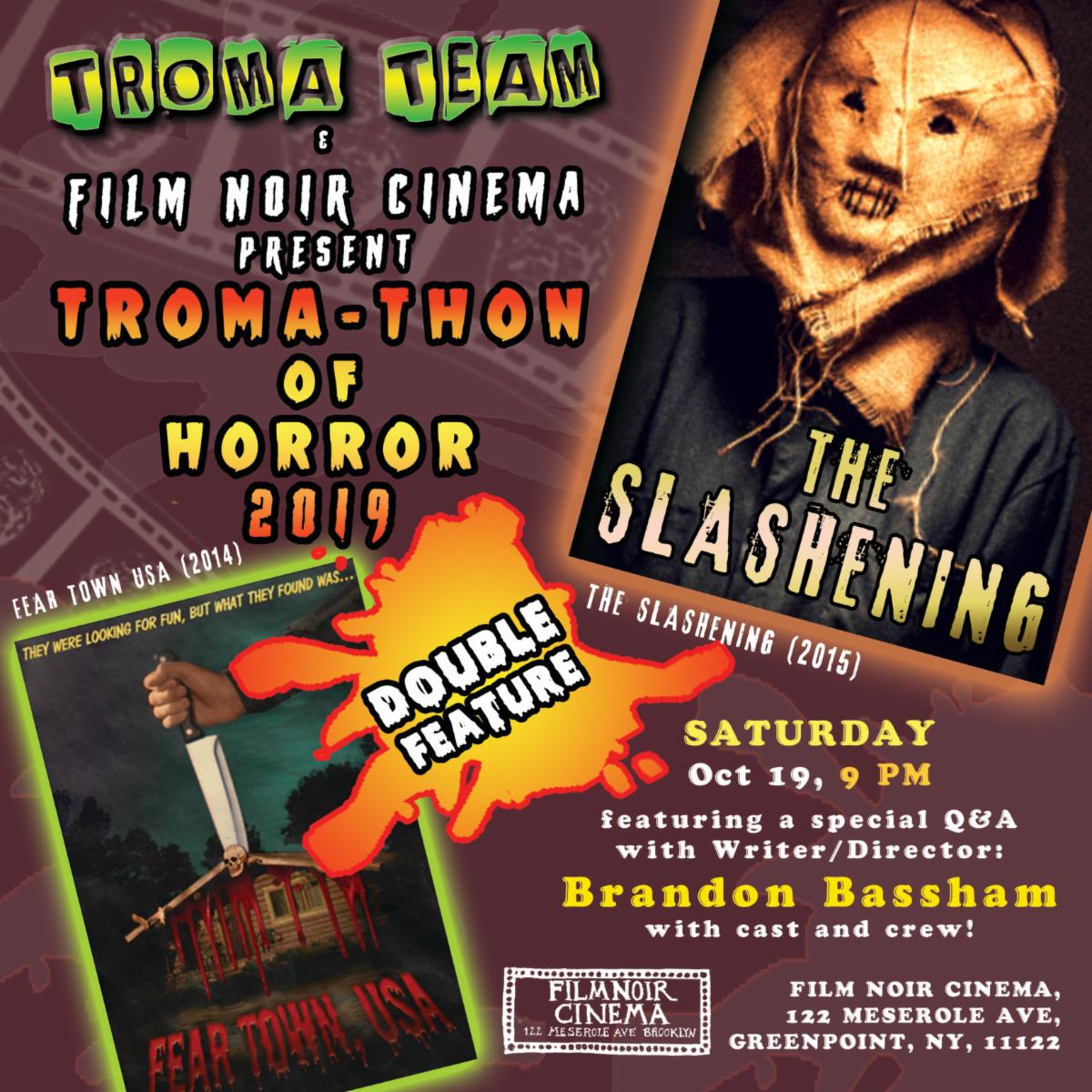 On October 19th at 9 PM, the multi-talented Brandon Bassham (writer of Troma’s upcoming Shakespeare’s Shitstorm) will be in attendance for a special Q&A on during a TROMA-tic double screening of his hit films, The Slashening and Fear Town, USA!

Full festival passes, covering all screenings for the Tromathon of Horror can be purchased here for ONLY $60! Film Noir Cinema is located at 122 Meserole Ave., Brooklyn, NY 11222.