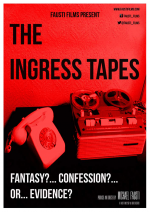 ‘There’s a few things I’d like to get off my mind before I go’ confesses the deep voice of an unseen man with a South London accent. Before us is a desk with three objects laid out on its surface; a reel to reel tape recorder, a telephone and an ashtray. In The Ingress Tapes we will hear the detailed and confessional musings of an unidentified criminal (played by the Director, Michael Fausti) but intriguingly neither they nor their interviewer (also played by, you guessed it, Fausti) are ever identified, a detail which adds to the film’s overall atmosphere of ambiguity.

After some brief and practical instructions from the interviewer (whom we will never hear from again) it would appear that the tapes are first-hand accounts of a catalogue of brutal and shocking crimes. With its violent descriptions and early reference to borstal, the film immediately brings to mind Alan Clarke’s 1979 Scum whilst also being indebted to the influences of great British Crime films such as Gangster Number One, Get Carter and The Long Good Friday. This audio diary of criminal activity shot specifically on Super 8 to convey a sense of memory and the past is told against the backdrop of a grim train commute that depicts an endlessly sprawling industrial landscape. 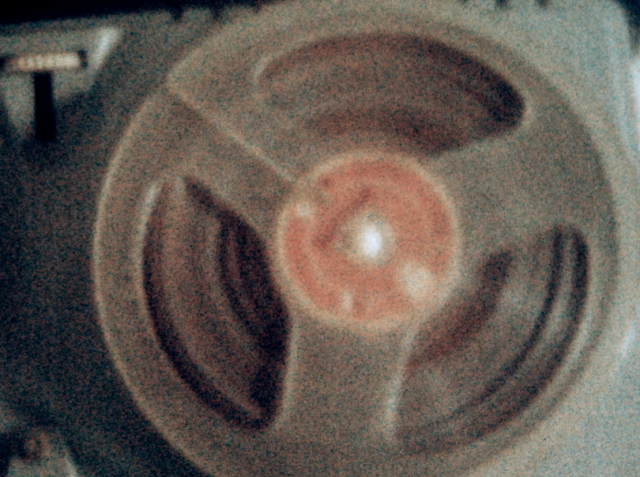 In conversation, Fausti has spoken of how we never really know who we are sitting next to on our otherwise futile excursions between the office and home and through his work here he allows us the opportunity to have our worst fears realised. Flashing before our eyes are apartment buildings, factory’s, rooftops, warehouses and mud ridden waterways; in the absence of any physical presence on screen, the backdrop becomes a character in itself. Through a hazy wash of greys, steely blues and murky browns, the colour palette conveys a place that is absent of opportunity and devoid of freedom. At one point, as we view a myriad of windows belonging to a multi storey building, the voice confides that upon surveying a stretch of houses he once thought of how he could kill all those who reside within.

The string of offences are disclosed with a consistent matter of fact-ness that is delivered through an entirely believable central performance which all works towards creating a surreal blend of horror and truthfulness. On multiple occasions, the subject reflects over the routine nature of his activities and the retellings of his encounters with other men (or rather, their encounters with him) are often juxtaposed with nonsensical statements such as: ‘the sky wouldn’t fall in’ and an acknowledment that it is: ‘common’ to: ‘go home and just get up the next day’ after committing murder. Disturbingly, the confessor becomes most animated whilst recalling a time when he used a diving knife on one of his unsuspecting victims. As he mourns the loss of his weapon, he openly declares: ‘I wonder where that knife is now? I fucking loved that knife!’ He is oblivious to the notion that such a display shows he clearly holds a deeper affection for objects over people. 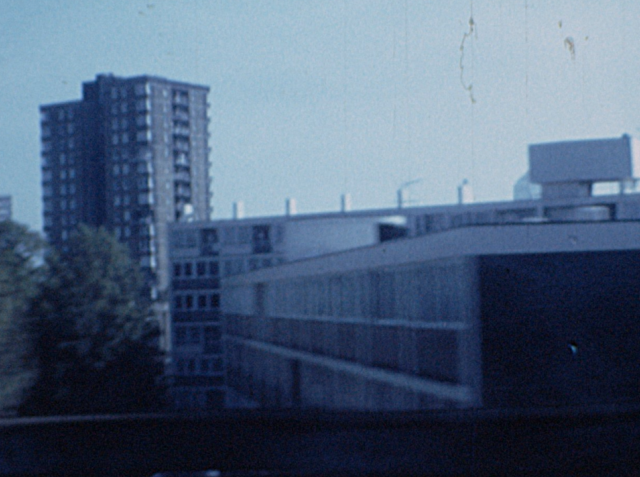 As we listen to the particulars of each incident, (some of which are based on actual source material Fausti accessed from the 60s and 70s) we also come to learn that there is no moral or ethical perimeter that once overstepped results in violent consequences. Instead, assault and disorder are given free rein and operate inside a lawless system where people are stabbed, shot and cut up even when (by his own admission), the perceived wrong-doing will: ‘all come to nothing’. Laughing casually at the injury and harm inflicted on others; he trivialises acts of sheer inhumanity by claiming they are simply: ‘bad luck’ whilst joking about how people might respond to his behaviour. Perhaps most chilling of all is the sense of justice being dispensed and overseen not by official authorities but by the hierarchy of small-time gangsters. This is illustrated by an unfeeling recollection of a mock court hearing (over which the confessor fittingly presides at Judge) where we are told that one of his victims is shot twice at close range with a revolver.

As the film draws to a close, we are given a brief glimpse into the private affairs of the ever-anonymous character. However, even monumental life events are not enough to stir conviction in his voice which remains as monotone when describing his wife leaving, making him feel: ‘a bit depressed’ as it does when recounting how he cuts up bodies and burns them. With no music or score to accompany the imagery, the stream of consciousness delivered by Fausti acts as both soundtrack and dialogue. Alongside this is a switching to and from select moments in the recording, adding to a building impression that he could outtalk the duration of the tape without difficulty. 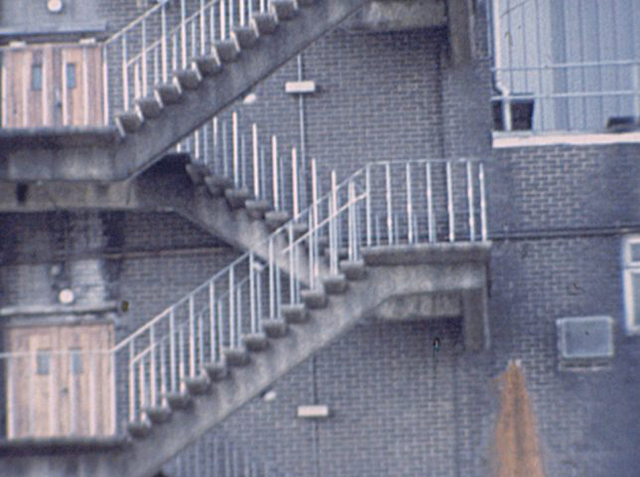 The Ingress Tapes is not a film of half measures in that it will either make you laugh out loud (in humour it reminded me of 2003’s The Last Horror Movie, a little known particular favourite of mine) or stun you into silence as it rides the tide of black comedy with precariousness. However, rather than alienating audiences this enhances the overall experience and renders it deserving of multiple re-watches. Although the answers to the mysteries of the tapes are never revealed, this doesn’t detract from the success of the narrative and it manages to sustain the enigma set out in its tagline: ‘Fantasy, confession or evidence?’ What makes this such an enthralling eight minutes is the number of unanswered questions it provokes; Who is the subject? Where is this taking place? What is the purpose of the recording? Are we listening to the imagined, self-serving fantasy inspired by notorious criminals such as The Kray Twins or could it be possible that The Ingress Tapes are more fact than fiction?