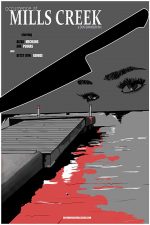 When writing reviews I always make a decision of if I want to reveal plot points or spoilers. This isn’t in any way to ruin the experience of the film for people who haven’t seen it, but I like to write as if you, the reader, and me are having a cup of coffee and chatting about a film we’ve just watched together. I find it a lot more engaging and intimate. So I apologise if during my reviews there’s a lot of spoilers, but that’s my process.

This won’t be the case with the short film Occurrence at Mills Creek because I’d found it very difficult to fathom anything interesting? That doesn’t mean the film hasn’t a plot, it does. It’s just that it’s so been done a thousand times my mind unfortunately switched off a few times whilst watching. Now, this seems extremely harsh towards an independent short film that obviously hasn’t had the biggest of budgets, so I apologise if this review seems like a personal attack because it certainly isn’t. I thoroughly commend anyone who’s creative and puts their heart and soul into a passion project. I’ve said many times previously it’s just my opinion, but this is exactly what this film seems to be – a passion project. The filmmaker has an idea that obviously works in his head, but the translation to film seems quite frankly way off. 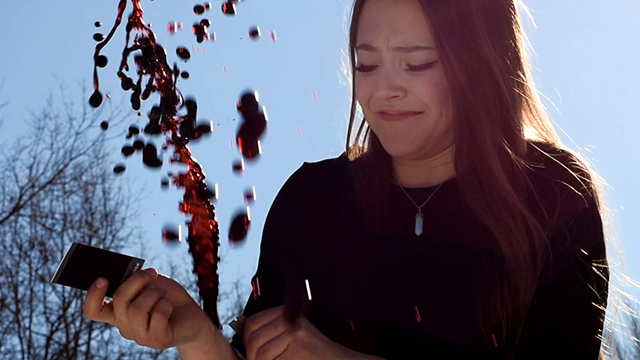 I won’t go into too much detail regarding plot, but the story is basically about family tragedy and the effects it has on family members afterwards. Here it revolves around the character of Cassandra (Alexa Mechling) and her battles with guilt, loss and the supernatural. The director has tried to create a sort of old-fashioned ghost story and is clearly influenced by a host of horror tropes that crop up in other numerous horror ghost story movies. The difficulty ultimately with the film is its choppy editing and unfortunate performances. Both hinder the linear flow of its narrative, making things slightly confusing and coming across a sort of test-reel or trailer. When there’s a hint of anything dramatic or horrific it simply comes off as quite lame. The entire film looks a little dated, like it could have aired on the Hallmark Channel in the 90s.

The positive of the movie is essentially its cinematography. It’s setting and lighting are quite stunning and the filmmakers, if only ever so briefly, capture moments of beauty and promise.

Overall Occurrence at Mills Creek is neither scary, unsettling or engaging and unfortunately, other than a few moments of nice exteriors, slightly pointless.