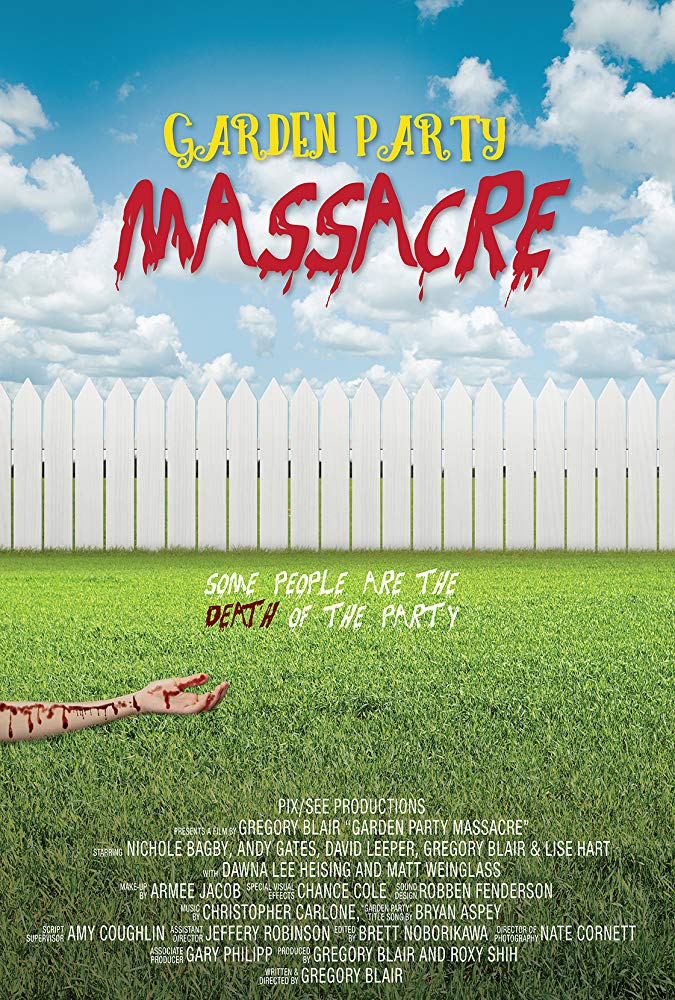 Just in time for Halloween, Gregory Blair’s award-winning screwball comedy meets slasher spoof Garden Party Massacre is now available to stream exclusively on Amazon Prime. The film has won handfuls of awards on the festival circuit, including ‘Best Feature Film’, ‘Outstanding Horror/Comedy Feature’, ‘Best Director of the Year’, and nine acting awards for the cast. Currently available only on DVD and Blu-ray, the Amazon Prime debut will be the premiere chance to see the film on VOD.

Beloved by audiences and critics alike, Garden Party Massacre is Blair’s follow-up to his much-lauded Deadly Revisions. His latest is a fast-paced, wacky spoof in the vein of Shaun of the Dead and Tucker and Dale vs Evil. The fun begins when a friendly backyard gathering goes hilariously awry as an unexpected guest arrives…with a pickaxe…and an attitude…

“We’re excited to finally open the door and widen the audience through VOD. Streaming has become the preferred home-viewing option and Amazon Prime is one of the leading platforms, so we thought that was a great place to start. But collectors will still want to get the DVD or Bluray, because we all know that physical media is the only way to guarantee you can watch the movie when you want, since streaming catalogues change all the time.” – Gregory Blair, director of Garden Party Massacre 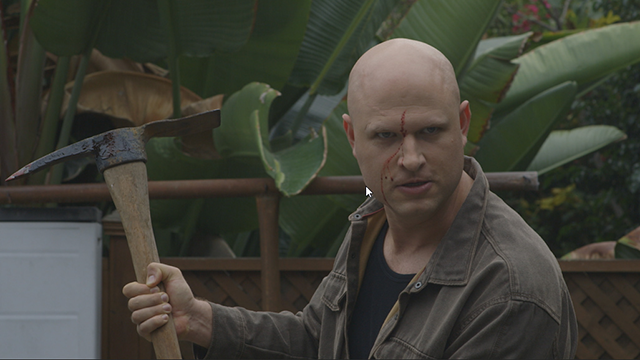 Garden Party Massacre is a Pix/See Productions film. It was released on DVD and Bluray through SGL Entertainment who will also be helming the VOD release. The film will be released on other VOD platforms closer to Christmas. Finally, the film stars Andy Gates (Grimm), Nichole Bagby (On the Rocks), Lise Hart (Deadly Revisions), Gregory Blair (Love That Girl), Dawna Lee Heising (Samurai Cop 2: Deadly Vengeance), Matt Weinglass (Crash: The Animated Series) and David Leeper (Drop-Off).