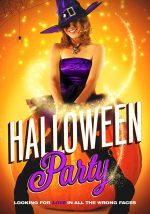 Traditionally, Halloween is the time of year for scares. The perfect holiday to run through your top 10 horror films of all time, visit any of the local “haunted attractions”, or listen to “Monster Mash” without any shame. But what of those unfortunate souls that can’t stomach the gore, spooks and Bobby Pickett? Surely, there must be something out there to “get them in the mood”, so to speak. Well, Halloween Party might just be the perfect film to get even the most squeamish in the holiday spirit.

To begin, we are introduced to Ben (Chris Pentzell) and Julie (Christine Blackburn), a couple about to throw a Halloween party. Ben decides it would be a good idea to set up cameras all over the apartment to document all the shenanigans that were likely to ensue. Ben and Julie’s single friend, Erin (Elle Newlands), arrives to the party without a date and debates whether or not she wants to go inside when she meets a charming stranger (Frank Gangarossa) in an apparent “homeless man” costume. Upon seeing her ex-boyfriend at the party, she invites the stranger into the party… 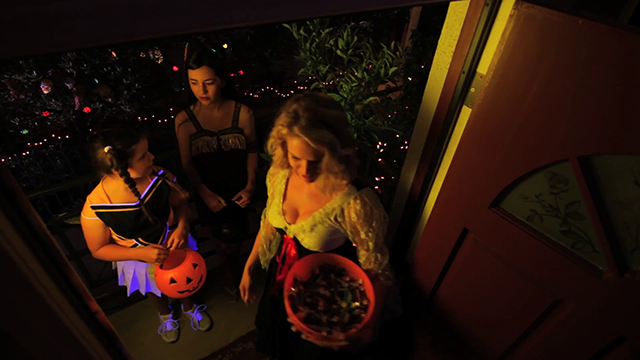 While this may seem like the set up to a potentially cool horror movie, Halloween Party is not that sort of film. It’s filled with diverse characters, lots of laughs, and some sentimental moments as well. Changing the perspective between different cameras and rooms provides a look into many events happening at the same time. This style provides the viewer with a feeling like they are particpating in the revelry, moving from room to room and watching the people at play. For the authentic feel, bring a few beers and you can get drunk along with the party-goers. 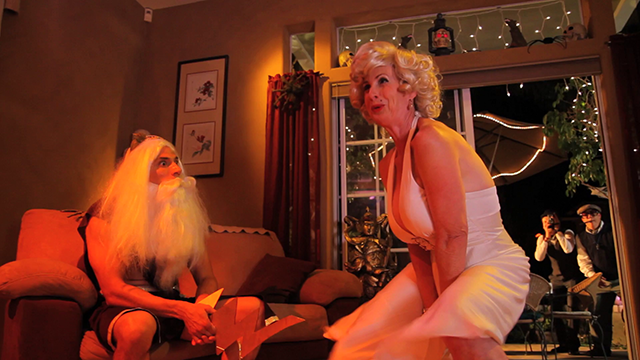 Without some solid music, a party would be a rather bland affair. The soundtrack for Halloween Party does not disappoint. In October 2012, Halloween Party won Best Soundtrack at the Loughlin International Film Festival, soooo…it’s pretty good!

Maybe zombies, demons, and murderous assholes in hockey masks might not do it for you, but that doesn’t mean you can’t enjoy Halloween. This film is aimed at those that enjoy the holiday, but don’t want the scares, and it hits the mark.