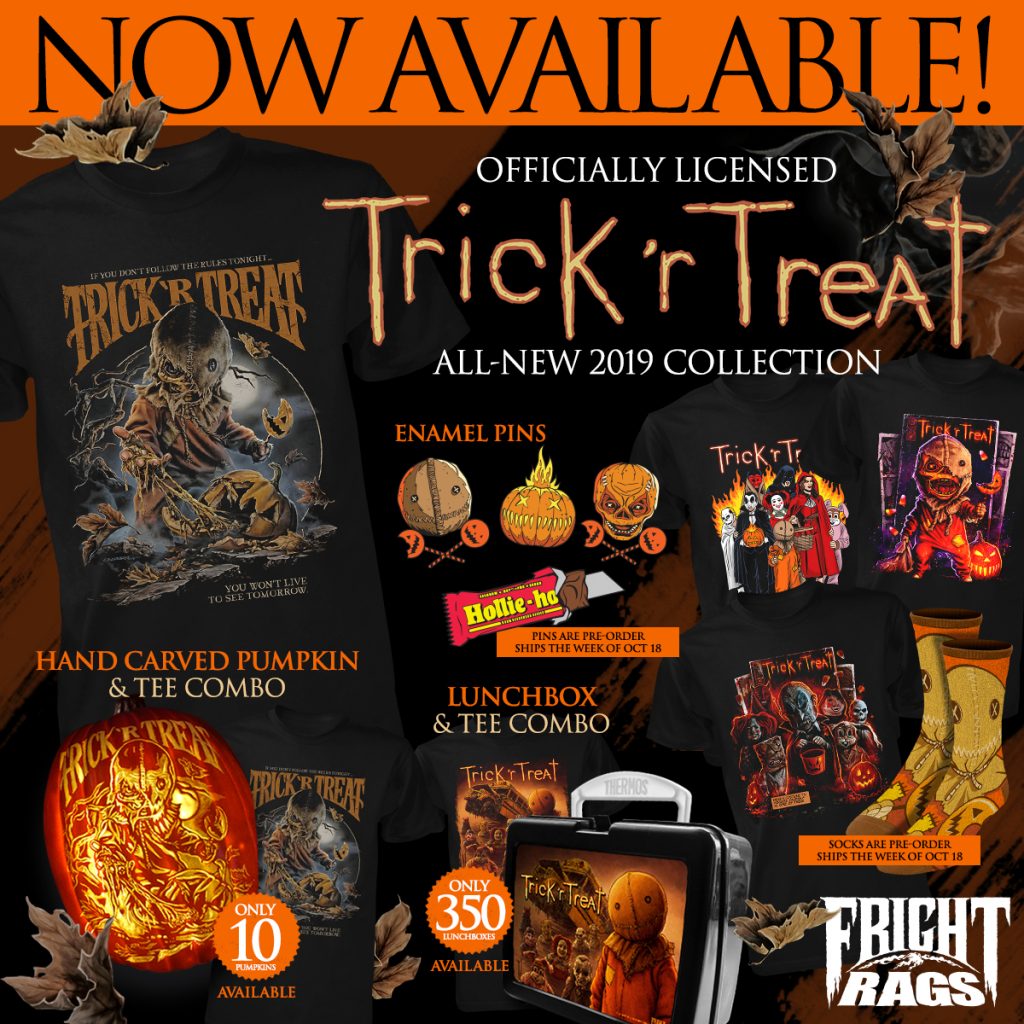 Fright-Rags kicks off the spooky season in a big way. Gear up for the season with new merchandise from Trick ‘r Treat, The Crow, and the Halloween franchise, along with Bela Lugosi-inspired coffee for creatures of the night and day.

Fright-Rags has teamed with Dead Sled Coffee (co-founded by Acey Slade of The Misfits, Joan Jett & the Blackhearts, and Murderdolls) to release Bela’s Brew coffee. Inspired by Dracula actor Bela Lugosi, the Colombian coffee is a medium roast that tastes nutty with a subtle hint of spice. 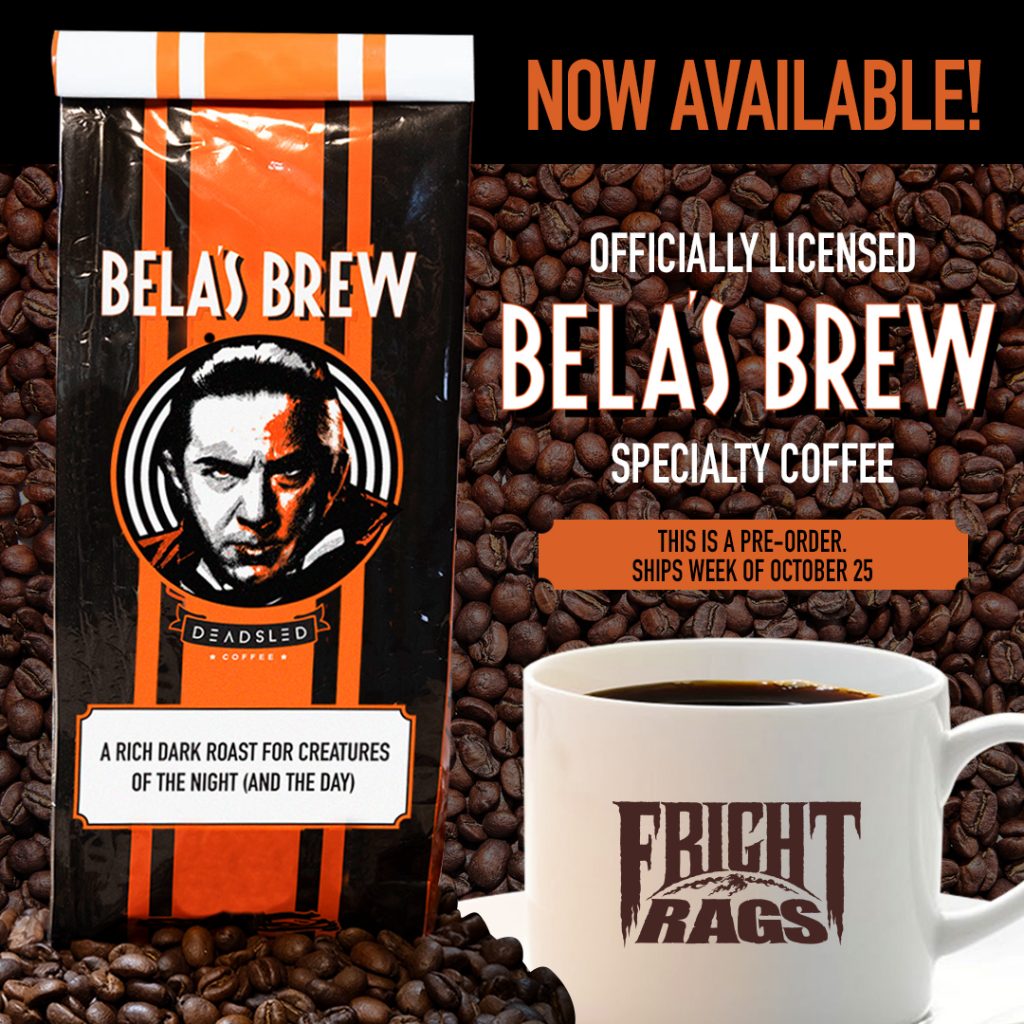 Fright-Rags also has new apparel from the Halloween franchise. Celebrate Halloween 5: The Revenge of Michael Myers’ 30th anniversary with two designs – a piece of new artwork and the original poster design – on t-shirts, baseball tees, and zip-up hoodies. Jimmy’s Haddonfield Memorial Hospital uniform from Halloween II has been turned into a zip-up hoodie as well.

Buildings burn, people die, but Fright-Rags’ The Crow collection is forever. It can’t rain all the time with three new designs from the 1994 cult classic, including a long-sleeve shirt with printed sleeves.

Trick ‘r Treat, The Crow, Halloween, and Bela Lugosi collections are on sale now at Fright-Rags.com 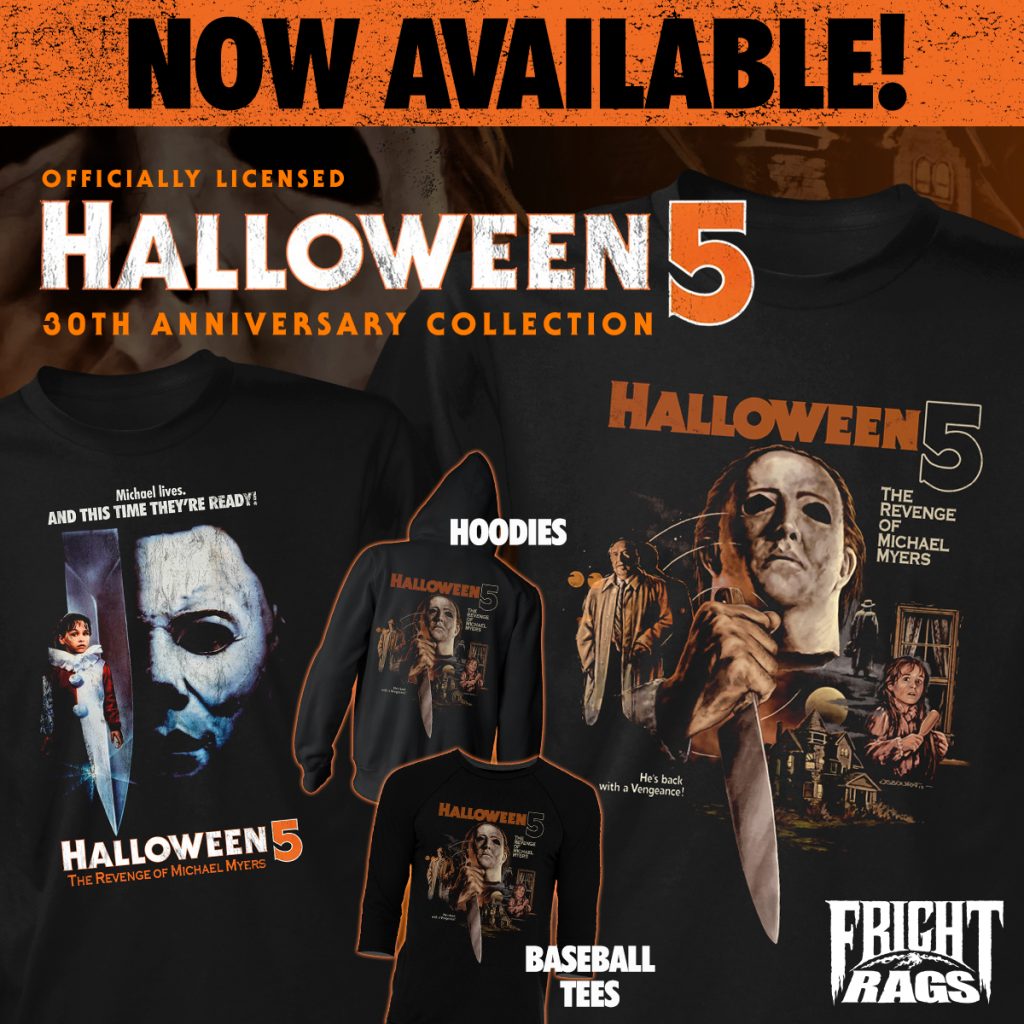 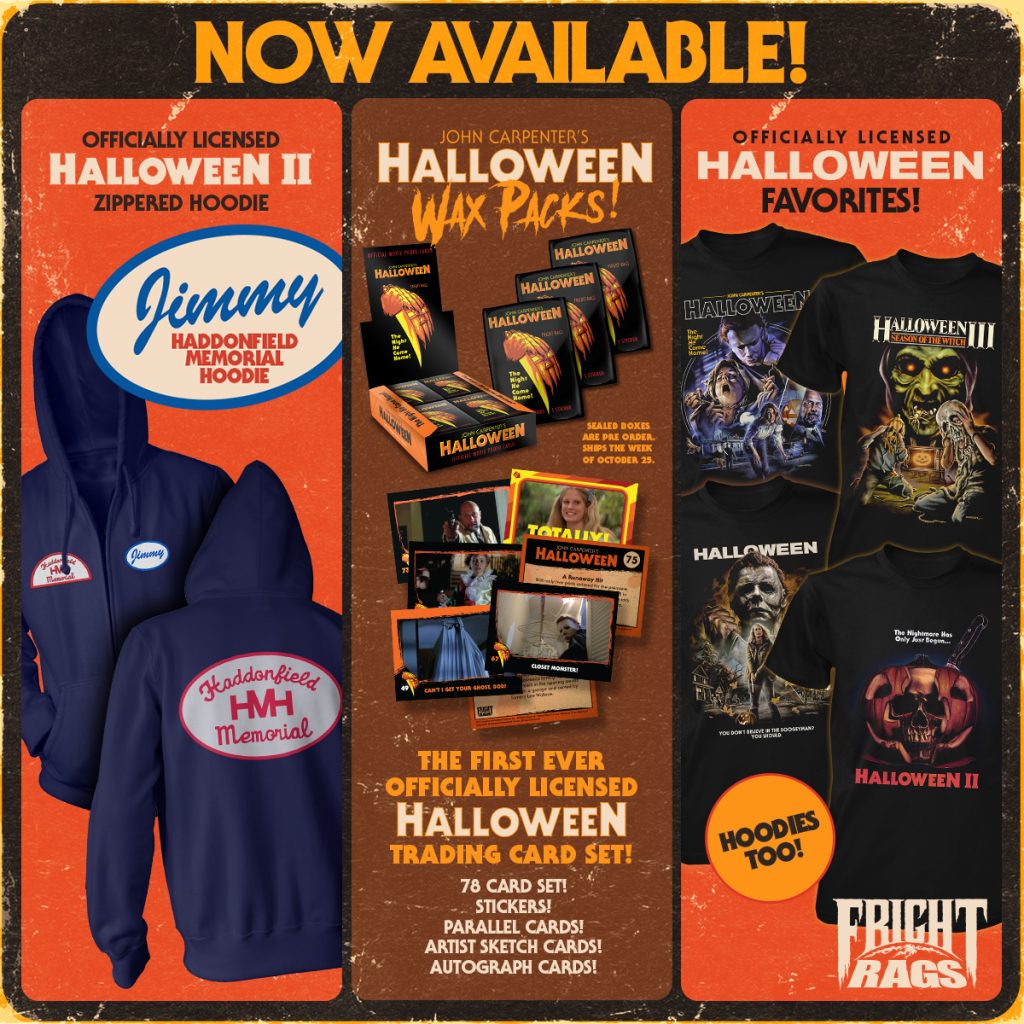 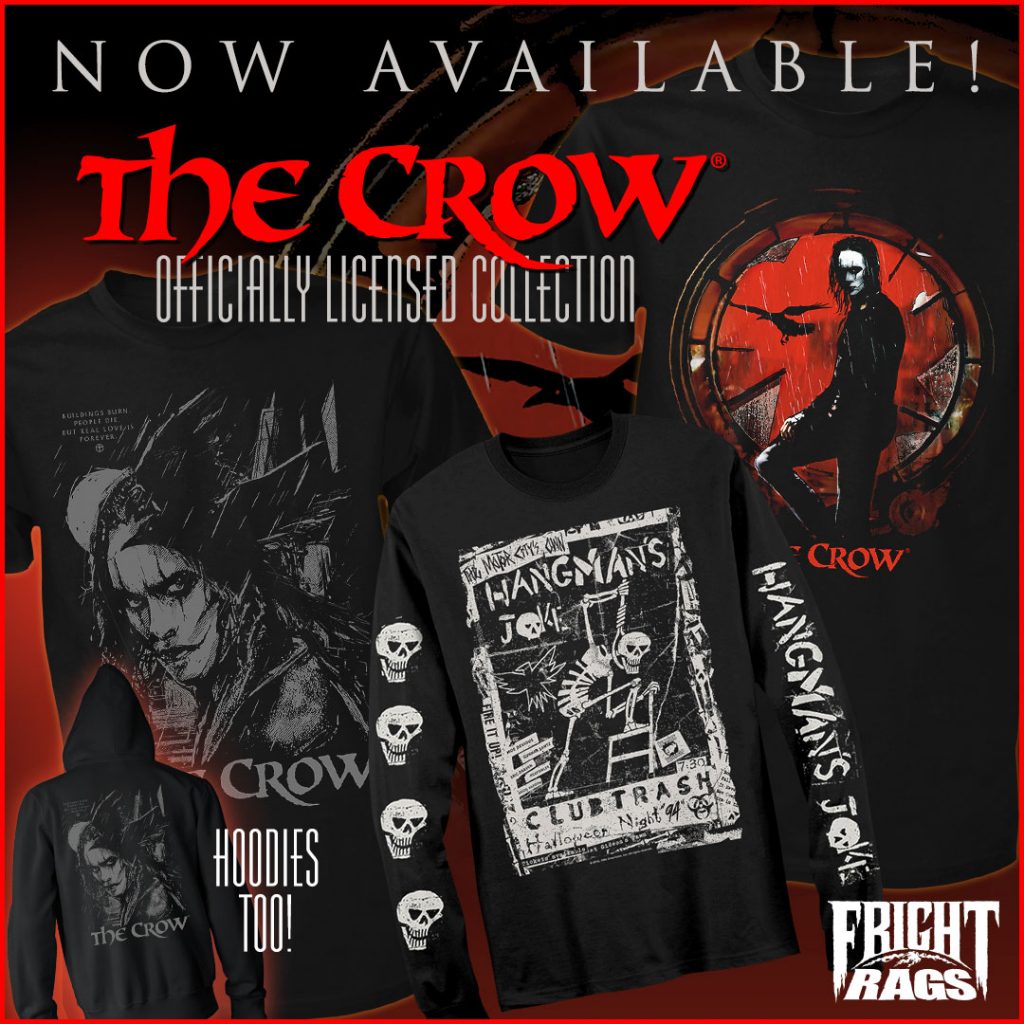