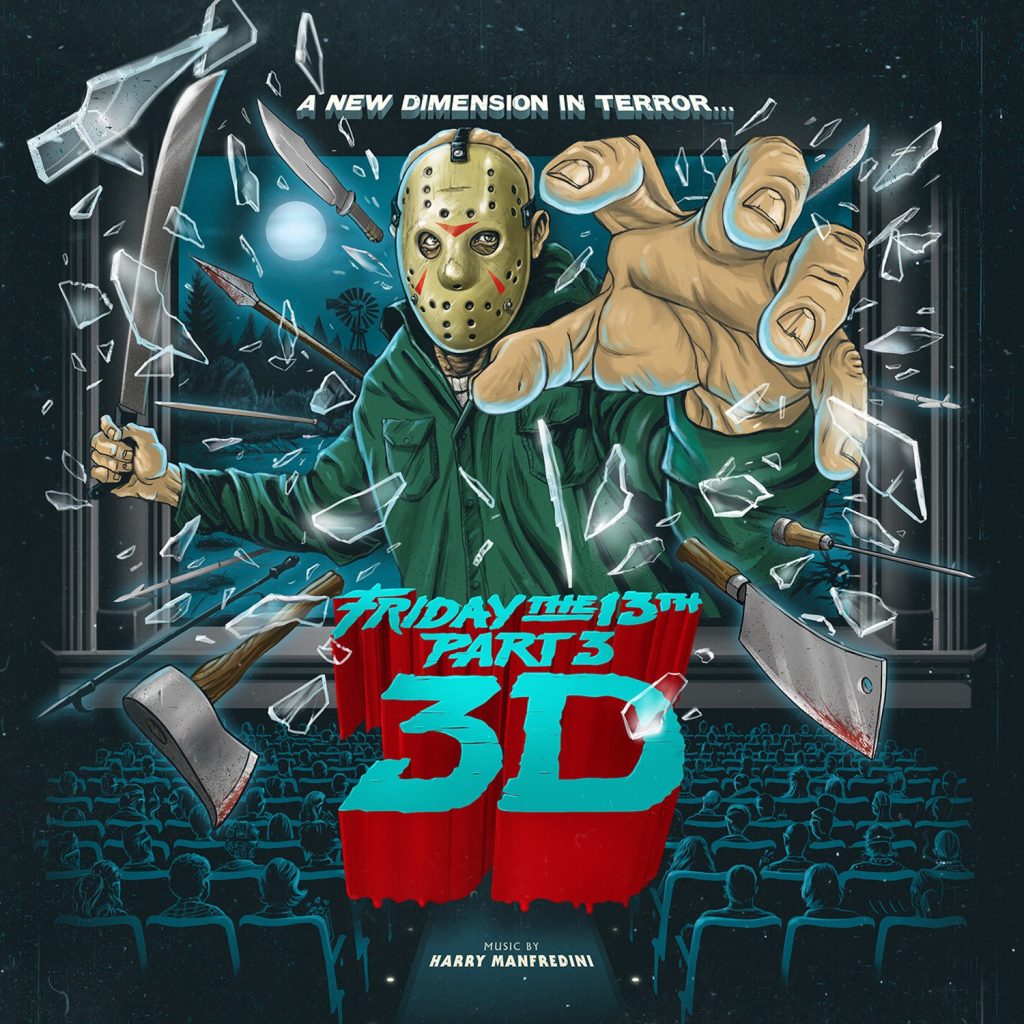 Waxwork Records is proud to announce the next entry into their collection of Friday the 13th soundtrack releases on vinyl, Friday the 13th Part 3. Waxwork and composer Harry Manfredini re-visited the original analog tapes in an effort to faithfully master the complete soundtrack for vinyl. Friday the 13th Part 3 includes every musical cue featured in the film and encompasses 2xLP 180 gram vinyl clocking in at nearly one hour of chilling audio which serve as a dark musical backdrop to one of the most beloved franchises for horror fans.

Originally released in 1982 and in 3-D, Friday the 13th Part 3 is the first film to feature the legendary slasher, Jason Voorhees, wearing his signature hockey mask. This image of a machete wielding, hockey masked killer became the trademark for the franchise, as well as an iconic image in American cinema and horror films in general.

Waxwork Records incorporated the lost, deleted final scene of the film into the inner gatefold illustration. This deleted scene from the film depicted an unmasked Jason Voorhees violently beheading the “final girl”. Deemed too graphic by the film studio, the scene was cut from the movie altogether. Here’s your chance to see it up close and personal through the artistic vision of Gary Pullin.

Friday the 13th Part 3 vinyl soundtrack is available to pre-order from waxworkrecords.com; expected to ship October 2019!