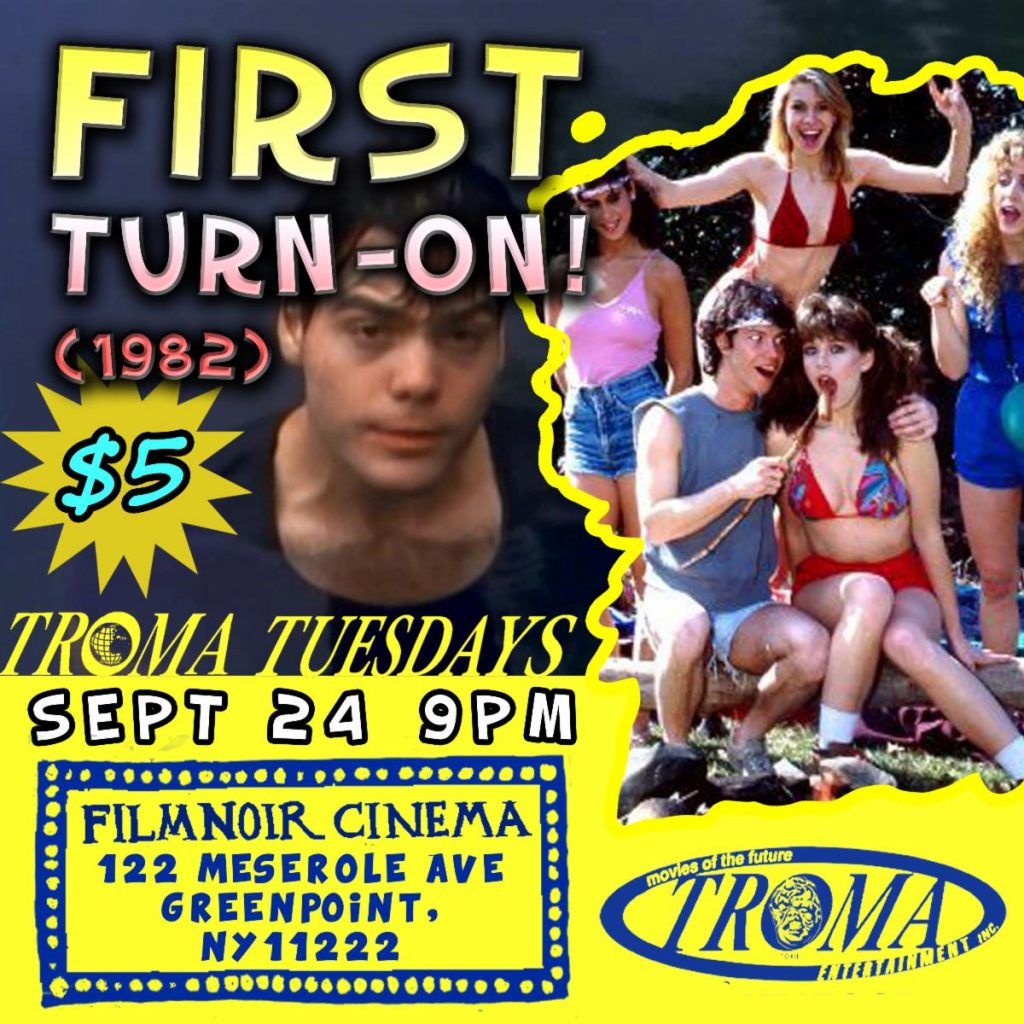 The First Turn-On! is the Tromatic hit comedy which shows what happens when young, innocent teenagers become ‘initiated’ by a mature, older and very sexy woman at summer camp. In the tradition of Porky’s, Squeeze Play and Waitress!, this is a film for anyone who wants to laugh and get ‘turned-on’ watching what happens to a group of innocent kids at the wackiest summer camp imaginable. See the movie that started the acting career of Vincent D’Onofrio (Full Metal Jacket) and bared the breasts of Penthouse Pet of the Year, Sheila Kennedy. The First Turn-On!, it’s always the wildest! 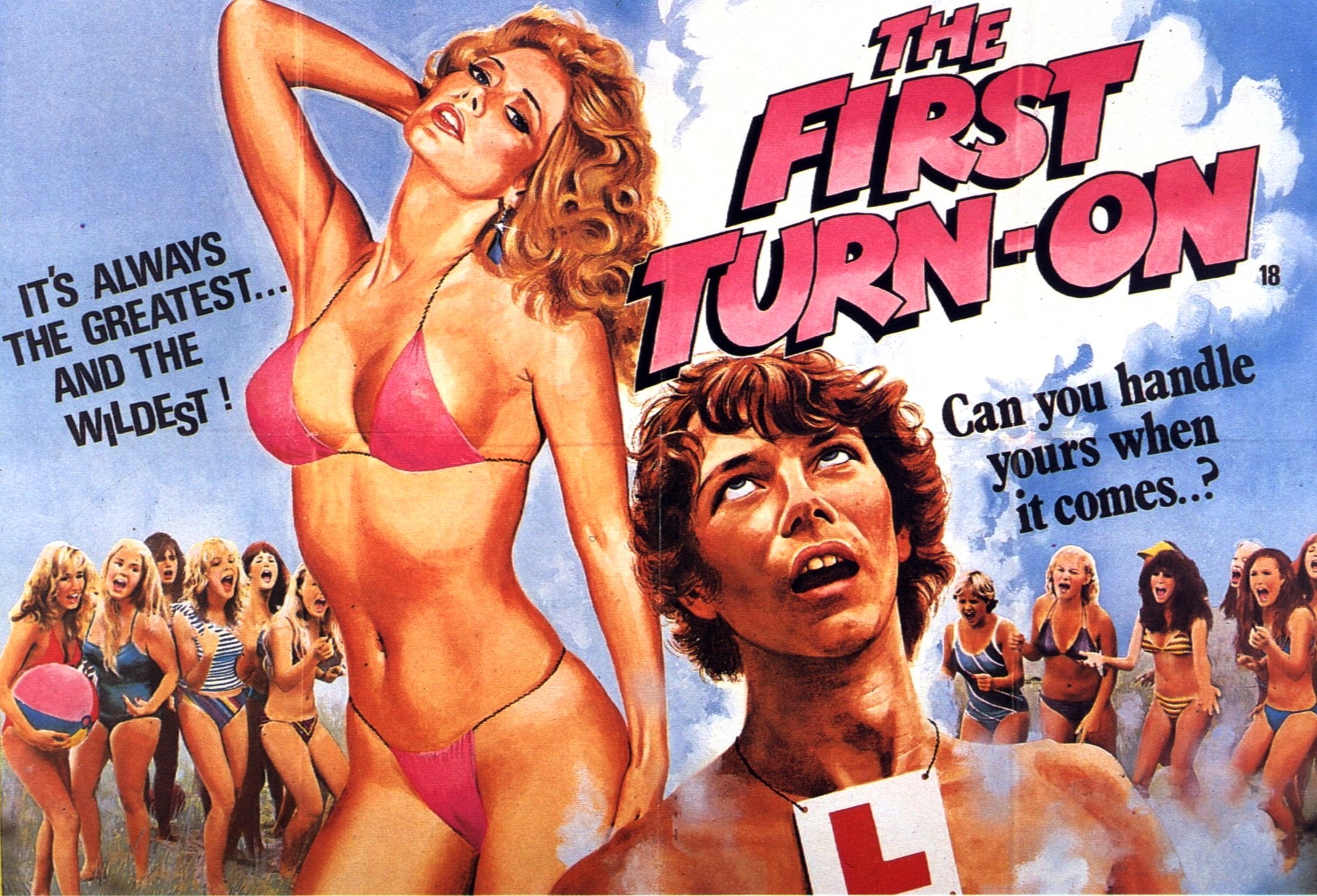 Fans can see The First Turn-On! on September 24th for ONLY $5 at Film Noir Cinema in Brooklyn and for FREE at The Grand Gerrard Theatre in Toronto (donations appreciated), with both screenings commencing at 9:00 PM!