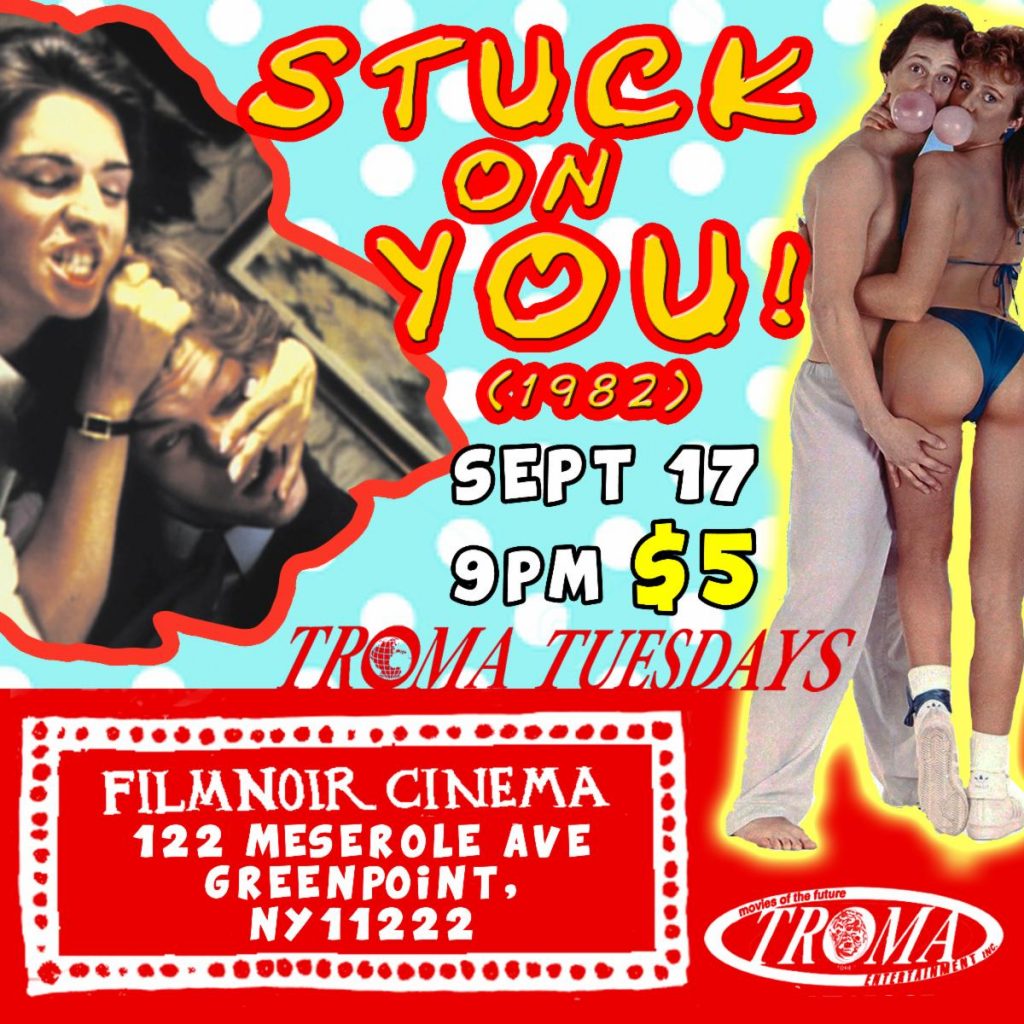 Troma Entertainment presents a ‘Sexy September’ screening of 1982’s madcap, through the ages sex comedy Stuck on You! on September 17th at Film Noir Cinema in Brooklyn, NYC and The Grand Gerrard in Toronto, Canada at 9:00PM!

Stuck on You! (Lloyd Kaufman and Michael Herz’ tribute to Mel Brooks, Stan Friedberg and Tom Lehrer) is a nutso, hilarious, sex odyssey for lovers of all ages. It’s all about lovers down through the ages! From cave couples, to “coupling” Columbus; from Atilla and his sext “hons”, to King Arthur and his knights of the raunch table…you’ll come unglued with laughter when you see Stuck on You!

Bill and Carol are very much in love but like many of today’s couples, they have their problems. After splitting up they go to Family Court where they are brought up to Judge Gabriel, hilariously played by comedy legend Professor Irwin Corey. The fun and adventure begin as Judge Gabriel takes Bill and Carol back in time! He shows them that their own problems are the same problems that couples have faced since the dawn of time. Find out for yourself the surprising truth about who Judge Gabriel really is. Stuck on You! – “It’s boys, it’s girls, it’s crazy… It’s a stuck’n good time!” 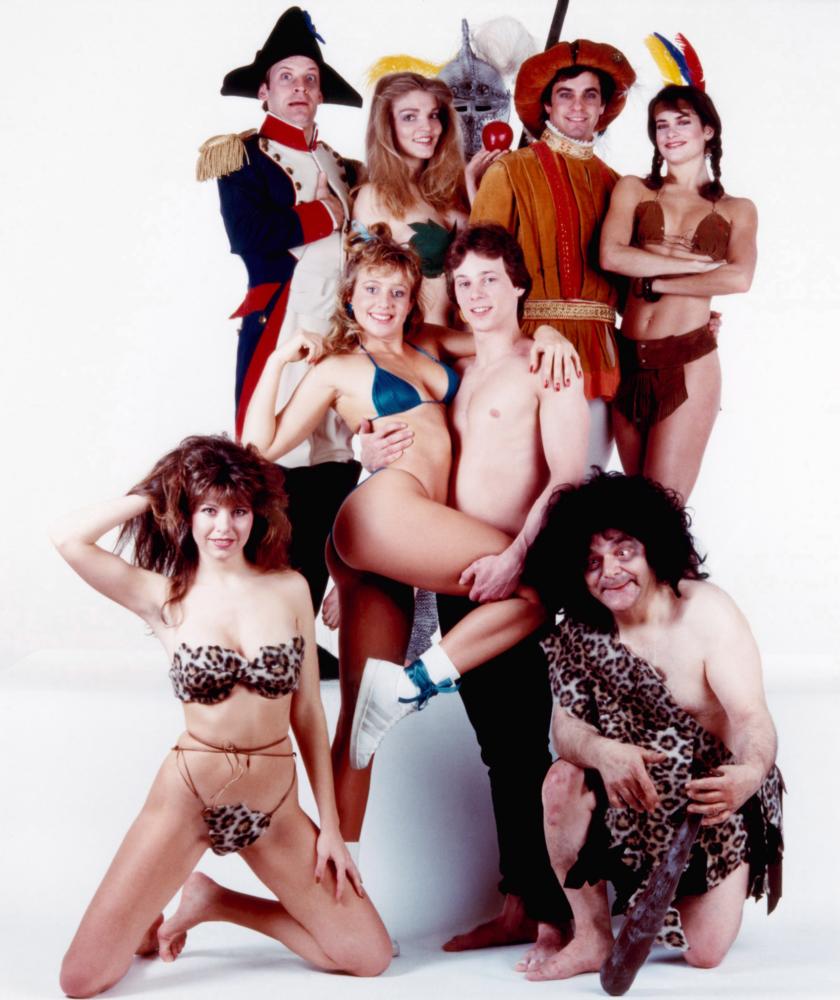 Fans can see Stuck on You! on September 17th for ONLY $5 at Film Noir Cinema in Brooklyn and for FREE at The Grand Gerrard Theatre in Toronto (donations appreciated), with both screenings commencing at 9:00 PM!