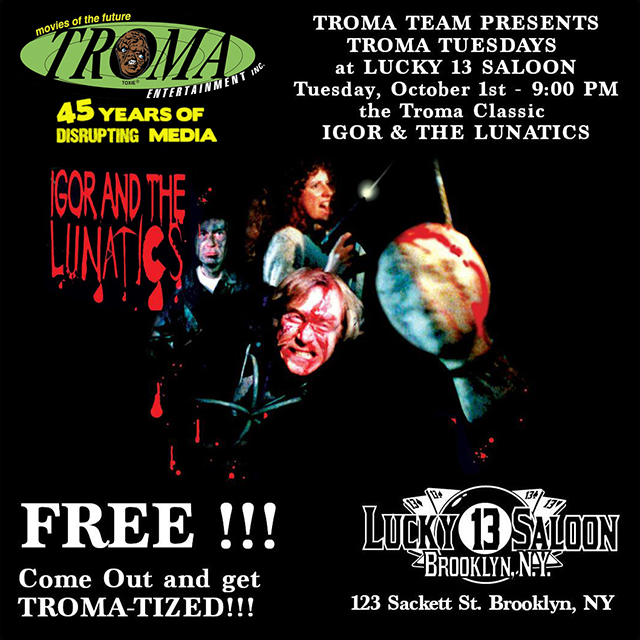 Troma Entertainment slices into October with a FREE Troma Tuesdays screening of 1985’s cult revenge-shocker Igor and the Lunatics on October 1st at Lucky 13 Saloon in Brooklyn, NYC and The Grand Gerrard in Toronto, Canada at 9:00PM!

Sixteen years ago… Random bloodshed ran rampant and a terrible tidal wave of brutal slaughter flooded Tromaville. The townspeople finally caught up with Igor and his evil blood-thirsty gang and locked them away to rot in prison. Peace and tranquility filled the small village once again. But now they’re on probation… They’re more deranged, demented and deadly than before! Igor and the Lunatics are back to seek revenge upon the town that sent them away, and finish what they started sixteen years ago! If you scare easily, be warned! Prepare yourself for the unrelenting evil and terror of this crazed religious sex cult out for revenge! Get ready for a rampage of brutal raping, torturing and murdering…climaxing in one of the most frightening and violent bloodbaths ever captured on film! It’s Igor and the Lunatics! 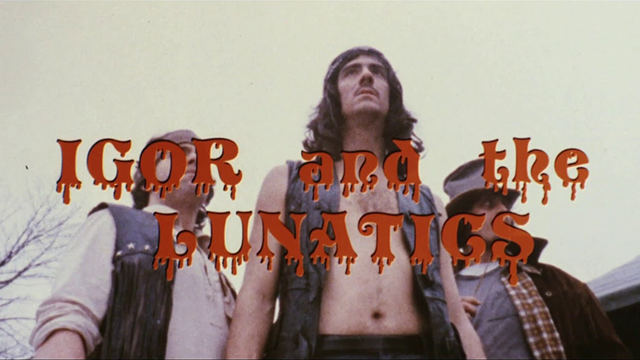 Fans can see Igor and the Lunatics on October 1st for FREE (donations appreciated) at Lucky 13 Saloon in Brooklyn and The Grand Gerrard Theatre in Toronto, with both screenings commencing at 9:00 PM!