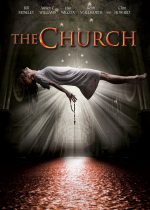 The Corinth Baptist Church has hit some troubling times, its congregation is diminishing and funds in the collection box are low. However, this is the least of its problems. For Pastor James, (played with quiet confidence by Bill Mosely), the future of his family legacy is looking grim. This is The Church, directed by Dom Frank (distributor Indican Pictures) whose principal setting also happens to be the place of worship that his own family have attended for decades. Although pressured to sell the church by estate agents, investors and most persistently of all his glamourous fur wearing wife Loretta for reasons ranging from reaching the community to big screens that will deliver the message of God to 2,000 people, Pastor James appears to have reservations. We soon come to learn that the decision is out of his hands as under church doctrine he requires the majority support from the board of trustees. Can the Pastor’s days of preaching to a near empty church be exchanged for a state-of-the-art building crammed full of followers and if so, at what cost?

Frank begins with a prelude where in a bar we meet Joe and Dan, two brothers who will disappointingly become meaning-less and will also never be seen again after the opening titles role. Their ticket: ‘out of this shithole’ depends on the sale of the church and after the bar tender advises them to pay Pastor James a visit they pluckily agree. Upon arrival they find the Pastor is not ‘at home’ and instead encounter Maria who tends the church and whose presence creates a most unusual atmosphere. It’s with Maria that the camera lingers until the scene makes way for the title card and ‘The Church’ blows away in a smoky whisper. 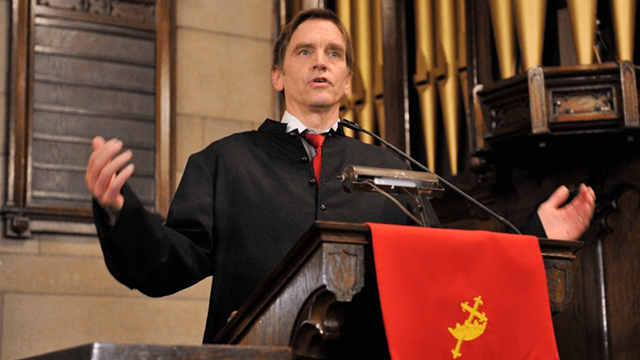 With a cast of characters to rival Friday the 13th: A New Beginning (Steinmenn, 1985), the film begins strongly by diving directly into action. In no time at all, we move from the office of Lawson Estate Agents (a father /son business) where the land sale is being handled to the house of James and Loretta where they debate the pros and cons of upgrading the church; here the action is well paced and trim. It’s not yet clear that Loretta is in fact a money hungry go getter who doesn’t have the church’s best interests at heart but once Ronald Lawson (the son element of Lawson Estate Agents) approaches Pastor James at one of his sermons and leave him with a pack containing aspirational photographs and a ton of cash, her true motive emerges. James is insulted by the pile of cash but Loretta is thrilled as she sets about poisoning her husband’s ear Lady Macbeth like with promises of what they could do with it. She hits peak villainess mode however when we see her co ordinate an alcohol infused meeting with two members of the congregation where it is revealed that behind the scenes, Loretta plans to manipulate the trustees in order that their decision ensures her financial gain. 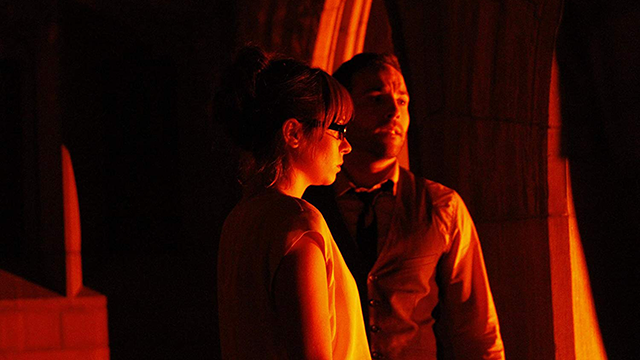 Back at the church, the votes are counted (by Loretta) and a flashing light strikes as she rubs out some markings. Is this an explainable power blip or the supernatural force of God and if so, is he showing his support or communicating in protest to the result? Teasingly, the decision of only two of the three boards are revealed. Ronald Lawson telephones the investors to deliver the good news (pardon the pun!) but a strange and unwelcome red smoke encircles him as he does so, is this a foreshadowing of events to come?

The pivotal scene occurs during a meeting held between the investors, the trustees (including the Pastor) and the estate agents at the church itself. Here is where the carnival of special effects begin to kick in and unfortunately they distract from the action rather than enhance it. Despite this the film creates some good moments such as when Loretta declares judgementally: ‘these kids in this neighbourhood’ while sat under letters that read ‘The Children’s Church’ but on the whole the scenes are more impactful when Frank is thinking on a much smaller, subtler scale; the shaking of crucifixes and cluttering of pans being two cases in point. With all doors and windows now inaccessible, the group discover they are shut in with no means of escape. Shut inside the confines of the church each character must fight for survival but unlike Night of the Living Dead (Romero, 1968) the monster is not outside but within the walls of the building which as one character ironically remarks: ‘should be our sanctuary’. 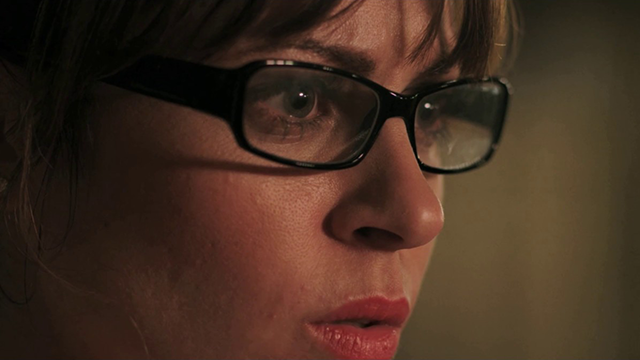 As the group are pursued, possessed and pulled away by the unknown force we are frustratingly never given any solid rationale for who (or what) is doing this and why. This coupled with the decision to devote the early part of the film to the corrupt characters means that when jeopardy strikes, its hard to conjure up the empathy for those we should be rooting for. Puzzlingly, there’s also no coherence in the selection of people who are picked off by this vengeful force as it unleashes its wrath on both those who seek personal gain from the sale of the church and those who don’t. As you’d expect, amidst all the ensuing chaos the group periodically unite and repel but regrettably this doesn’t produce any moments of great tension or compassion. At one point, a Deacon of the congregation declares: ‘there is no logical or biblical explanation’ and he might be closer to the truth than he imagines. The film clearly tries to push forward Andre (one of the investors) forward as the knowledgeable one who knows why all this is happening but this is seeded all too late and when his theories are provided, sadly they don’t make much sense. 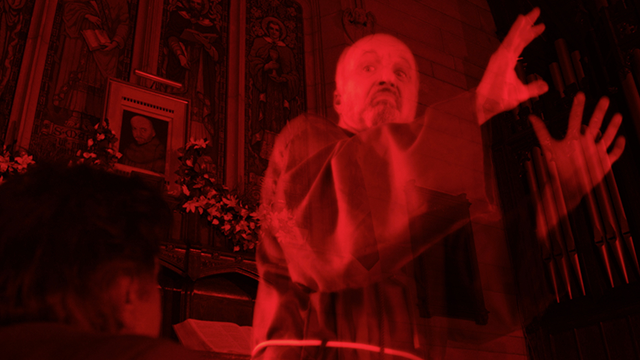 From an aesthetic perspective, The Church is well polished given its small budget but is at times too brightly lit given its subject matter and might have benefited from exploiting the architecture of the church in a nod to the shadows of gothic horror. However, in the film’s final chapter there is use of an Argento red (is this a reference to the Dario produced 1989 film also entitled ‘The Church’?) which drenches the screen that is both visually impressive and is for the most part incredibly effective. Sound and music are fairly rudimentary (with the exception of ‘Sinner You Better Get Ready’, an original gospel hymn which plays at the end credits roll) but are already working at a bit of a loss when the story isn’t reaching the peaks it should.

To his credit, the director is aiming to use a familiar horror structure to provide a commentary on greed and gentrification but in terms of the story at large there are too many missing pieces and a lot of expendable sub plots. Female characters are also harshly treated in that they are either morally bankrupt or lack any kind of agency over the narrative. In summary, I can completely understand what this film is trying to achieve and, in a way, it’s doing all the right things to try and hit these notes. Unfortunately, in terms of assessing its ability to produce moments of suspense and tension it often tries to do too much and in doing so it never quite gets there.