Half of what makes a good horror film is a good monster. Without a believable, and ultimately scary, antagonist there’s not much for the audience to latch onto. No film studio – not even the amazing Hammer Films – has ever been able to hold a candle to the classics, and probably wouldn’t have ever existed without the Universal monster movies of the 1930s and 40s. With Universal planning to reboot many of their monsters, we felt it was appropriate to go back and rank the creatures that started it all.

The following is a completely subjective opinion of where the greatest monsters to grace the silver screen rank throughout horror history. 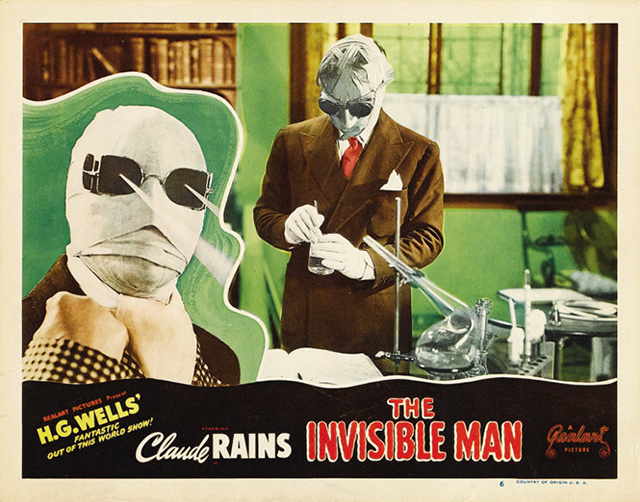 Claude Rains as The Invisible Man is one of the most iconic roles in all of horror and he managed to do it without the audience ever being able to see his face. Now that’s acting! Universal is bringing back The Invisible Man, with a new film currently in development with Blumhouse Productions. It will be written and directed by Leigh Whannell (Upgrade) while Oliver Jackson-Cohen takes over the title role. The Invisible Man manages to continue to hold a surprising degree of popularity, and we hope the reboot remains somewhat faithful to the 1933 film. 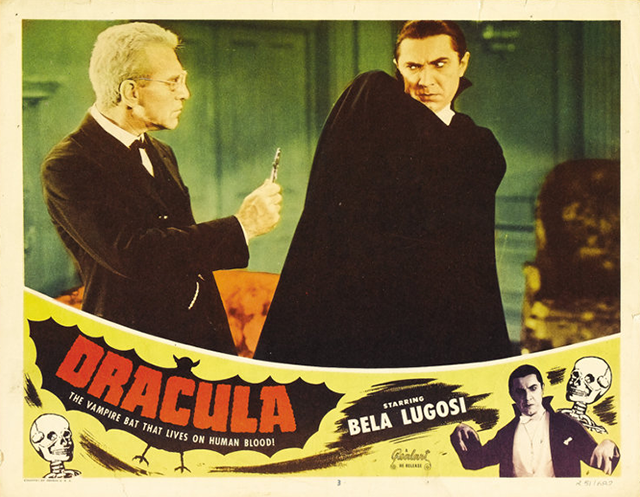 There’s no arguing that Bela Lugosi’s turn as Dracula in Tod Browning’s 1931 film of the same name is one of the greatest ever, but unfortunately the Count just isn’t that scary when compared to the other Universal monsters. Thrilling, fascinating, and enthralling even, but scary? No. A masterpiece of suspense and storytelling, Browning’s Dracula might very well be the best film and the greatest mystery of the Universal pictures. But it doesn’t hold the same cheap thrills seen from the later movies in the canon. If we were just going by the qualities of the films themselves, this would be ranked much higher. This is focused on the monsters, though, so we had to knock it down a few pegs. This is less an insult to Dracula as it is praise of how good the other monsters are. 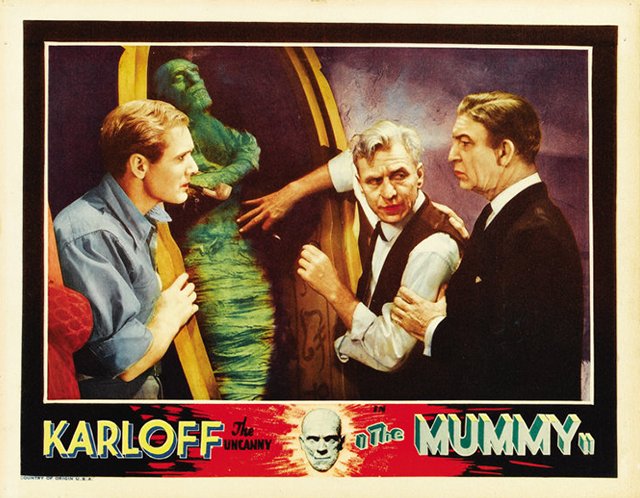 Coming in at the peak of Universal’s Pre-Code horror days, The Mummy holds up incredibly well today thanks to the impeccable pacing, suspense, and the completely creepy atmosphere it managed to create. The fictional history of Egypt and the character of the cursed priest, Imhotep, continue to inspire filmmakers today. Interestingly enough, unlike the other monsters, The Mummy never received its own sequel. There were plenty of other movies about mummies, but the monster of those films was named Kharis and has no connection to the 1933 classic. In fact, Imhotep wasn’t resurrected until the 1999 adventure film starring Brendan Fraser that does a great disservice to the original source material. 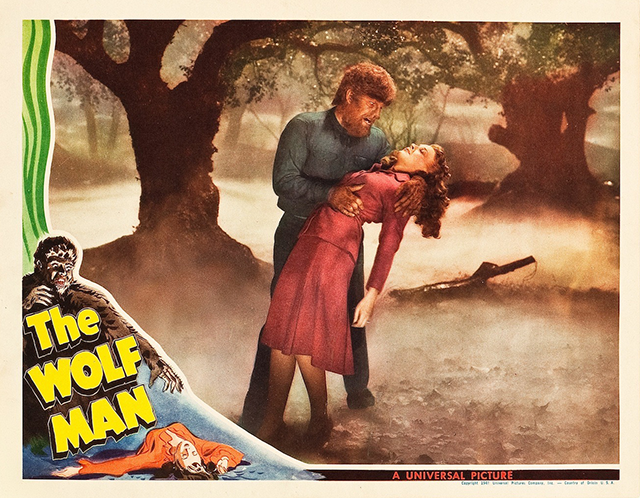 Like Lugosi’s Dracula, Lon Chaney Jr.’s turn in The Wolf Man is one of the acting highlights of the Universal monster movies. One of the most successful Universal pictures, the Wolf Man would appear in four separate films without receiving a sequel of his own. In all of his iterations, the cursed character of Larry Talbot was played by Chaney, which is largely one of the reasons that he and the character have remained so inextricably linked throughout the years. There was already one attempt to remake the film – the 2010 financial disaster starring Benicio del Toro. 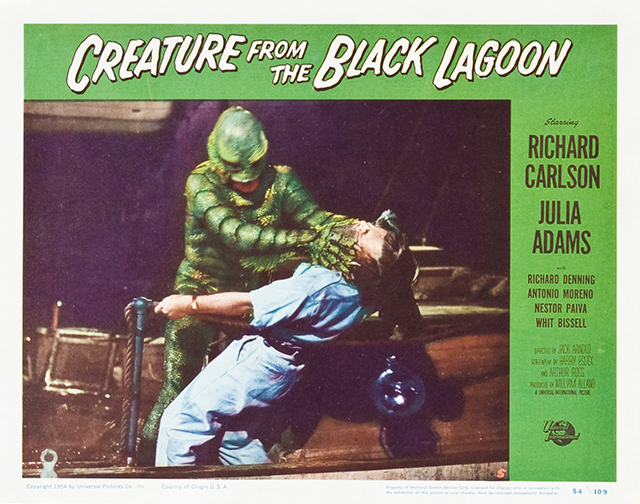 The makeup work for The Creature from the Black Lagoon holds up today as some of the best that’s ever been done. The image of the creature terrorising Julie Adams remains among the genre’s most famous, right up there with King Kong clutching a screaming Fay Wray. Designed by former Disney artist Millicent Patrick and make-up legend Bud Westmore, Gill-Man is a masterwork. He’s equal parts fish, reptile and human, making for a creature that is simultaneously shocking and sympathetic. Like many of the best Universal monsters, you can’t help but feel somewhat sorry for it as it’s rudely awakened from its aquatic home and makes the mistake of falling in love with a human. Today, Gill-Man remains among the most beloved of the classic Universal monsters. 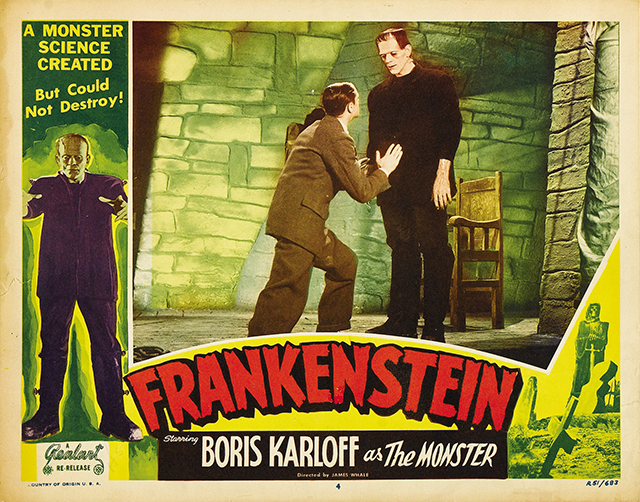 It’s hard to make any list of horror monsters without mentioning the monster itself, Frankenstein’s monster. As any horror fan will tell you, the monster’s name is, “The Monster” and not Frankenstein as so many would erroneously lead you to believe. It remains an icon of horror movies and is one of the most terrifying (and most tragic) figures in the genre (that poor little girl). Mordaunt Hall of The New York Times said of Frankenstein upon its 1933 release:

“No matter what one may say about the melodramatic ideas here, there is no denying that it is far and away the most effective thing of its kind. Beside it Dracula is tame and, incidentally, Dracula was produced by the same firm…”

This only lends further credence to having Boris Karloff’s portrayal at the top spot.