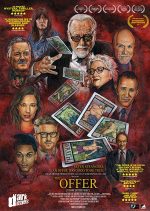 Imagine you’ve received a mysterious summons to a grand old mansion, along with a check for several thousand dollars. Most of us would probably think it was a scam, despite the money, but you’d be terribly curious, of course. It’s certainly a step up from the ‘Nigerian Prince’ scam. Maybe you’d even go out to this grand old mansion, just to see what it’s all about. That’s what Gabby (Gemma Gordon) does in The Offer, and she arrives to discover that six other guests like her have already arrived.

Used-car salesman Mike Bishop (Bruce Jones) is the first to welcome Gabby, in his own unique fashion, much to the disgust of Rose (Barbie Wilde). Bishop has also gotten on the bad side of the youngest member of the group, Daniel (Darnell Spence) and actor Sebastian (Nicholas Vince), because Bishop can offend anyone in ten seconds flat. Banker Jonathan (Simon Bamford) and regular working guy Derek (Stanley Rawlings) have wisely tried to stay away from him, though you have to admit that no gathering will ever be dull with Bishop around. 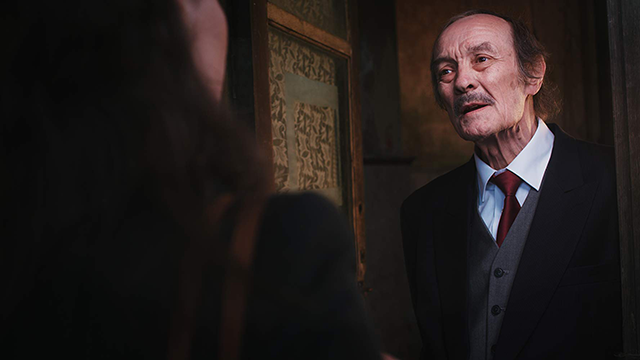 The butler (Oliver Smith) who welcomed them informs them that they’ve been randomly chosen for a chance to win a life-changing inheritance from their host (Kenneth Cranham). He was also in Hellraiser, as were several of the other actors here, so this is a reunion of sorts, but it’s hardly a restful reunion seeing as they’re still in a horror movie.

Sadly, the butler informs them, their host is now deceased, though with them in spirit through the aid of recordings made prior to his death. They’ll be playing a game, winner take all, and whatever happens the non-disclosure agreements they signed will be binding. I don’t think I’d sign any NDA no matter what the incentive. Those are the most insidious legal documents ever devised. Anyway, despite being given one last chance to change their minds, all of them decide to stick it out and the game begins. And it’s as horrible and bloody as you might expect — possibly more so, since each wrong answer brings increasingly gory consequences that quickly go way, way over the top. 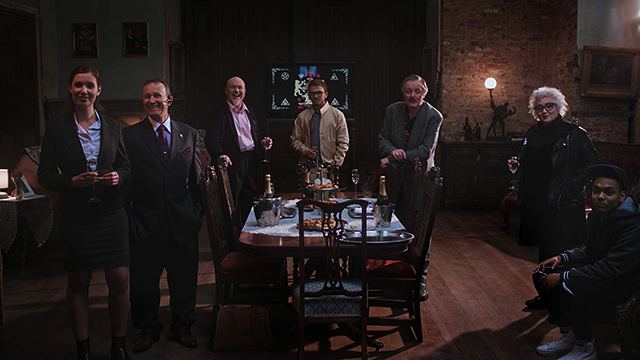 But that aside, it’s an intriguing opener to what could be an innovative series. It starts with a concept for the wildest, weirdest reality TV show imaginable and takes it to its logical extremes, creating a scenario that’s both horrifying and more frighteningly probable every day. After all, sooner or later all the tamer ideas will have been done and you’ll have to go pretty far out there to find something new and exciting.

But the most frightening part of The Offer is that it points out not only how difficult it is to know another person, but how hard it is to know yourself. The game forces the characters to look at their darkest, deepest secrets, and no one ever wants to face the fact that they might be the villain in their own life story. It’s a fascinating mix of psychological horror and slasher movie, throwing a group of disparate characters into a situation where they both distrust everyone and are forced to rely on each other as all the cards are stacked against them. If you thought Survivor was getting too strange, you haven’t seen anything yet.