Mad, bad and dangerous to know… Nicolas Cage is famous for his gloriously over-the-top outbursts, elevating average film scenes into moments of truly hysterical greatness. With his dialled-up-to-eleven delivery, manic eyes, and wild character tics, The Cage has turned in a slew of unhinged performances over the years to the delight of audiences everywhere.

Our favourite actor’s latest feature, revenge thriller A Score to Settle, is full of classic moments of full-on Cage madness (more below!) and so to celebrate we’re taking a look back at some of his most standout scenes of sheer insanity… 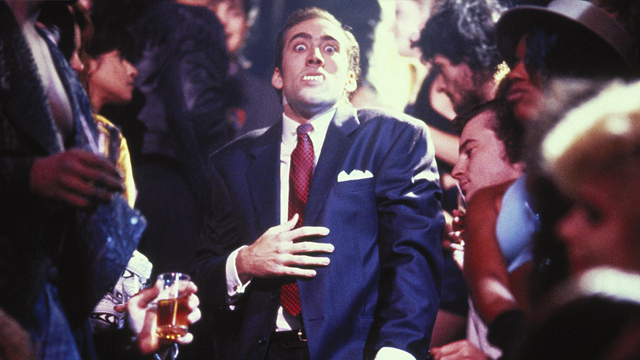 With his star on the rise after hits including Moonstruck and Raising Arizona, Nicolas Cage embarked on this vampiric horror-comedy and a thousand memes were born. In Vampire’s Kiss our hero plays a yuppie literary agent whose mental health starts to decline leading him to imagine he’s turning into a vampire. Cue some of the most manic scene-chewing performances ever committed to celluloid as Cage dons plastic fangs, shrieks in sunlight, attempts to drink blood, and mercilessly torments his poor secretary Alva. In a film full of manic moments our favourite is not when he’s eating bugs, crawling out of coffins or stalking through a club like a modern day Nosferatu, but when he’s simply stood at his desk giving a particularly mean spirited sermon to Alva. Look into his eyes and see the true face of madness!

“You’re the lowest on the totem pole here, Alva!” 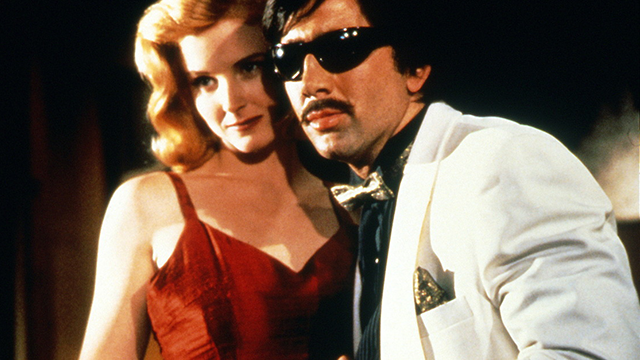 A lesser known work in the Cage filmography that might have been forgotten if it wasn’t for the inclusion of one epic Cage-freakout. Directed by Nic’s brother Christopher Coppola (nephew of the great Francis Ford Coppola) this crime thriller features a fantastic cast including James Coburn, Michael Biehn, Charlie Sheen and Peter Fonda as double crossing con artists in an increasingly complicated sting. One standout moments of Nic Cage madness, occurs when his character gets into a heated strip-club altercation with a bar heavy. Exiting the club in rage, Cage has no problem getting in the face of the other patrons, nonsensically slurring his lines as he makes his way to the door, you’ll need luck to work out what he’s saying… that is until the final lengthy expletive! 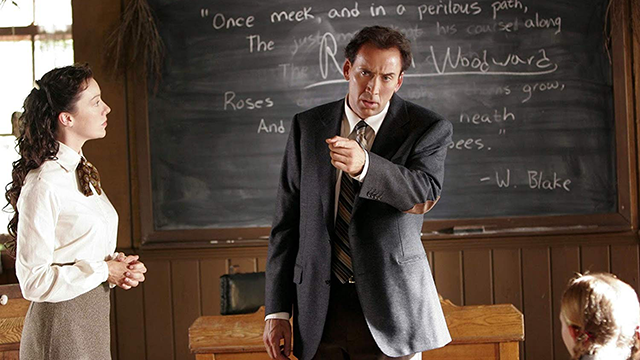 This notorious remake of a British horror classic is another film that might have been forgotten by time if it wasn’t for a performance so over the top it’s elevated the film to cult status. Taking over from the stoic Edward Woodard in the acclaimed original, Cage plays a police officer, Edward Malus, who heads to an island inhabited by pagans as he searches for his missing daughter, only to grow increasingly uncomfortable with what he finds. Amongst several scenes of epic weirdness including Malus donning a bear costume and punching a woman in the face, it’s the film’s ending that truly blows the mind. In what’s already a bizarrely silly climax, where Malus is being murdered by having bees poured onto his face, Cage does his best to kick it up a notch with his agonised cries! 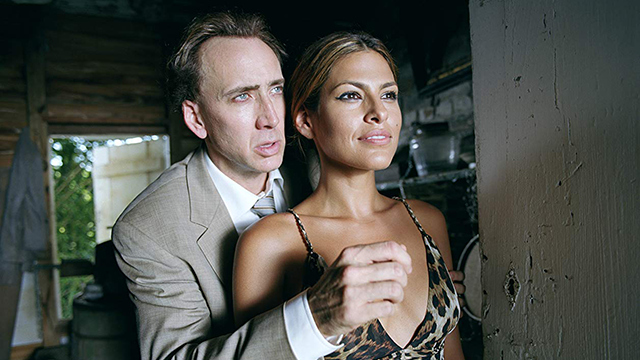 Leading German auteur Werner Herzog put Cage on the beat in New Orleans as a corrupt lieutenant balancing his police work with his numerous vices, as he goes about business in the sex and drug fueled party town. An avid drug abuser with a prostitute girlfriend (Eva Mendes) there’s plenty of opportunity for Cage to be at his gurning, cackling best in the film. One stand out moment comes while in the office of a drug kingpin (Xzibit). Cage’s cop character impresses his gangster friends by taking a lengthy hit from his lucky crack pipe before launching into a nonsensical story and cutting drug deals while laughing maniacally the entire time. When the scene ends with a shootout, Cage hallucinates the soul of a fallen foe breakdancing over his former body. Weird. 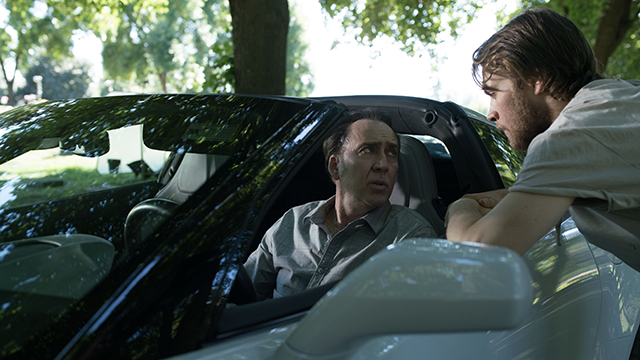 In Nicolas Cage’s latest he plays Frank, a former mob enforcer fresh out of jail after a lengthy sentence, and with a thirst for revenge against those who put him there. With a terminal diagnosis hanging over his head, Frank is torn by the need to repair his relationship with his estranged son and his need to exact revenge. Of course, when Frank discovers his former friends aren’t quite what he thought they were, he loses it… in classic Cage style! While there are plenty of standout moments, including a gloriously 80s shopping montage, a freaky sex scene and the sight of Cage cupping his ears to better hear an enemy scream (after shooting him in the balls!), the best comes from a tense confrontation where we get the full Cage crazy-eyes as he demands to know:

A Score to Settle is available on DVD from Lionsgate UK. Release date: 30th September 2019