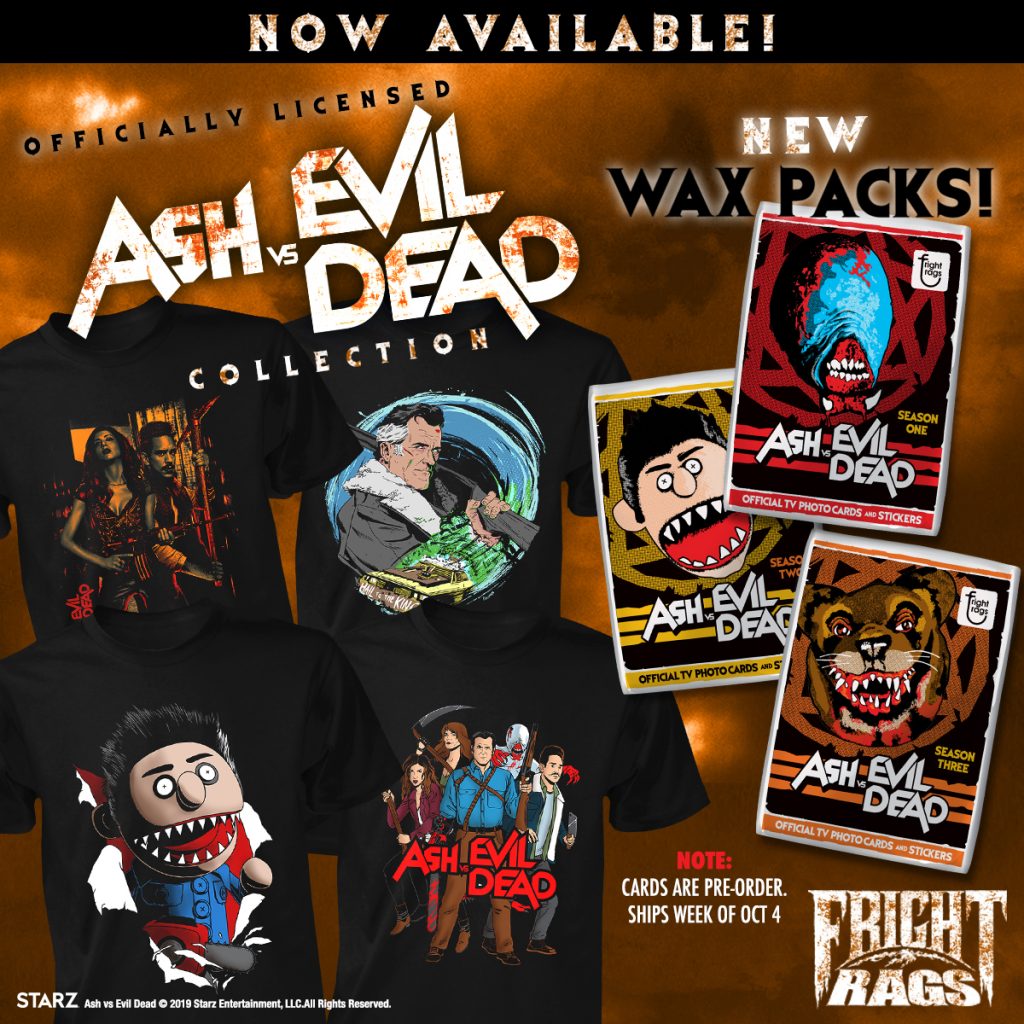 Fright-Rags have created Ash vs. Evil Dead wax packs. Available from each of the TV show’s three seasons, every trading card pack contains a variety of photo cards plus a sticker. Four new Ash vs. Evil Dead t-shirts are also available, featuring Ashy Slashy, faithful sidekicks Pablo and Kelly, and Ash himself.

Celebrate 45 years of The Texas Chainsaw Massacre with two new t-shirts from Fright-Rags. One features the chainsaw-wielding Leatherface chasing after Sally, while the other is inspired by Tales from the Crypt.

Come out to play with new The Warriors merchandise from Fright-Rags. Choose your side with Warriors and Furies enamel pins, along with a pair of The Warriors socks.

Ash vs. Evil Dead, The Texas Chainsaw Massacre, Pet Sematary, and The Warriors collections are on sale now at Fright-Rags.com “Glory, Gory, Hallelujah!” 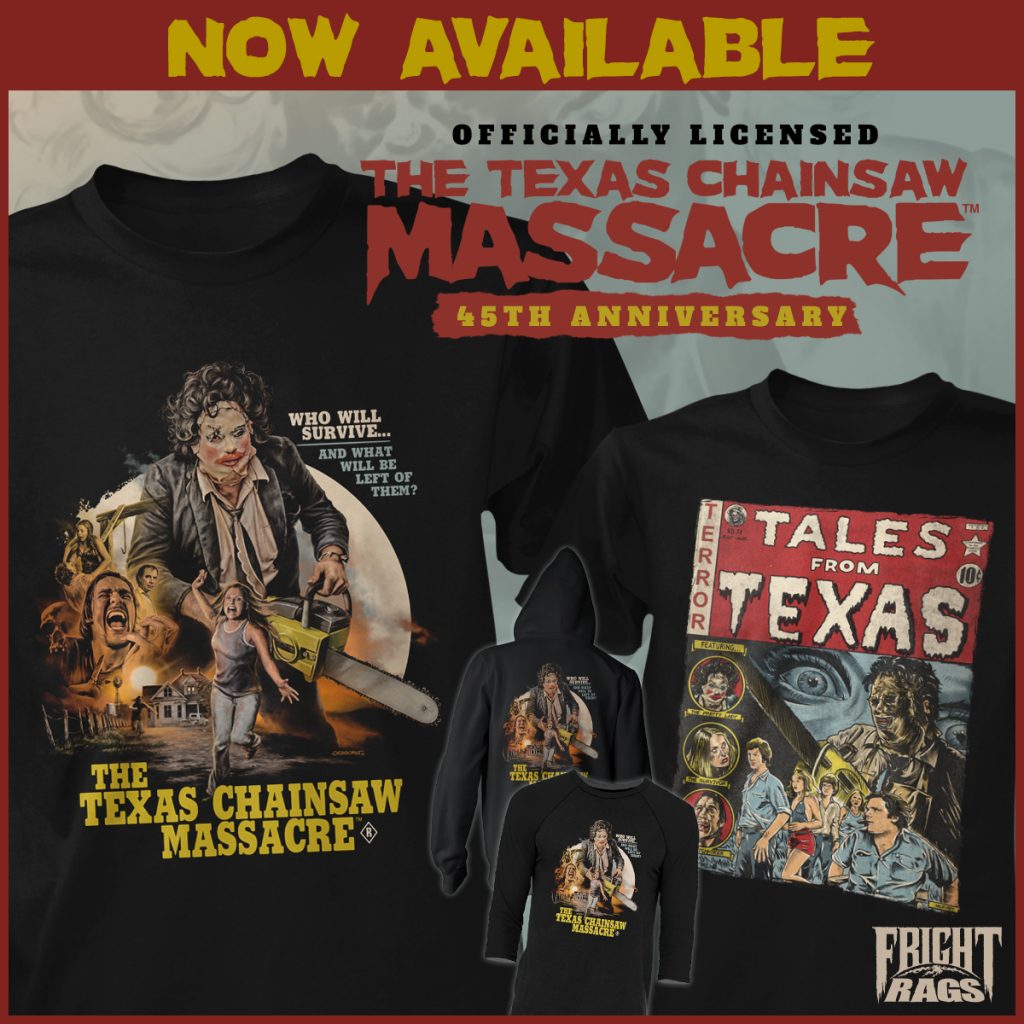 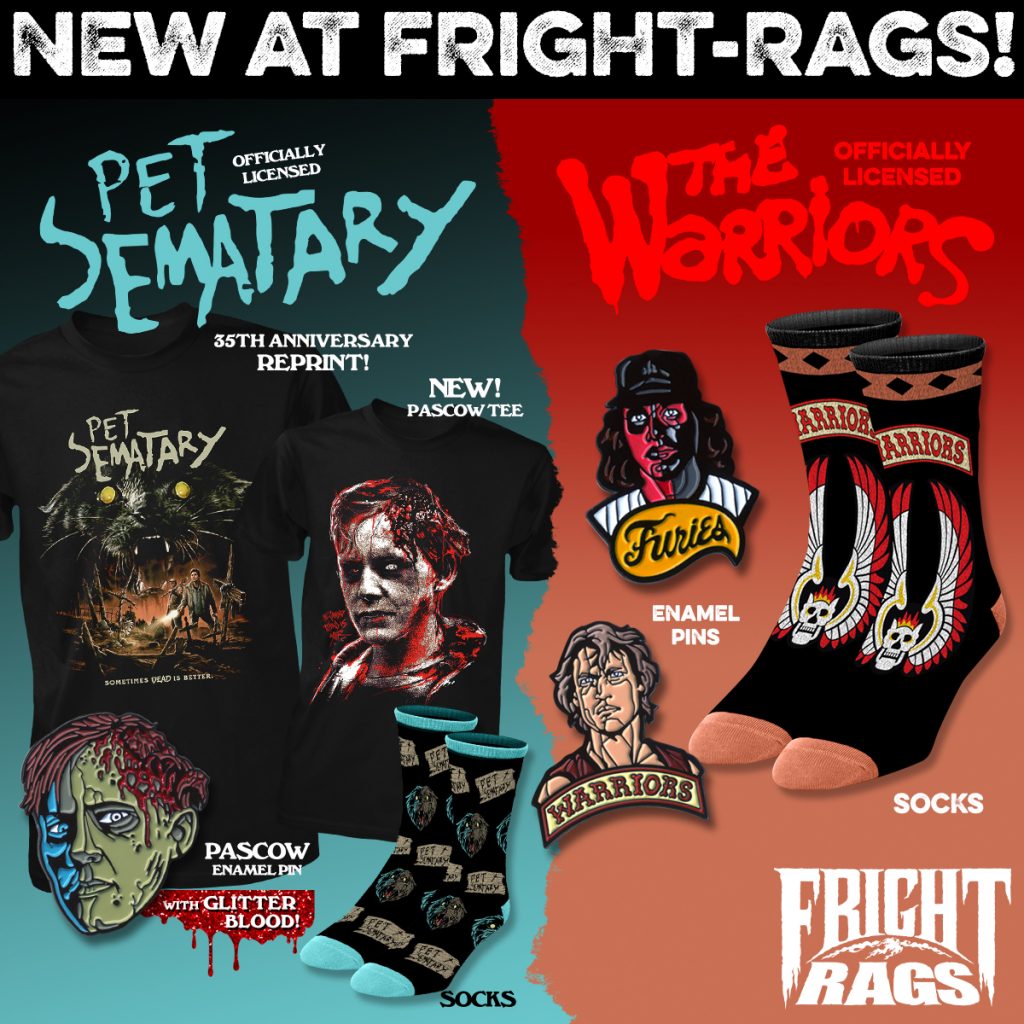