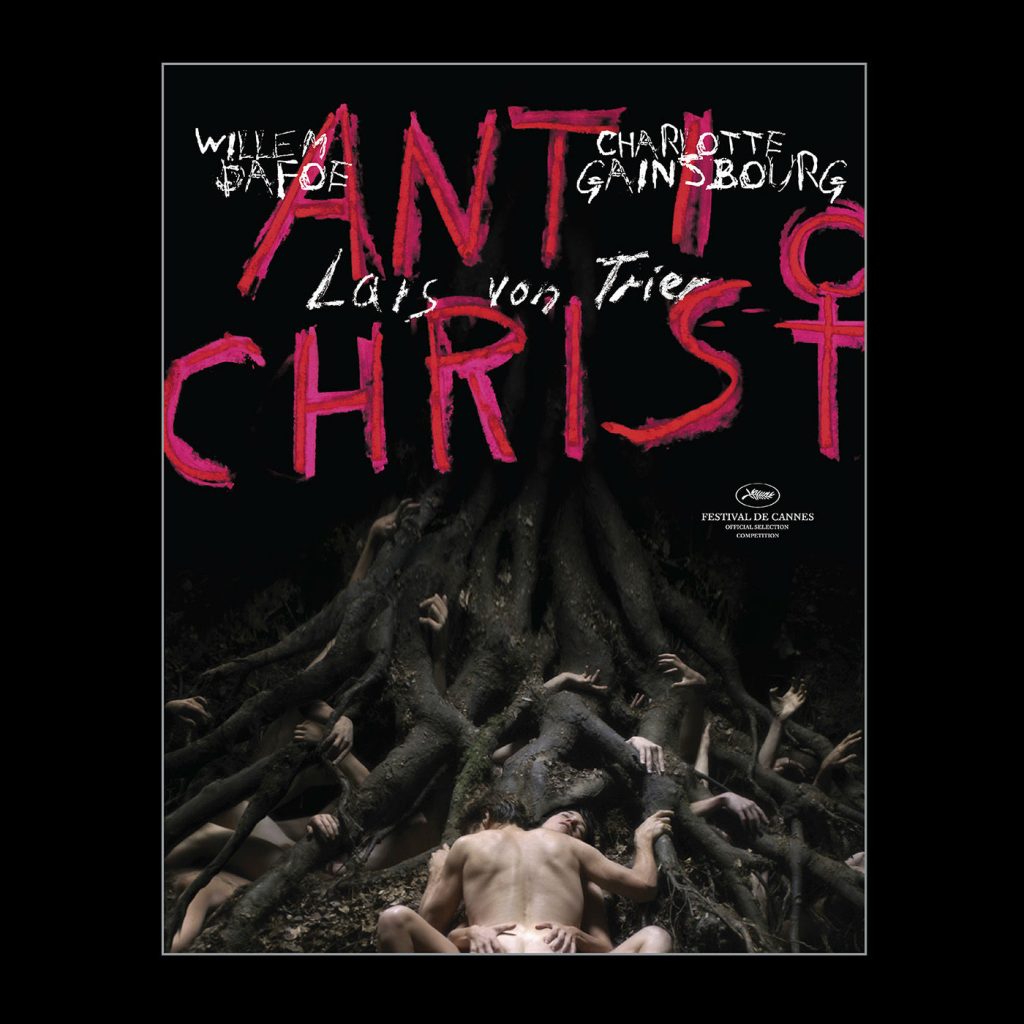 Lars Von Trier’s Antichrist was my first introduction to the Danish art-house director; a genre film that has stuck with me for almost ten years. It is an extremely difficult film to watch unfold, as it tells the tale of a couple (portrayed by Willem Dafoe and Charlotte Gainsbourg) whose child falls to his death from a bedroom window whilst they are preoccupied having sexual intercourse. In order to deal with their grief, they both retreat to a cabin in the woods but this only leads to increasingly forceful, violent sexual behaviour.

Just like the film itself, Antichrist’s soundtrack is uncomfortable to listen to. The award-winning score from Lars Von Trier’s frequent collaborator Kristian Eidnes Andersen was composed using only natural sounds and samples using organic materials; each element overseen by Von Trier to ensure it fits with his themes of nature, sex, religion, depression, and mental illness. Indeed, Eidnes Andersen’s sound design uses only instruments of his own devising: blowing upon a leaf or through blades of grass, beating on rocks, and snapping branches for example. Eidnes Andersen also went as far as to record his own internal bodily functions by swallowing a small microphone…

“We tried to create a different kind of horror soundtrack. Although it’s not really a horror film. But we wanted to create this feeling of unease the story has.” – Kristian Eidnes Andersen, sound designer on Antichrist

The result is an ominous score that matches the sadomasochism that unveils itself onscreen; a thought-provoking soundscape of elements that have been meticulously layered and arranged to form something that has a sense of familiarity upon first listen for horror fanatics, but gradually reveals itself to be as unsettling and, perhaps, as polarising as the blood ejaculating visuals conjured from the mind of director/agitator Von Trier.

Even with the addition of Antichrist’s main refrain, the soundtrack is relatively brief at approximately 17 minutes total. With this in mind, Cold Spring has pressed the entirity of the soundtrack to the A side, and has rather fittingly laser-etched the B side with the quote: